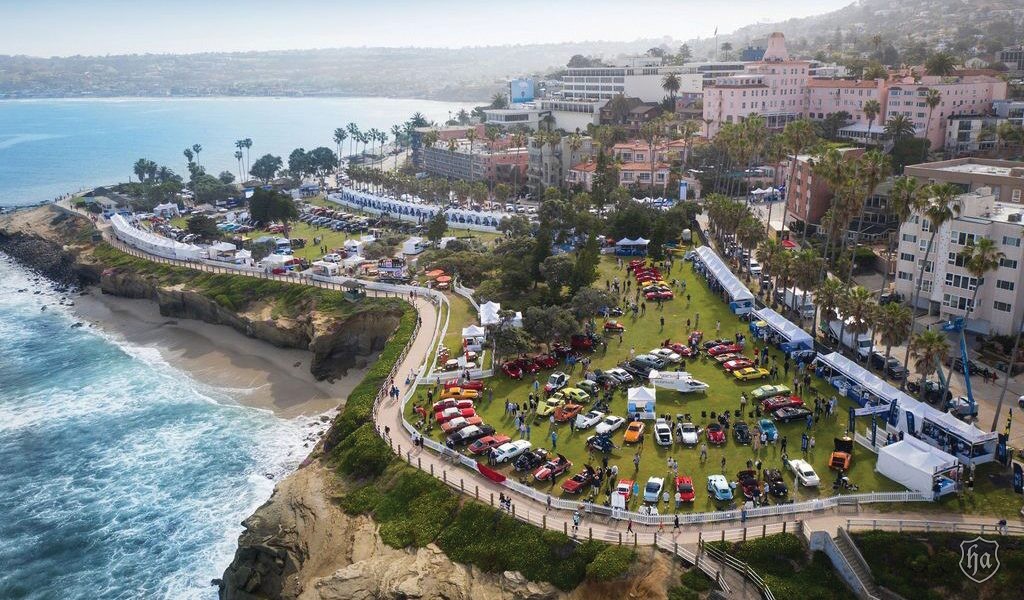 The 16th La Jolla Concours d’Elegance, will honor the legendary Mercedes-Benz 300SL Gullwing and the Bugatti legacy at Ellen Browning Scripps Park on the bluffs of La Jolla Cove in San Diego, September 20, 9 a.m.–4 p.m., completing a weekend of festivities.

Presented by LPL Financial and Pacific Sotheby’s International Realty to celebrate its own 16th year of automotive excellence, the La Jolla Concours d’Elegance will showcase 120-plus stellar automobiles from around the world. On Saturday, September 19, the free Motor Car Classic will feature 75 vehicles from car clubs on the street next to the park.

Produced from 1954 to 1957, the 300SL Gull Wing is so called because of its upward-opening doors, engine displacement of almost 300 centiliters and “Super-Light” tubular frame construction. A number of these will be displayed, including the 1955 owned by Valley collector Dan Withers, which was featured in Highline Autos February GreatGarages. 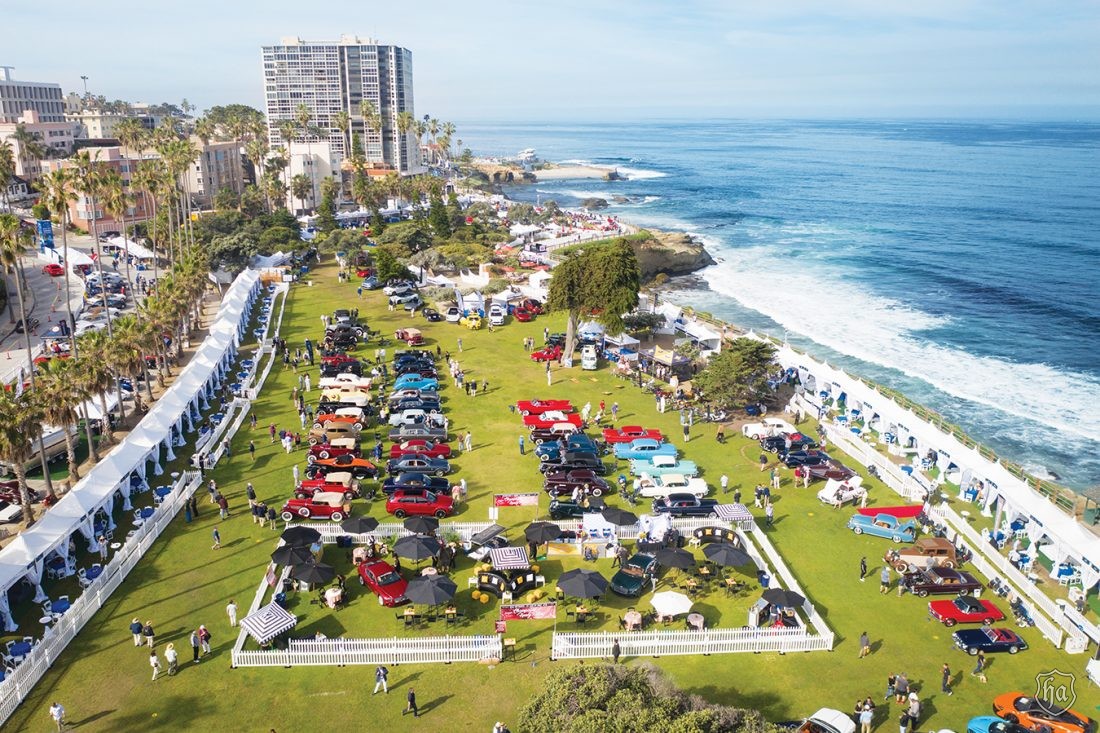 Ettore Bugatti’s design and manufacturing legacy will be celebrated during this, the 110th anniversary of the first Bugatti automobile. Inducted into the Automotive Hall of Fame in 2000, Bugatti will be acknowledged as a car designer who produced some of the finest road cars and racecars of his day.

The American Bugatti Club, founded in Southern California in 1960, will assist in honoring the great marque in five judged classes, while also celebrating the group’s 60th anniversary. Among the Bugattis to appear is the Pur Sang Prototype, which preceded the first production Bugatti in 1910, the Type 13, the “Brescia.” And, an example of one of his son Jean’s designs, the great 1936 Type 57S Atlantic coupe, will also be seen. 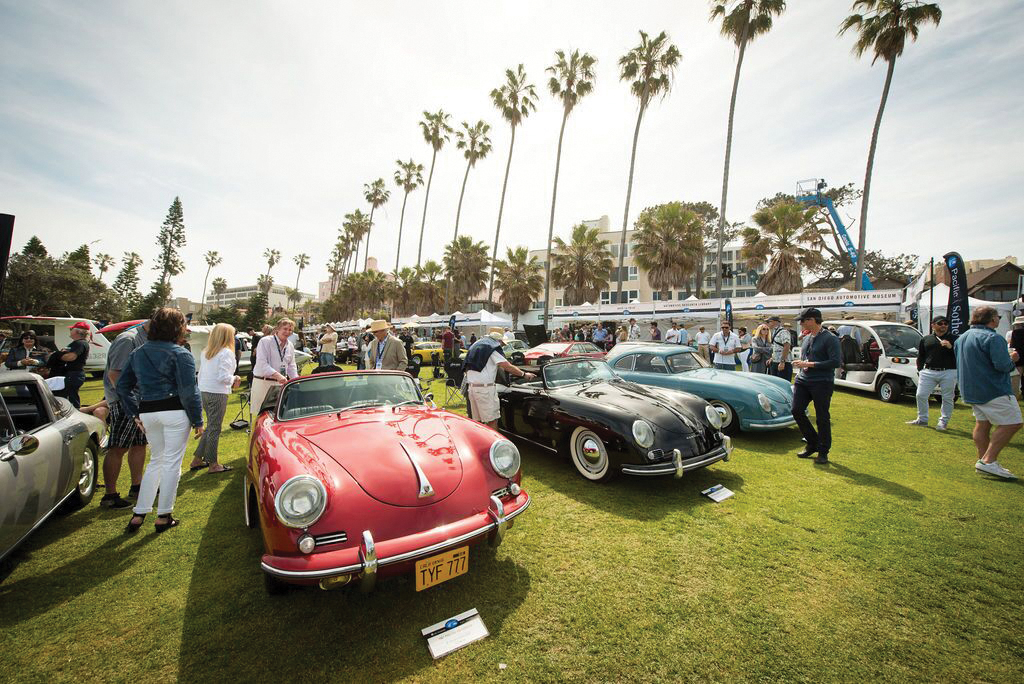 All proceeds of the La Jolla Concours d’Elegance fund the La Jolla Historical Society, dedicated to preserving the city’s history. In addition, local community nonprofits will receive a portion of other weekend revenues.

“Our all-star team of volunteers and committee members are proud to present another amazing La Jolla Concours d’Elegance.” says Concours Chairman Michael Dorvillier. “‘World Class Cars. World Class Experience’ is the best way I can summarize what you will see and experience at the La Jolla Concours d’ Elegance. You won’t be disappointed.”

For more information, to obtain a registration form or to purchase tickets for the individual events, including the Ultimate VIP Package, please visit lajollaconcours.com or call 619.233.5008. 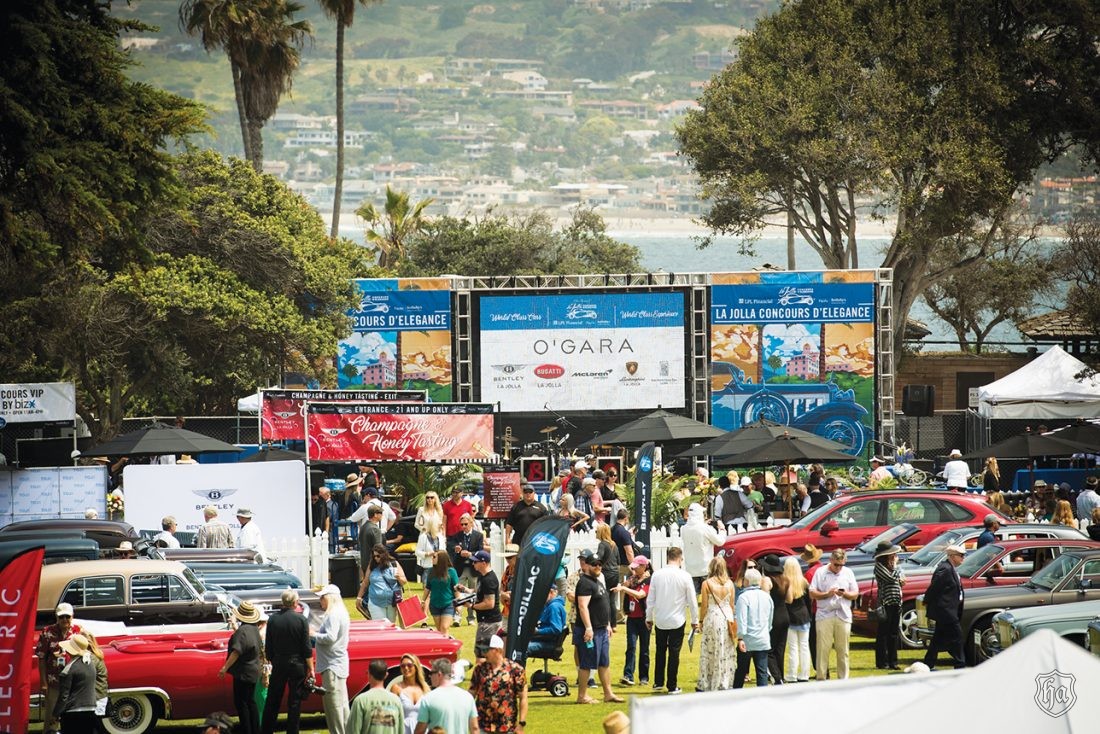