The 7th annual Concours in the Hills presented by Gila River Hotels & Casinos, a Scuderia Southwest event, raised $250,000 for Phoenix Children’s Hospital on Saturday, Feb. 8. In just one of several records broken in 2020, the annual car extravaganza smashed its own goal to satisfy a 5-year, $500,000 pledge in just three years.

The family friendly show was free to the public with donations generated by participating sponsors and vehicle owners, and attracted 30,000 spectators. Now a signature attraction in the Southwest, the event continues to garner national attention and sponsorships. 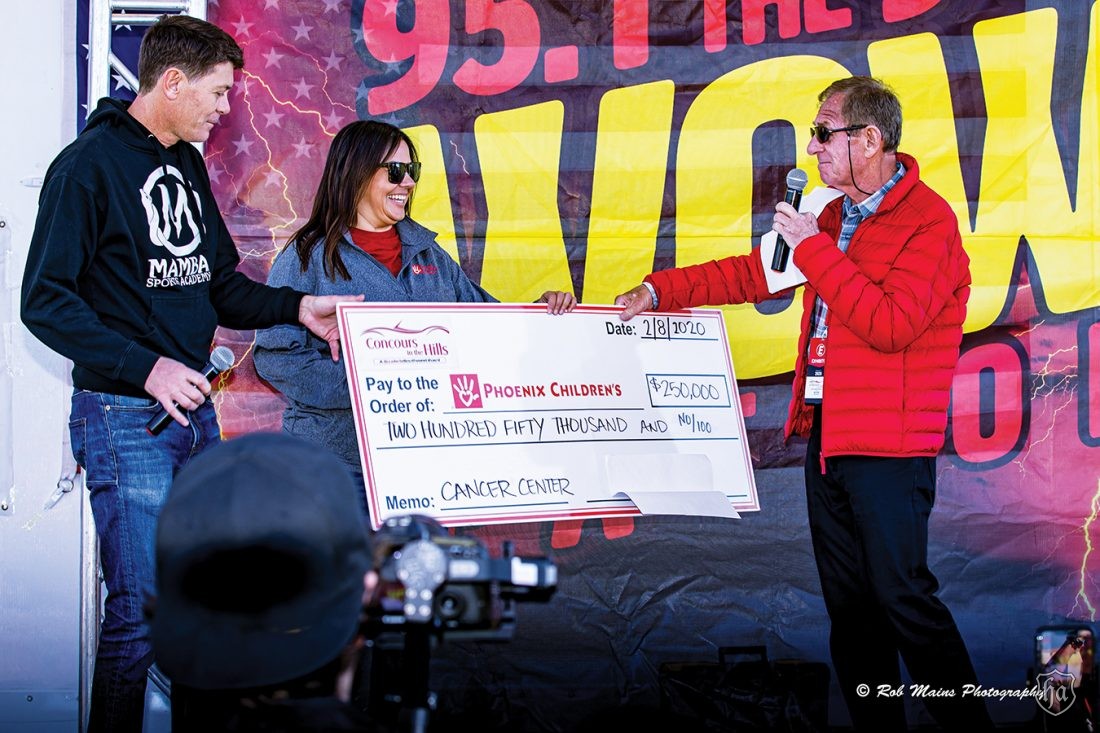 Against the lush backdrop of the sprawling Fountain Park, car enthusiasts from across the Southwest showcased a record 1,052 collector and exotic vehicles. The show launched with an announcement of “Drivers, Start Your Engines” from celebrated pros including Derek Daly (competed for 5 years in F1 and Indy Cars for 8 years); Arie Luyendyk (two time Indy 500 winner, Daytona & Sebring winner); Didier Theys (Daytona, Sebring, Spa and LeMans winner); Lyn St. James (Rookie of the Year at Indy, winner at Daytona, Sebring); Harley Cluxton (raced for Ferrari at LeMans and owner of the Mirage Racing Team). All are local residents of the Scottsdale area.

The exciting diversity in vehicles ranged from American and international sports cars to the very rare and valuable. The show also featured military brawn including a US Marine Corps attack helicopter flown in from San Diego. Porsche USA featured a special reveal presentation of the Taycan, the all-electric high-performance sports car. The show featured music from local radio station 94.9 The Wow Factor, food trucks and fanfare for a lively, social atmosphere where car fanatics and casual observers converged for a good cause. 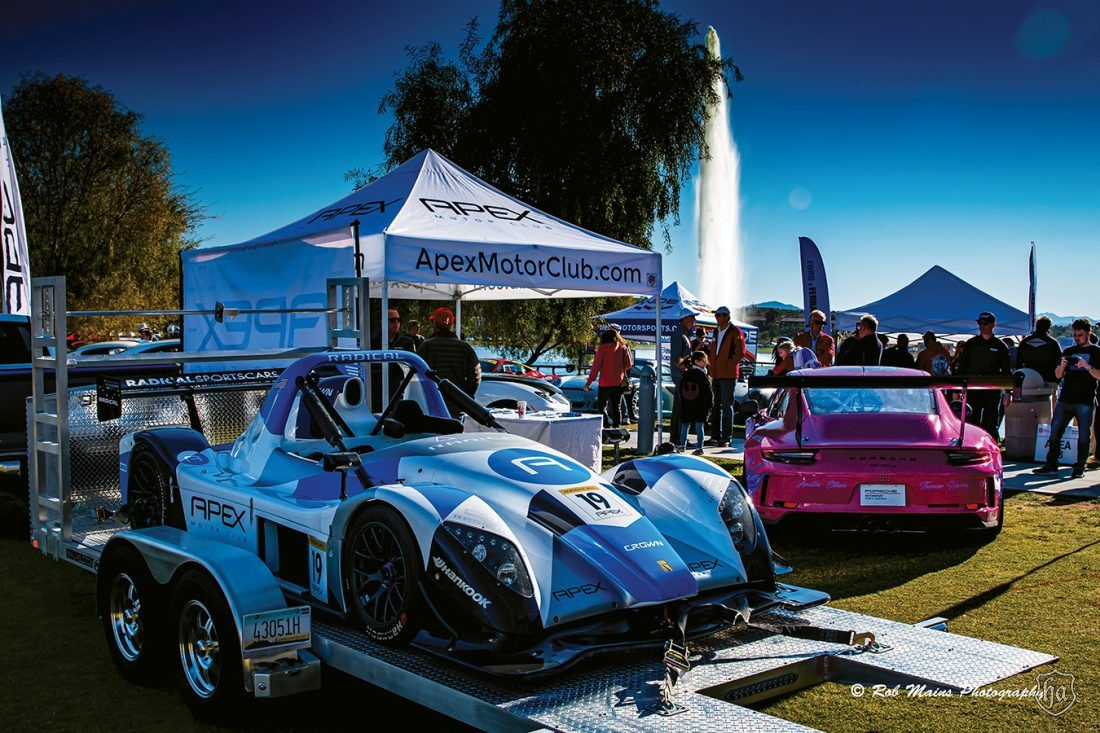 Peter Volny, the event’s founder, along with colleague David Crofford at Scuderia Southwest, says this active club of car aficionados is as passionate about helping kids with cancer as they are about cars. A pediatric cancer survivor, former racecar driver and marketing pro, Volny said he and his wife, Linda, visited the Hospital and were touched by the strength and resilience of the children they met there. 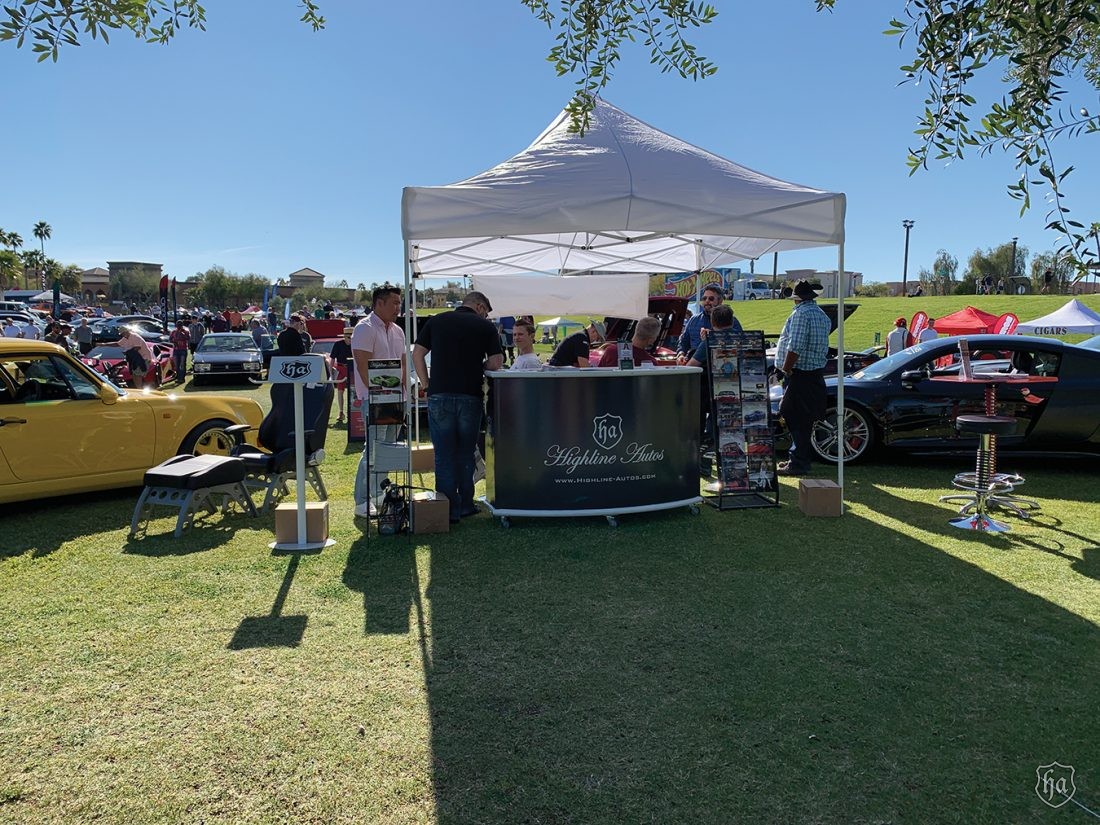