The current benchmark for high-performance cars is to accelerate from zero to 60MPH in less than 3 seconds, but Concours in the Hills has gone from zero to 950 in just six – years, that is. Let’s clarify that. The first show was in 2014 but six short years later in 2019 there were about 950 cars on display. In fact, the show has broken records in all four categories each successive year, growing to an estimated 25,000 spectators, 108 dealers and sponsors, and over $155,000 raised for Phoenix Children’s Hospital.

The show was started by Peter Volny, a life-long car aficionado. While there were many car shows across the valley of the sun, they were all held in parking lots where the cars were close together and it was difficult, if not impossible, to prevent non-show cars from having access. If someone left their SUV or pick-up truck overnight, you might have a million-dollar Ferrari next to it, and that just doesn’t look good

It is now the largest car show of its type in Arizona drawing entries from all over the state and as far away as California, Nevada and Colorado. Volny attributes the success to the venue, which is on the gently rolling hills of a park surrounding a lake with America’s tallest fountain and a backdrop of rugged mountain peaks. 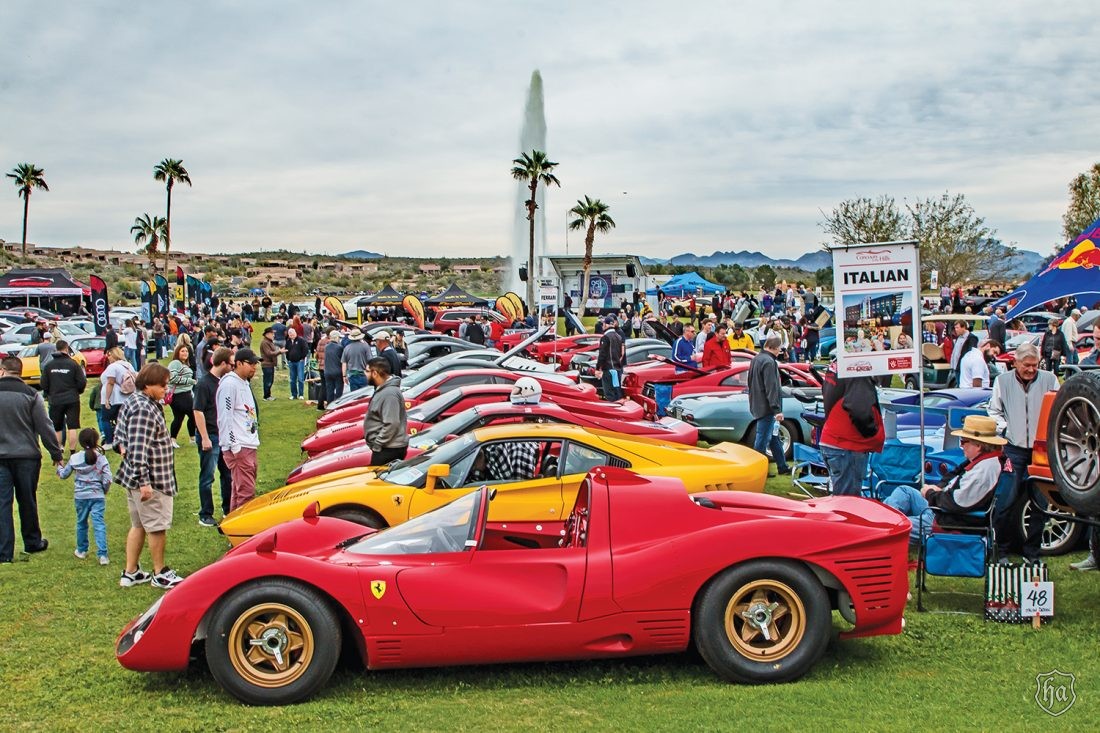 The show is not a formal “white gloves” concours but really a fun event designed to showcase a wide variety of domestic and imported vehicles and provide an opportunity for car lovers to meet new people and make new friends. The show is arranged by vehicle brand to encourage exhibitors to make those new acquaintances. Awards are given for Best Domestic, Best Import and Best of Show with a new award this year for Best Car Club Display.

One obstacle as the show grew its boundaries was entrants who didn’t want to be in the “boondocks” on the outer edges of the show. This was countered in 2017 by inviting the Army Aviation Heritage Foundation to fly in their genuine Vietnam-era Cobra Gunship Helicopter around which the organizers parked 31 Cobras, attracting huge crowds. In 2018 the United States Marine Corps flew in the current version of the Cobra called the Viper so naturally there were a group of Vipers arranged around that and even larger crowds. In 2019 there were five helicopters on display and more are expected in 2020. There is now a large military vehicle section.

The show is officially declared open by a group of famous racing car drivers who live in the valley. In the past this has included two-time Indy 500 winner Arie Luyendyk, Daytona 24 Hour winner Didier Theys, Indy-Car Champion Paul Tracy, Sports Car World Champion Bob Bondurant, Indy-Car Driver Lyn St. James, and Mirage Driver and Team Owner Harley Cluxton. All have been invited again, plus a few others, and it is hoped that most, if not all, will once again open the show. This is done by them announcing “Gentlemen, and Ladies, Start Your Engines” at which time all the cars fire up and rev their motors, which may actually register on the Richter Scale. 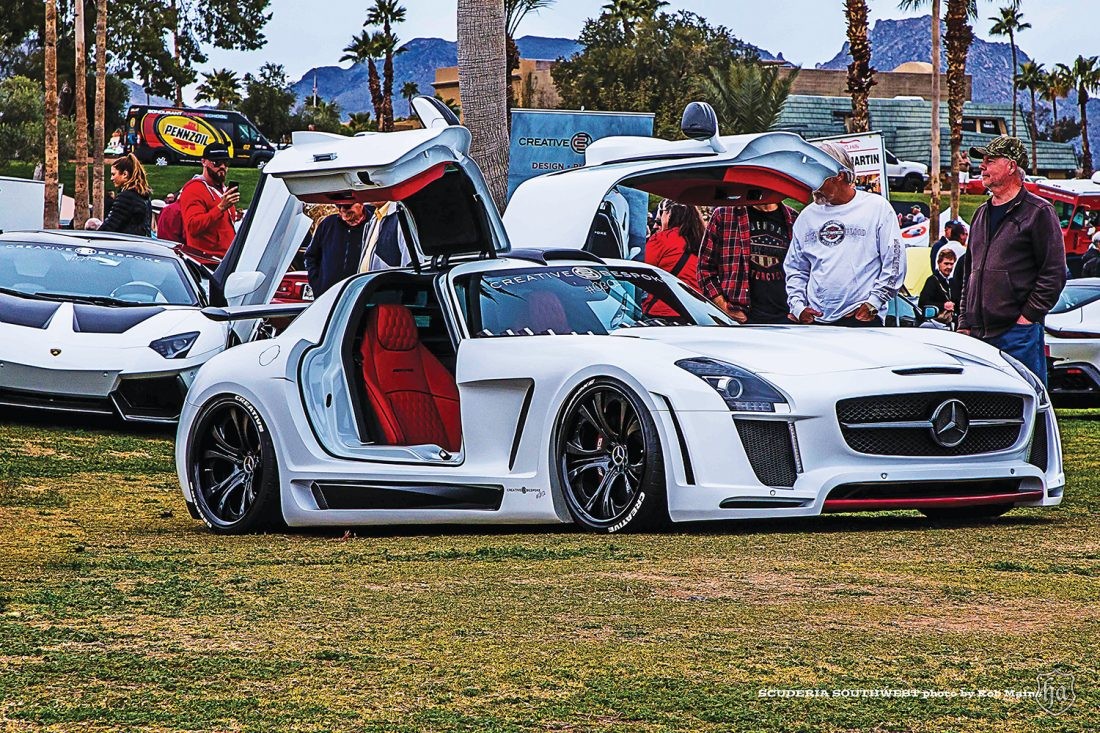 The 2020 Concours in the Hills will be held on Saturday February 8, 2019 and the organizers are hoping to break all the records yet again. Vehicle entries are just $60 while spectators are free. Owners can register at: www.givetopchf.org/concoursinthehills

The 100% charity show is owned by Scuderia Southwest, who are also organizers of the monthly Scottsdale Motorsports Gathering which is commonly called Cars & Coffee. 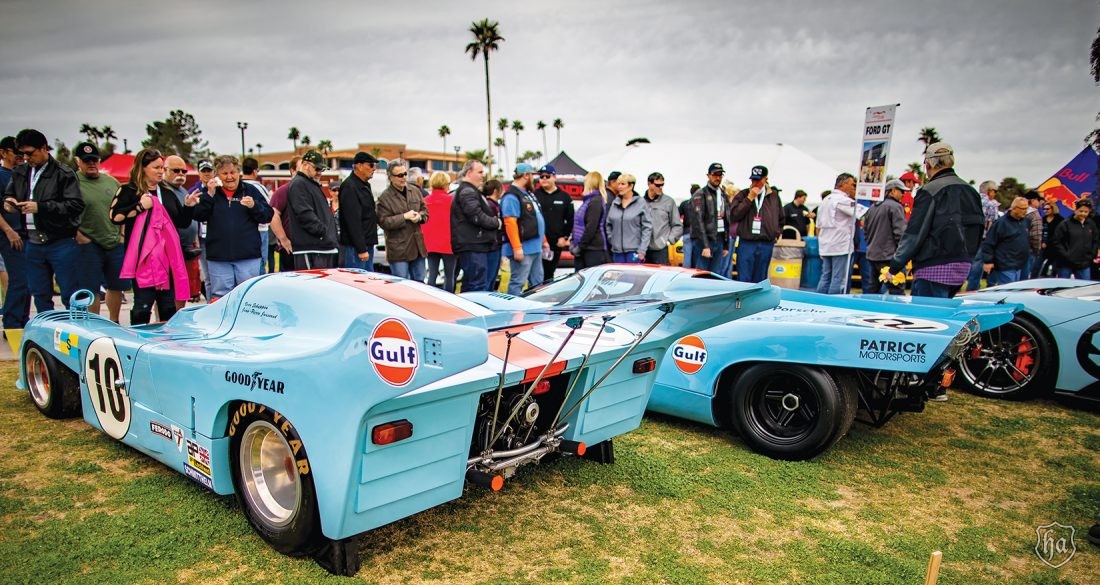