Unveiled at the Amsterdam Motor Show April 30, 1948, as Land Rover Series I, the marque evolved in its first 22 years from a Second World War-inspired four-wheel-drive to the Range Rover in 1970, which pioneered today’s luxury SUV niche. 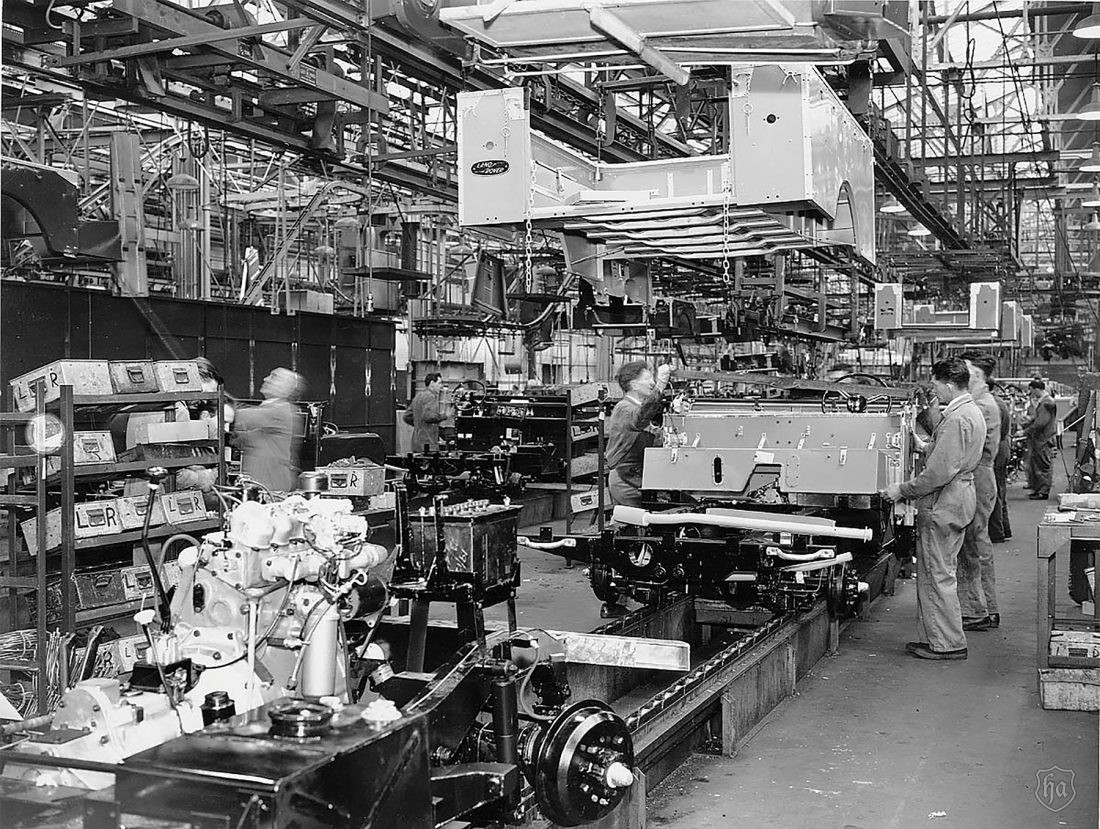 King George VI received the 100th production car. During the second year of production, 16,000 of Series I were made.

Since then, Land Rover has sold more than seven million cars in 70 years to customers with diverse on-road and off-road needs. Approximately 80 per cent are exported to 169 countries from Coventry, England, where they are produced by Jaguar Land Rover.

“Land Rover was born with the launch of a single vehicle. Today our family of SUVs is testament to the pioneering spirit of innovation that has characterized Land Rover for seven decades,” says Dr. Ralf Speth, Jaguar Land Rover CEO. “Our family of Defender, Discovery and Range Rover models provides unrivalled capability, versatility and luxury, giving us the perfect foundation for another 70 years of success. 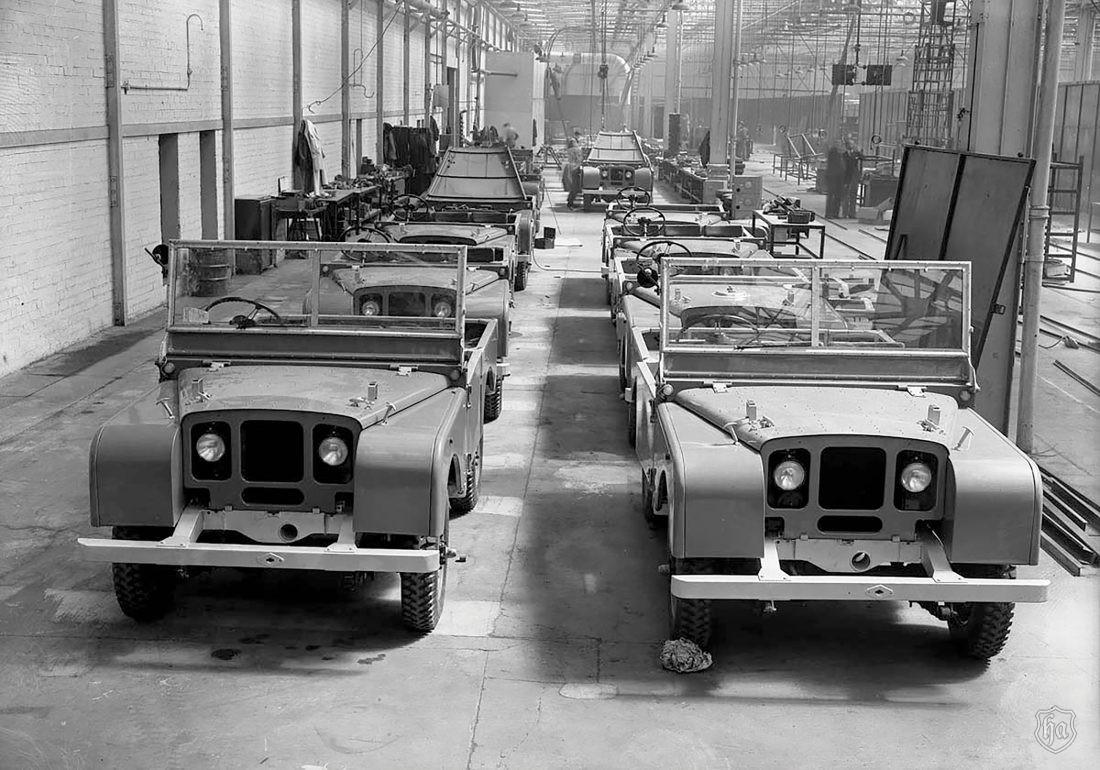 The new vehicle had made farmers happy, soldiers, rescue workers and fire personnel, commoners and a king. The open road was ahead.

“Land Rover is so much more than just the most capable all-terrain vehicles,” he adds. “It connects people through a passion for adventure and for making more of our world.”

On the Road for Off Road
Jaguar Land Rover comprises Jaguar Cars Limited, founded in 1922, and Land Rover, 1948. Land Rover and Range Rover models are built in the United Kingdom at its Solihull and Halewood plants. 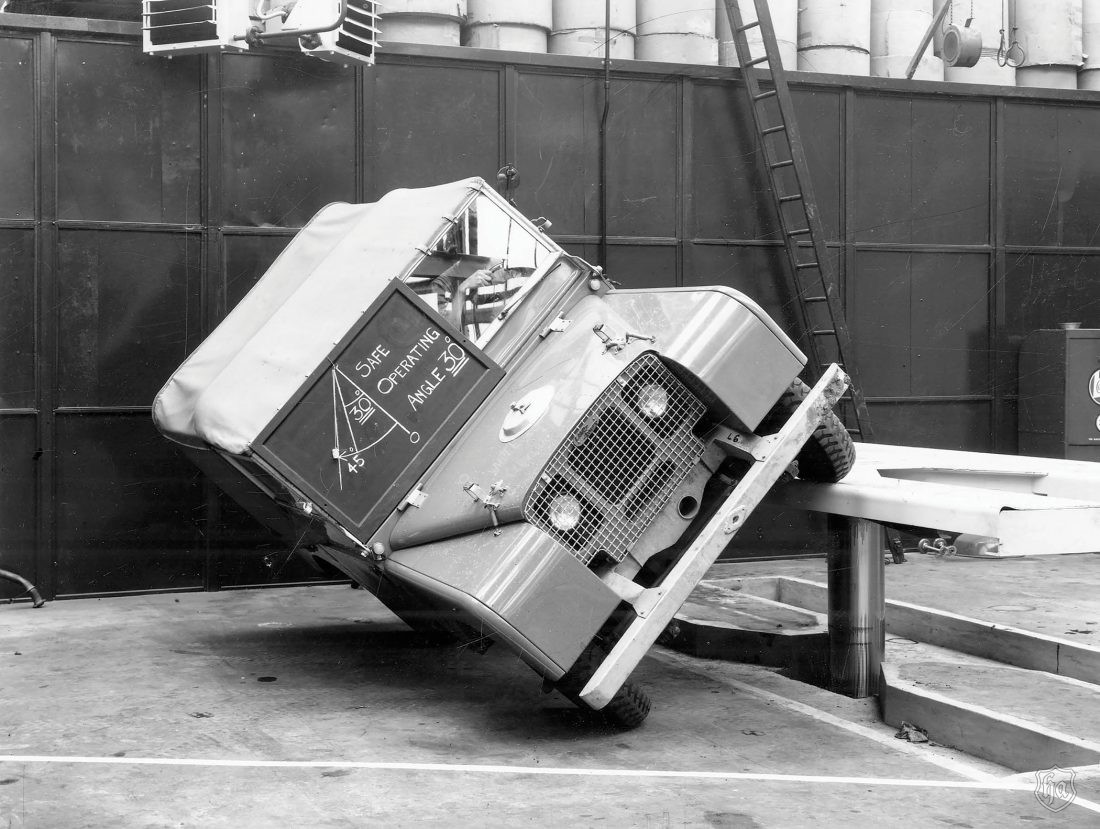 From the first Series I cars, the “Landie” was a “Go anywhere Vehicle,” ready for roads marked “NO ROAD Except for LAND-ROVER.” Another early ad brag: “Forest streams, snowbound roads, mountainous country – they are all one to the Land-Rover which takes them in its ample stride.”

The British Army bought an ample number, ordering 2,000 Land Rovers just a year after they appeared; 1949 was also the first year for exports. In 1953, a 107-inch long-wheelbase Series I was introduced, and in 1954, the 100,000th Land Rover was produced, and the Red Cross bought its first one. Four years later, Series II offered a 2.25-liter engine and design refinements.

For his 80th birthday, Winston Churchill received a customized 1954 Series I Land Rover, which chauffeured the prime minister around Chartwell, his beloved 300-acre Kent estate, until he died in 1965. Sold at auction in 2012, the Rover was fitted with a wide passenger seat for Churchill’s ample bottom and a leather strap for him to grasp when entering and exiting. 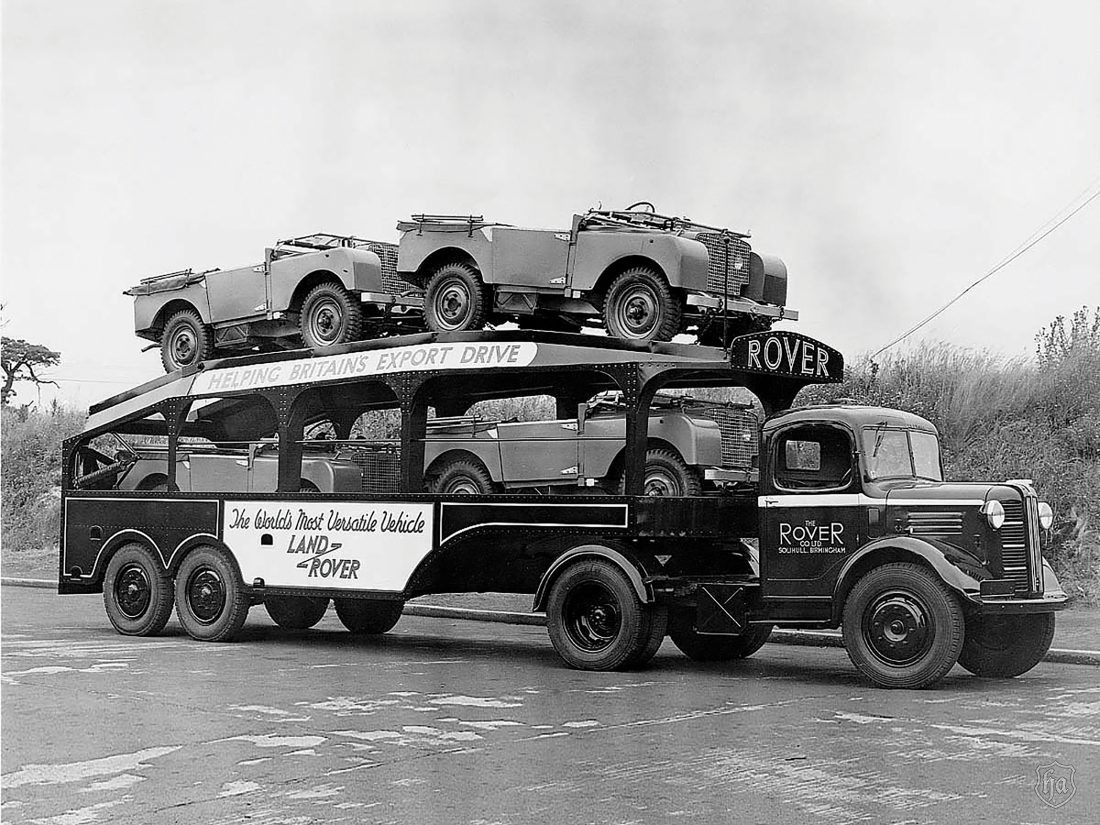 In 1970, the two-door Range Rover (the Classic) debuted. “It not only says you’ve arrived,” one ad affirmed. “It also says you’ll get home.” Another showed a back-roads-soiled car, tires to top, and jested: “Introducing the most beautiful vehicle in the world.”

These first Range Rovers were followed by a four-door Range Rover in 1981, and successive generations continuing through the fourth in 2012 – the first all-aluminum SUV. The four-door came to America in 1987. In 2005, the Range Rover Sport pulled into the market.

In 1971, Land Rover Series III was introduced, and in 1976, the one-millionth Land Rover was built. The 110/90 models in 1983 were the first Land Rover Series models to use coil springs rather than leaf ones. Seven years later, because of their extensive use in the military, fire and medical and rescue service, the original Land Rover became the “Defender,” distinguishing it from the new Land Rover Discovery. 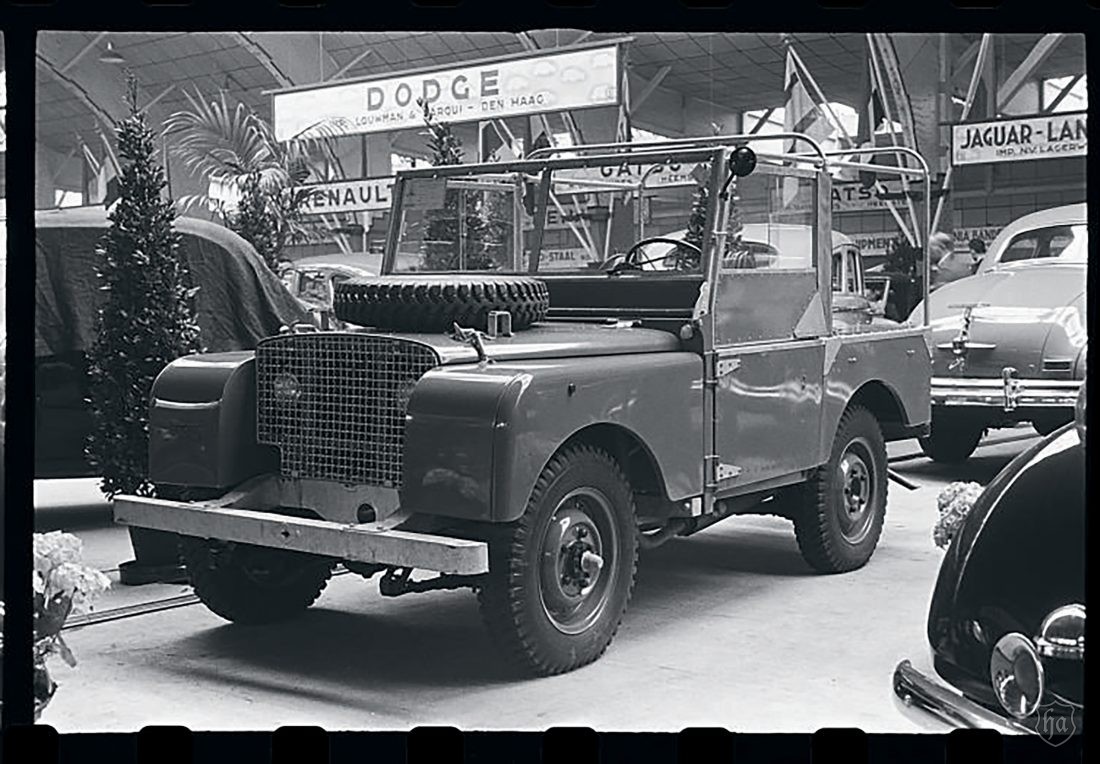 Following were models such as the Discovery, 1989; Discovery Sport, a new premium compact SUV with 5+2 seating, 2014; the following year, Range Rover SVAutobiography, with a long wheelbase launched, in New York; and in 2017, the fourth Range Rover, the Velar.

Out on the Open Road and Up on the Marquee
Land Rover has dug its off-road tires deep into expeditions and competitions, almost from the start. In 1955, six college students made a first-ever London-to-Singapore journey in two Series I Land Rovers. 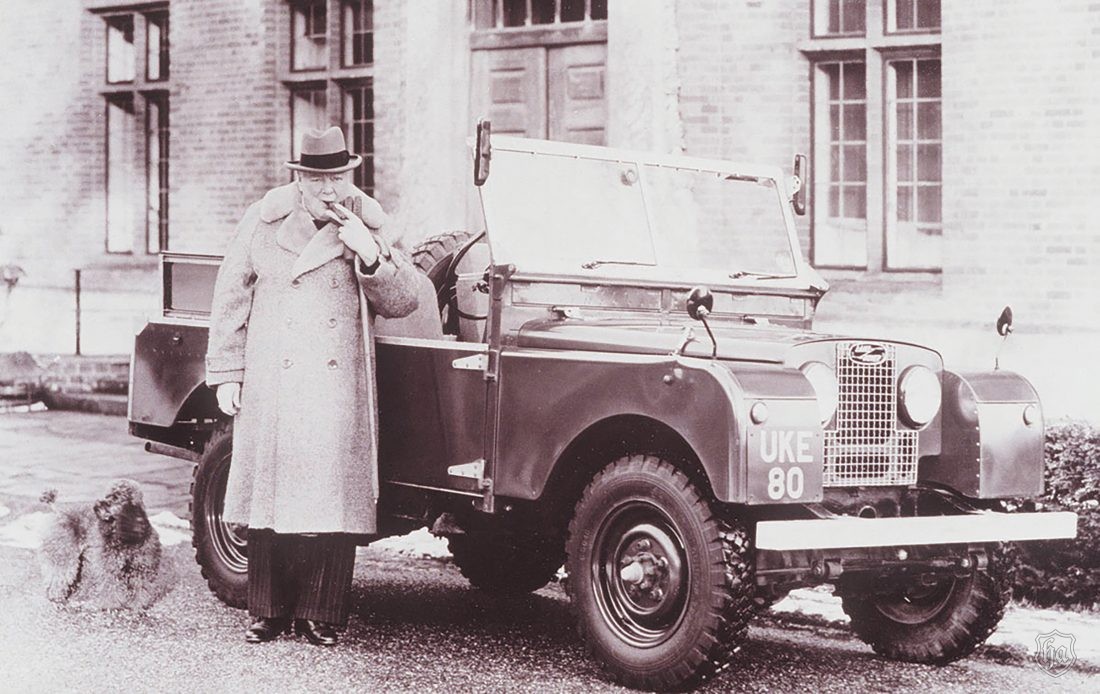 In 1979 a Range Rover driven by a French team won the first Paris-Dakar Rally, repeating this in 1981. In 1989, the Range Rover participated in The Great Divide Expedition. In 1984, a 110 model won its first Camel Trophy in Brazil. That event was held annually between 1980 and 2000, featuring Land Rovers over challenging terrain. 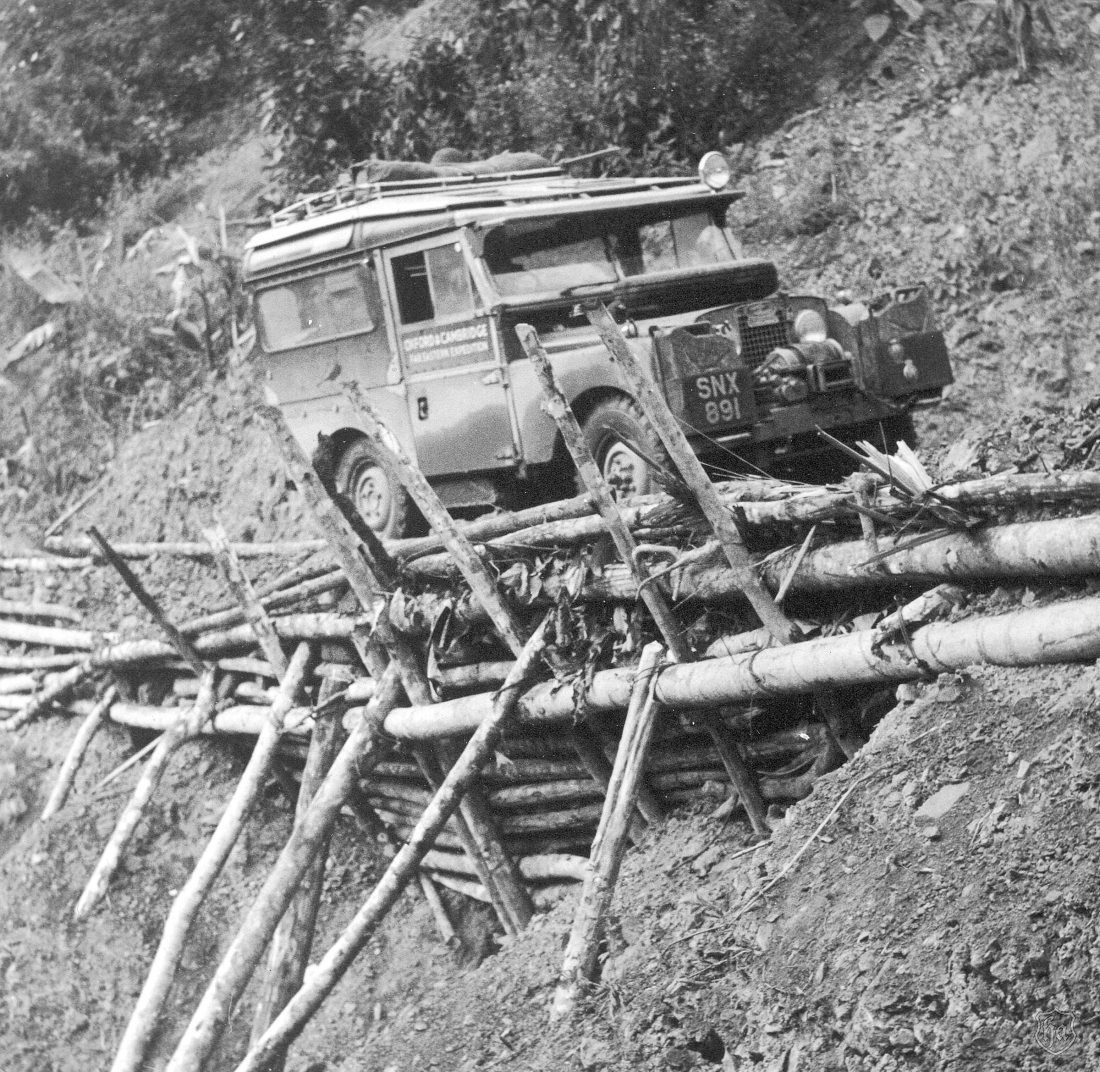 Women have loved them, too, on the highway and in other ways. In her 1950, ‘Pollyanna’, adventurer Barbara Toy crossed north Africa and the Middle East, and in 1968, six grandmothers, averaging 57 years drove three Series II Land Rovers 15,000 miles London to Australia to see their grandchildren.

The cars have been on the big screen, too, and many little screens following. In 1966, Land Rovers appeared in the inspiring Born Free, and in 1995, they were the platform for futuristic taxis in Judge Dredd.

And, two 1969 Land Rovers recently starred in Peter Rabbit, based on the Beatrix Potter characters. H&H Classics, United Kingdom, just sold one at auction. And, as part of the company’s bespoke Special Vehicle Operations (SVO) division, begun in 2014, a Defender and Range Rover Sport SVR were built to seat 007 for the movie Spectre. 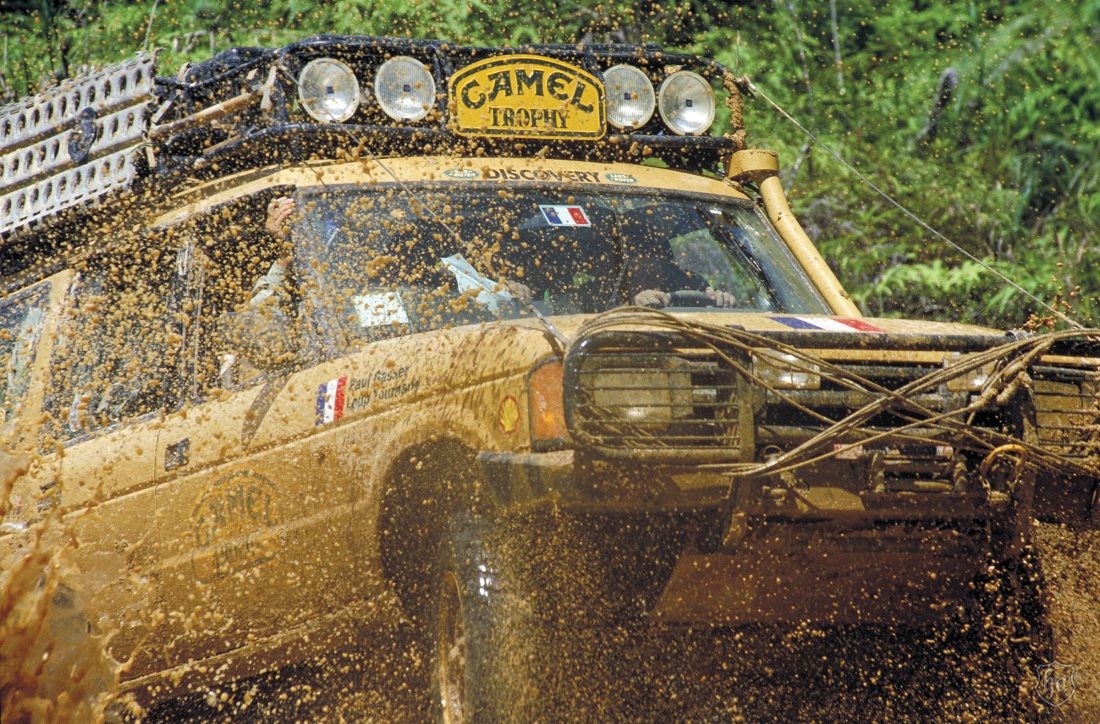 “Much like Volkswagen with the Beetle or Porsche with the 911, Land Rover kept evolving its basic design with examples seeing service in all corners of the globe. Arguably, Land Rover was the world’s first truly international 4×4 brand, and the Range Rover can lay claim to being the world’s first luxury off roader, too.”

Landmark ‘Landies’
•1948 Launch Prototype Land Rover – In January, Land Rover announced the restoration of its most historically significant model: This is #7, one of three pre-production Land Rovers (numbers 5 and 3 are the others) from the Amsterdam Motor Show April 30, 1948, a landmark vehicle missing for 63 years. 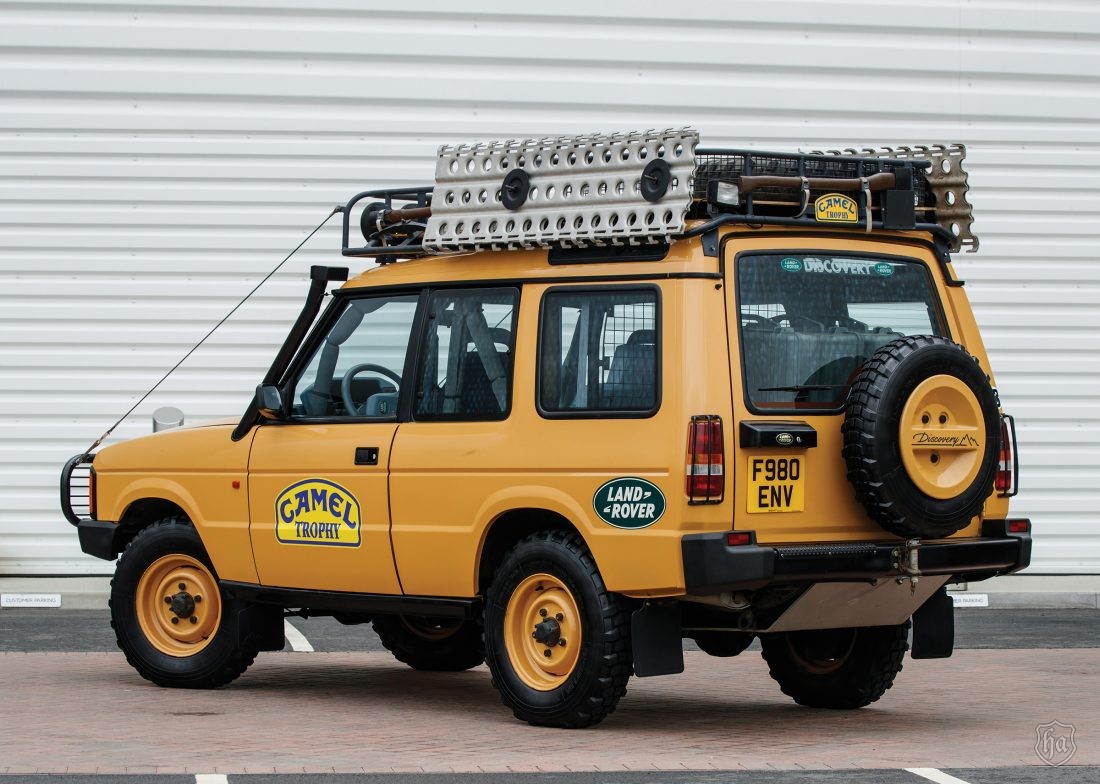 Rover’s engineering director was Maurice Wilks; also a farmer, he knew his fellows needed a dependable affordable utility vehicle. A year before, he had sketched the concept on a Welsh beach – about the best place to envision a car meant for off road.

In all, including the prototypes, Land Rover produced 48 pre-production Land Rovers. They all include thicker aluminum alloy body panels, a galvanized chassis and a removable rear tub. The engine was a 1.6-liter, running on gasoline.

The #7 prototype was kept by Land Rover until 1955 when it was sold to a number of owners, including Alexander Maddison of Alderminster near Stratford-upon-Avon, who had a dairy business and bought and sold cars in the mid ‘60s. 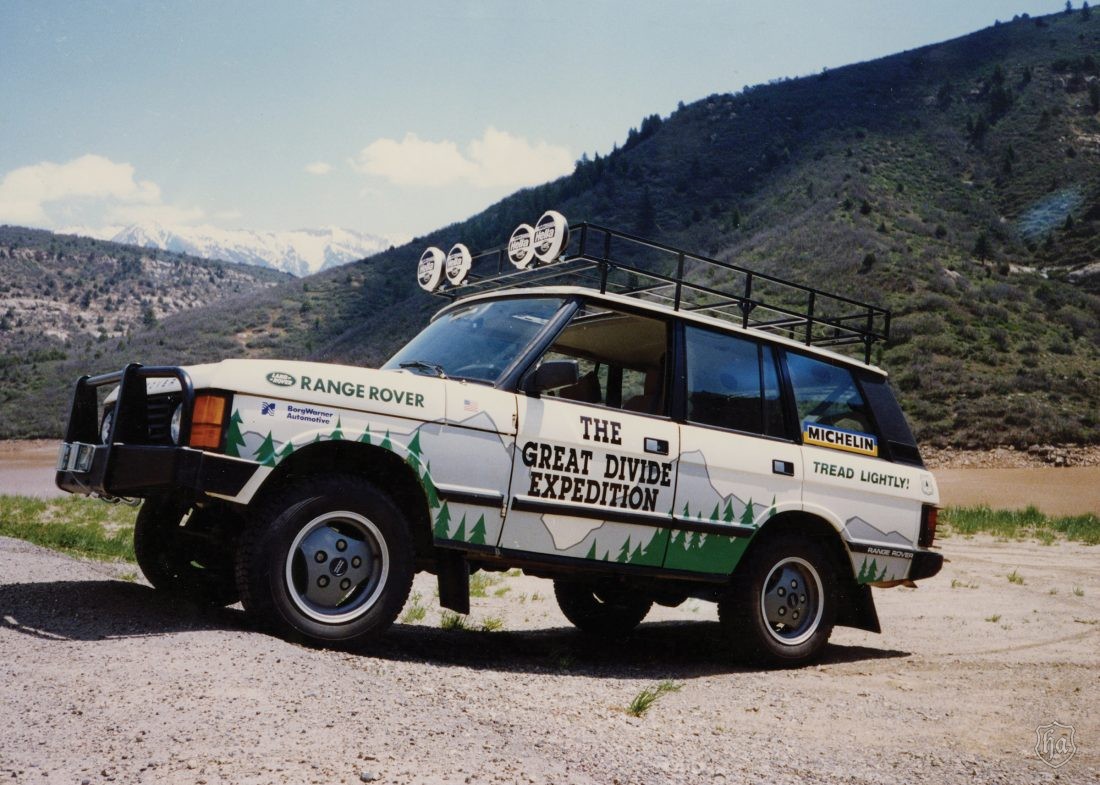 Before being discovered, it spent 20 years in a Welsh field before being bought as a restoration project; it then lay in a garden, just a few miles from Solihull, U.K., where the car had been built in the Land Rover original factory.

Jaguar Land Rover Classic specialists researched company archives for its ownership history and confirm its provenance. The car is scheduled for completion this year, with the original Light Green paint as part of a patina restore, that is, the car will run to original form but still look 70 years old. 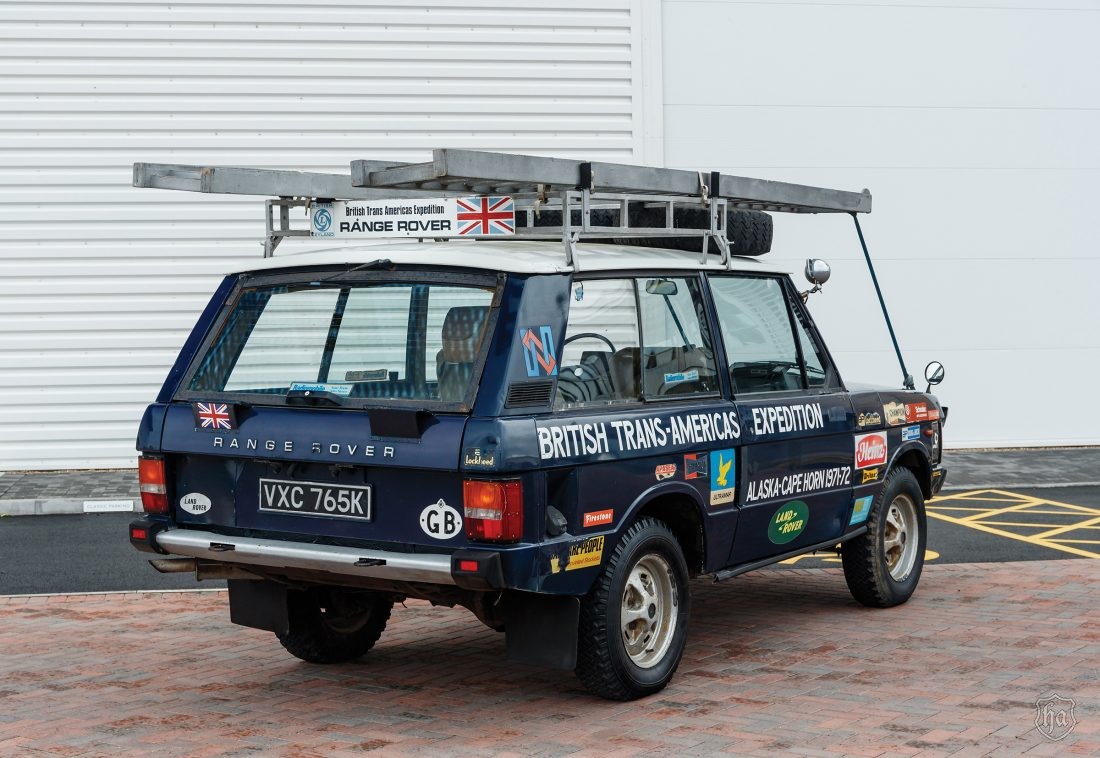 •1970 Range Rover – After three years in design, prototypes for the new Range Rover model were tested in England in 1969, cleverly badged as “Velar”. “Velare” is the Italian verb for veil or cover.

Disguised was a new concept, the luxury SUV, envisioned by Charles Spencer ‘Spen’ King, a nephew of Charles Wilks. King saw the future for Suburban Vehicles, SUVs, which would offer the flexibility of an off-roader with appointments for everyday use.

Included were four-wheel dual-circuit brakes and a collapsible steering column, for example. And, designer David Bache added style, with features such as the unique roofline and hood. Soon after its reveal, the Range Rover was the first car shown at the Louvre in Paris. 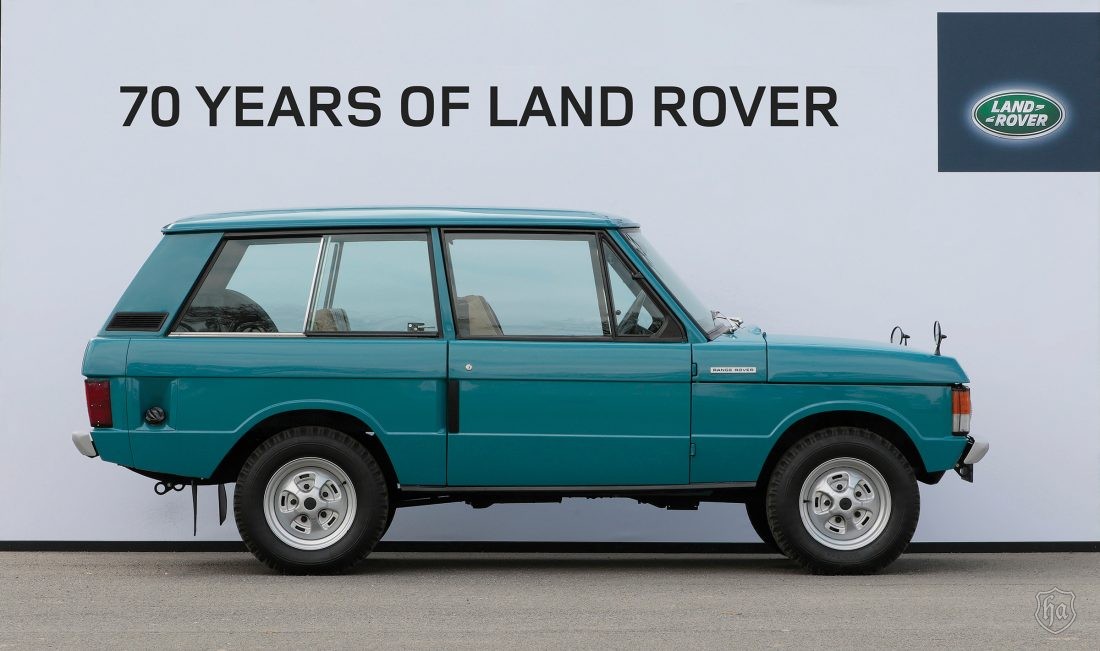 Special editions appeared, led by a group of 200 four-door models by Swiss Monteverdi, which created the production four-door model in 1981. A Vogue magazine edition then appeared; soon 80 percent of Range Rover production was four door, emphasizing its flexibility with families, shoppers, golfers and other buyers. 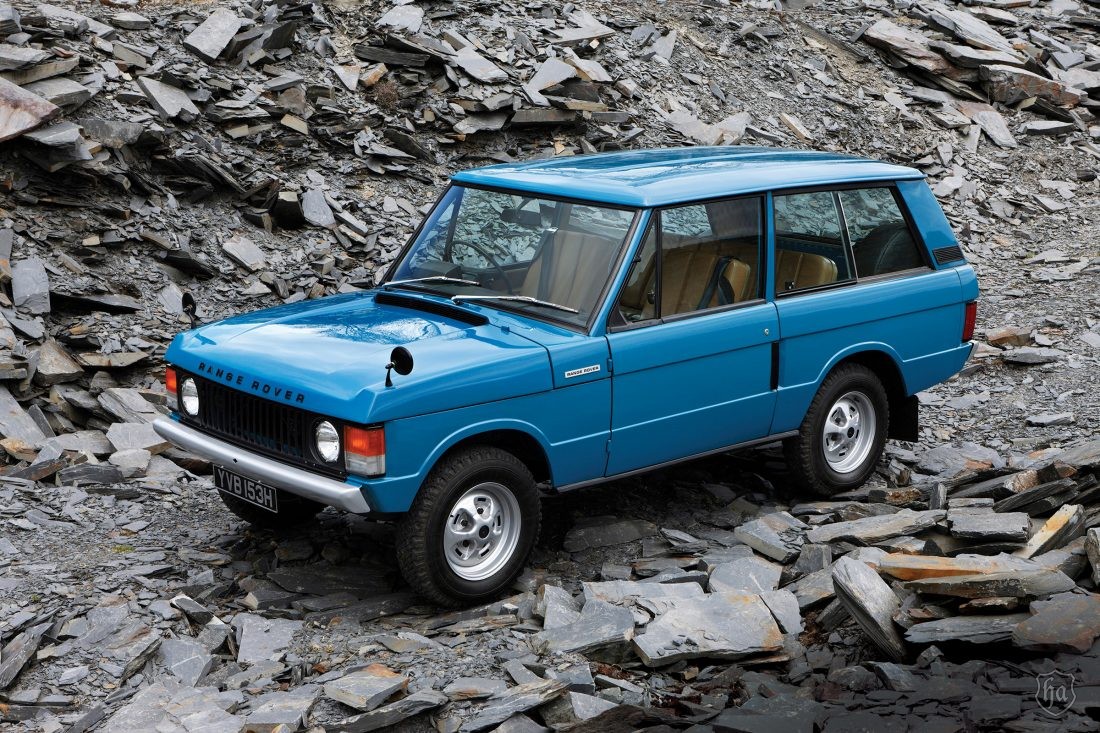 •1989 Land Rover Discovery – “Project Jay,” as it had been called since 1986, bridged the utilitarian Defender and the premium Range Rover. Off-road capability was necessary, but this new vehicle would have to also be versatile, incorporating a seven-seat interior, for example, to accommodate young soccer stars, car-poolers and others.

After debuting at the Frankfurt Motor Show on September 12, the new car was introduced into the United States in 1994 with a V-8. On February 29, 2012, a fourth-generation Discovery became the one-millionth of the model.

Now in its fifth generation, The Discovery has an 85-percent aluminum monocoque chassis, which cuts weight for better performance, on-road handling, fuel consumption and emissions. And, you can remotely configure the seven-passenger seating from your phone with the optional Intelligent Seat Fold system. 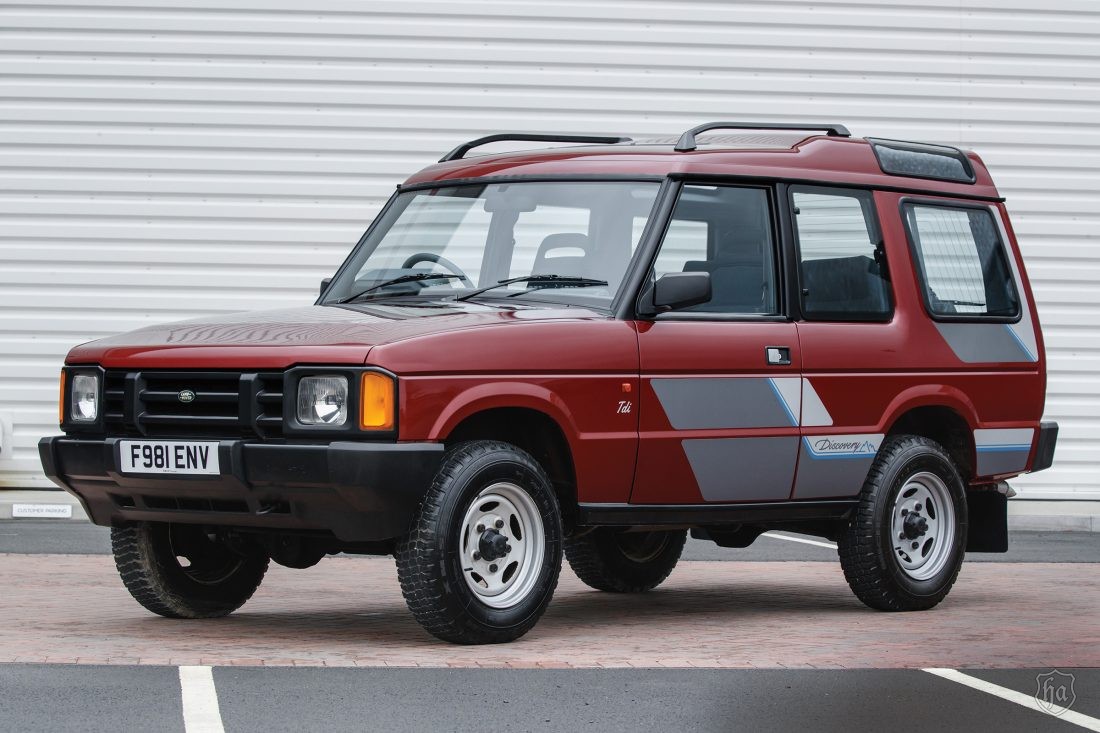 •2013 Range Rover – The L405 Range Rover, the first SUV to feature an all-aluminum unibody structure, was produced in the new aluminum-production facility at Solihull. The U.S.-specification V-8 model weighed in 700 pounds lighter than the similarly equipped outgoing model. 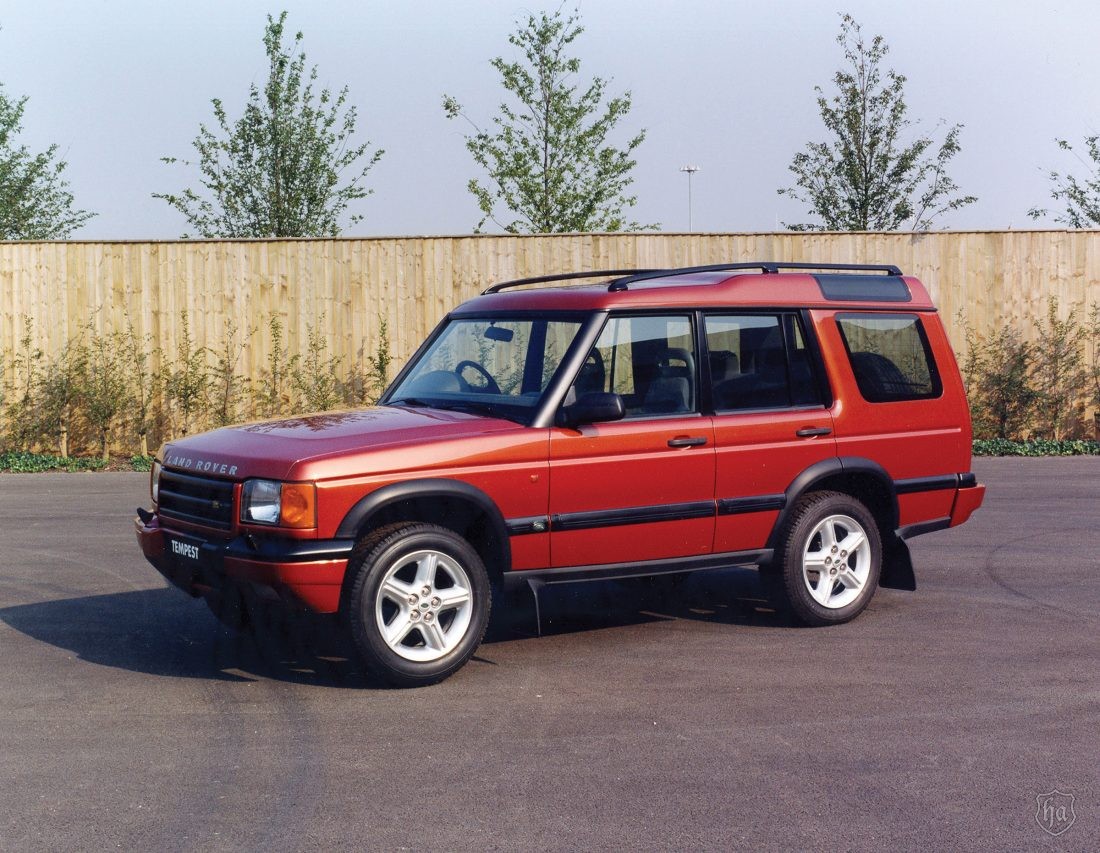 Hand-assembled at the SVO Technical Center in Warwickshire, the state-of-the-art luxury SUV is $295,000. 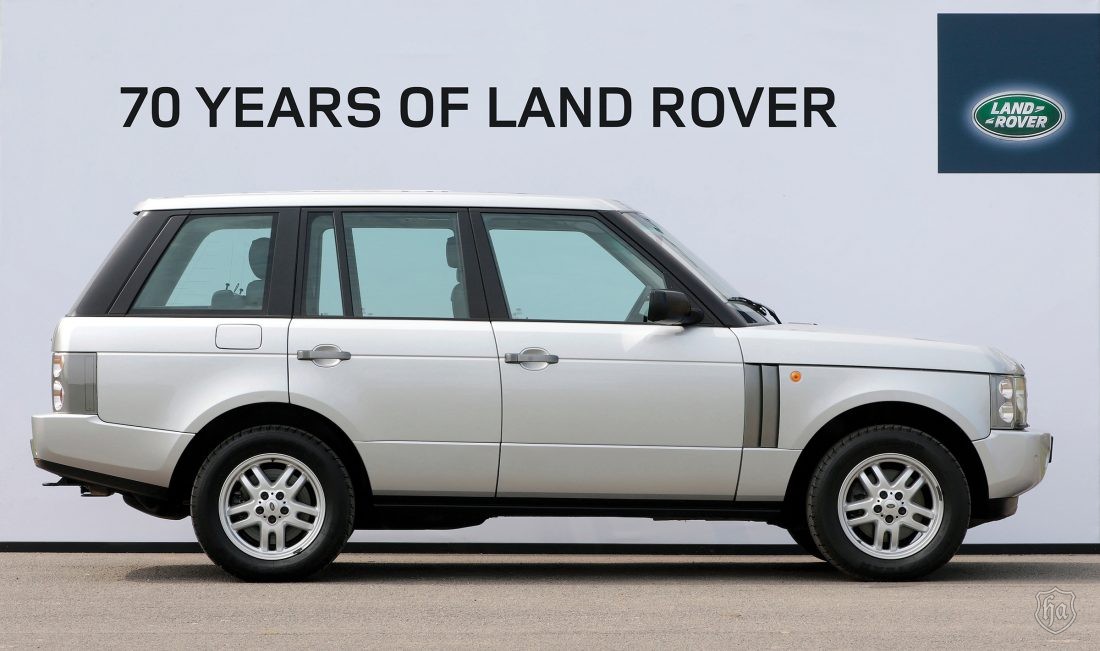 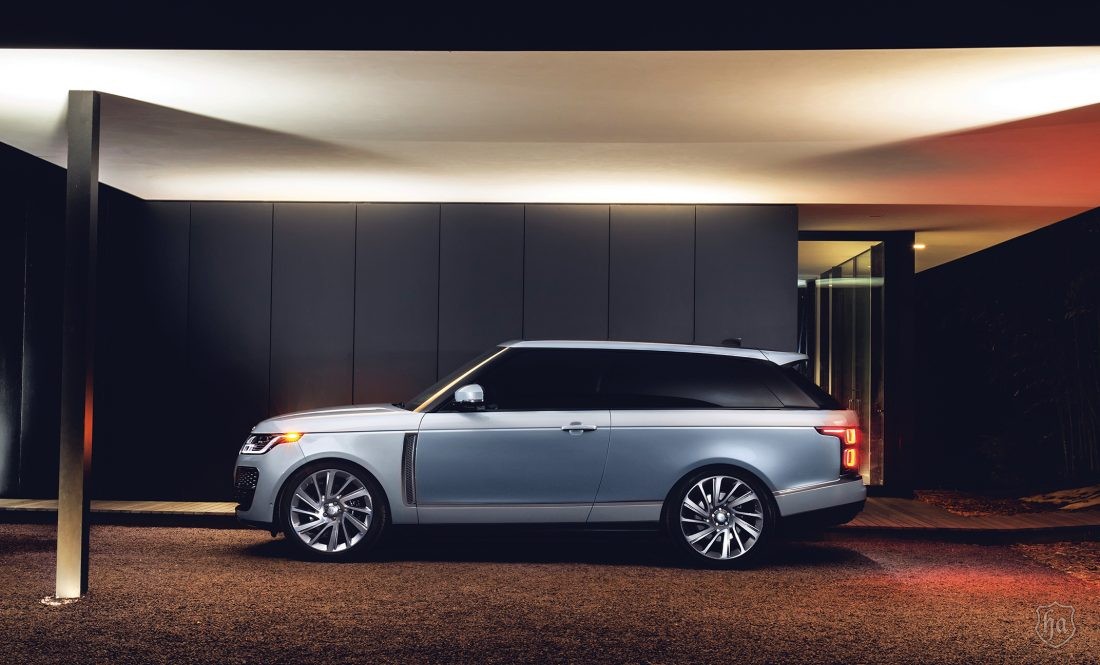