Featuring a diversity of cars and motorcycles for every budget, as early as a 1930 Model A Ford, the 2nd-annual event offers hot rods, customs, resto mods, muscle cars, exotics, ’50s, ’60s and ’70s, classics, Japanese imports and today’s supercars ––representing more than nine decades of collectibles. Three fine collections are also on the docket.

Many vehicles will be at no reserve, and the majority will be offered with reserve, a decision Mecum Auctions allows each consignor to make. 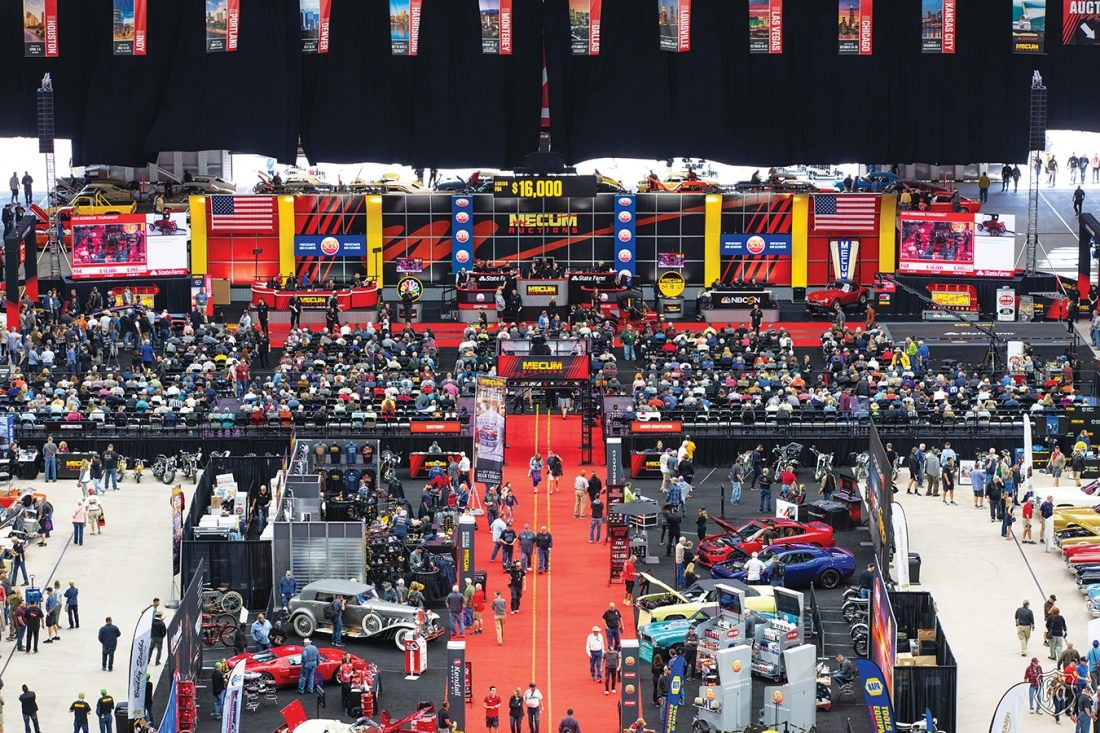 In response to the suggestions of participants and guests, the Mecum team has rethought the layout for the vehicle display areas to improve the auction experience for consignors, bidders and guests.

Seller’s check-in is Sunday through Tuesday, March 8–10, 8 a.m. –6 p.m. Gates for the auction open daily at 8 a.m., Wednesday through Saturday, March 11–14, and the docket begins at 10 a.m. daily. Gates close one hour after the final vehicle of the day crosses the block.

New for Glendale 2020 is the collectible guitar auction segment, March 11, 13 and 14, featuring more than 100 vintage examples from makers such as Gibson, Fender, Jens Ritter and more. 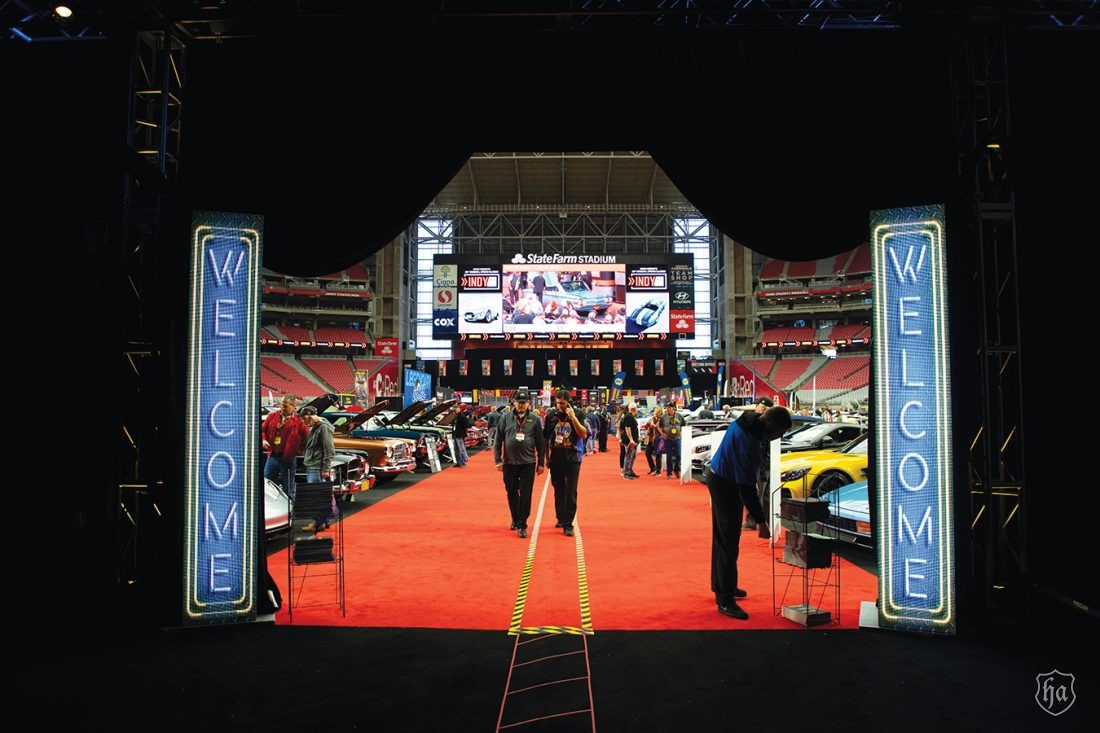 “Our first year in Glendale was extremely successful and with the improvements to the venue, the added entertainment and another stellar lineup being auctioned, we’re thrilled to be back this March,” says Sam Murtaugh, vice president, Marketing and Presentation, for Mecum Auctions, based in Walworth, Wisconsin. 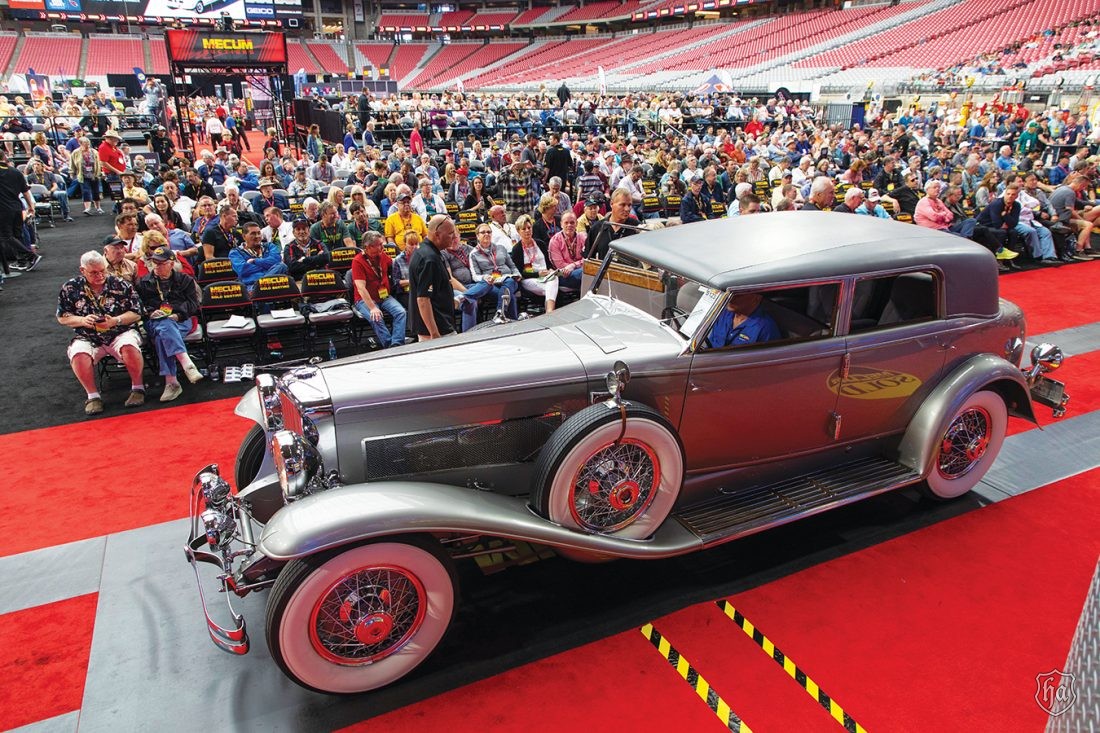 The three marquee hypercars offered at Mecum Glendale 2020 will highlight any garage, any concours or rally.

The Paint-to-Sample Riviera Blue Porsche 918 Spyder Weissach (Lot #S124), #421 of 918 produced, has had one owner who logged just 1,685 miles. The world-class 4.6-liter/ 887-horsepower DOHC direct injection engine is connected to an all-wheel-drive dual clutch PDK 7-speed automatic transmission and an electro-mechanical limited slip differential with a 3.08 final drive. Among the many superlative features are a plug-in hybrid drive and carbon ceramic disc brakes with acid green calipers.

With only 265 miles, the Ford GT (#S117) was owned by Sebastien Bourdais, GTE class winner of the 24 Hours of Le Mans in 2016 and is one of the three remaining Ford GT Competition Series, Serial #67. Its mid-mounted twin-turbo 3.5-liter DOHC 24-valve Ecoboost V-6 produces 647 horsepower and 550 ft/lbs of torque through titanium exhausts and tops out at 216 mph. The 7-speed dual clutch transmission includes paddle shifters, and the street-legal racer features five drive modes with two variable-ride-height settings. 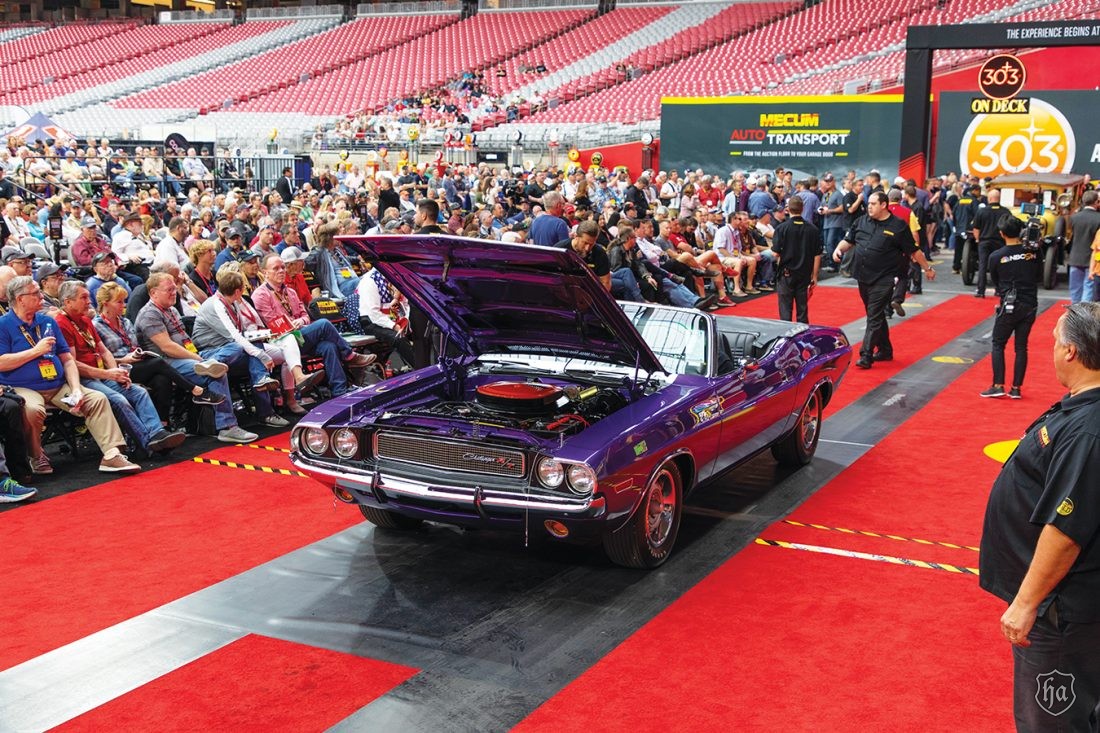 The McLaren Senna (#S110), with only 635 miles, is one of the 500 produced, with a 789-horsepower 4.0-liter V-8, including a twin-scroll twin-turbo with dry sump lubrication. Black on Galvanic Grey with Bright Red stitching, the car features a carbon fiber Monocage III chassis with an extruded aluminum subframe, twin-hinge dihedral doors. Inside are Senna SS logo embroidered headrests, celebrating the legendary F1 driver, a portrait screen infotainment system, Bowers and Wilkins seven-speaker audio and McLaren track telemetry. 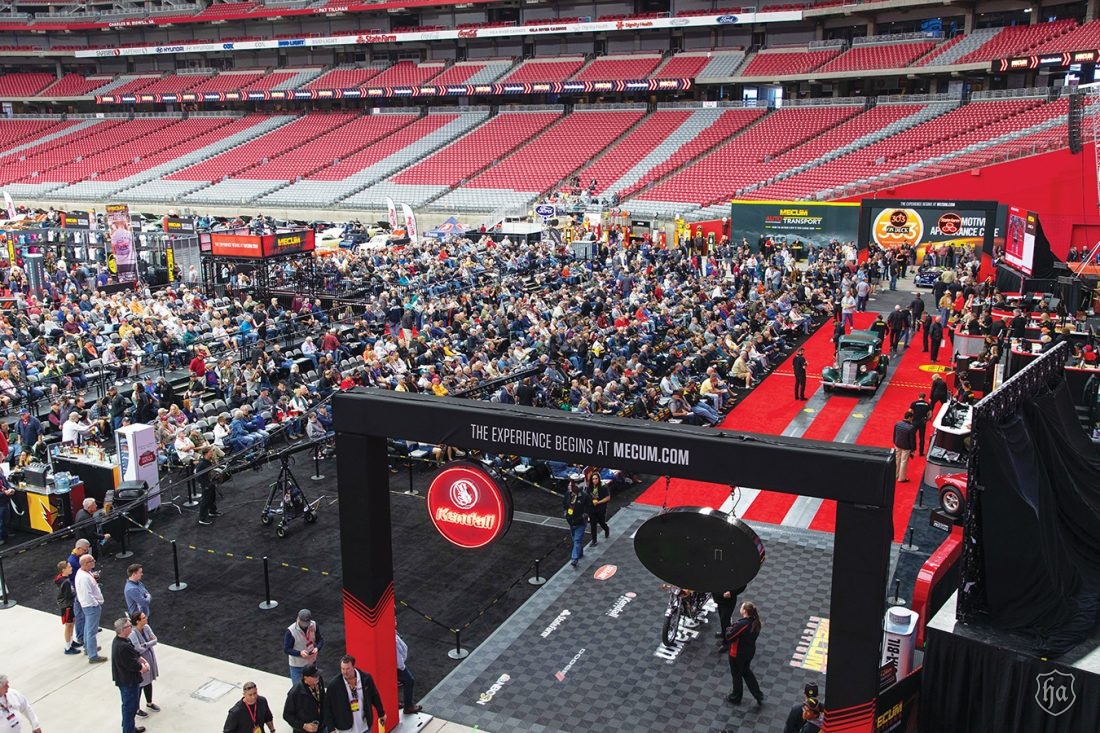 From 1969 is a Chevrolet COPO Chevelle (#S97), one of three COPO Chevelles produced in special-order Hugger Orange this year for the Canadian market and the only one with a 4-speed. The product of a frame-off rotisserie restoration using many NOS parts, the car features a 427-cid, 425-horse L72 V-8, Muncie M22 Rock Crusher 4-speed and a 4.10 Positraction differential. Other features include an aluminum intake, Gardner exhaust system; 4.10 Positraction differential; and vacuum-assisted power brakes with front discs. 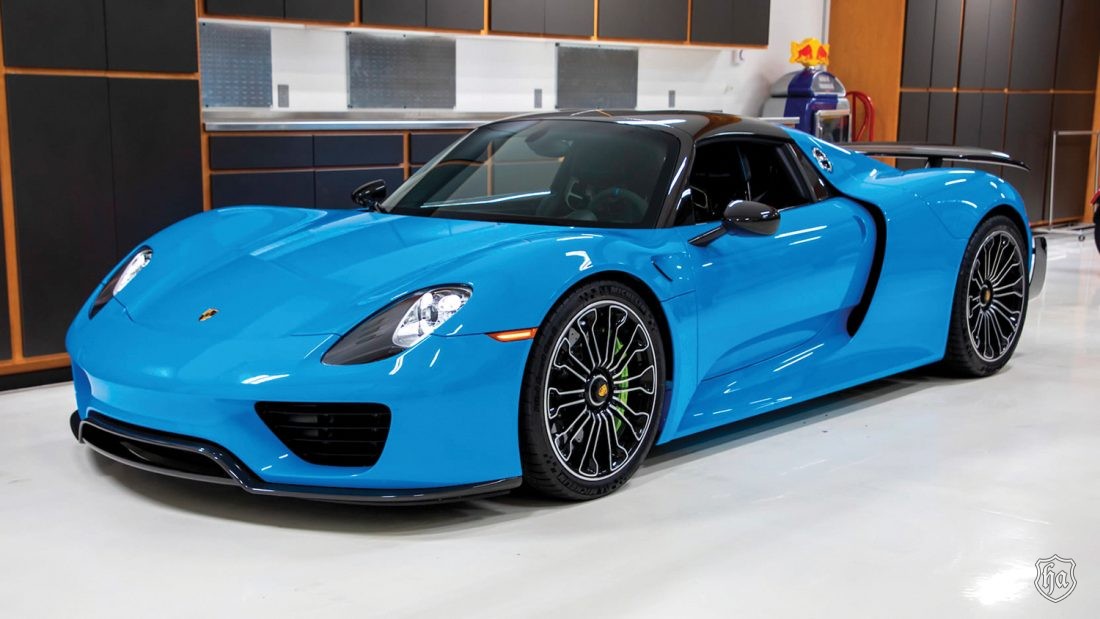 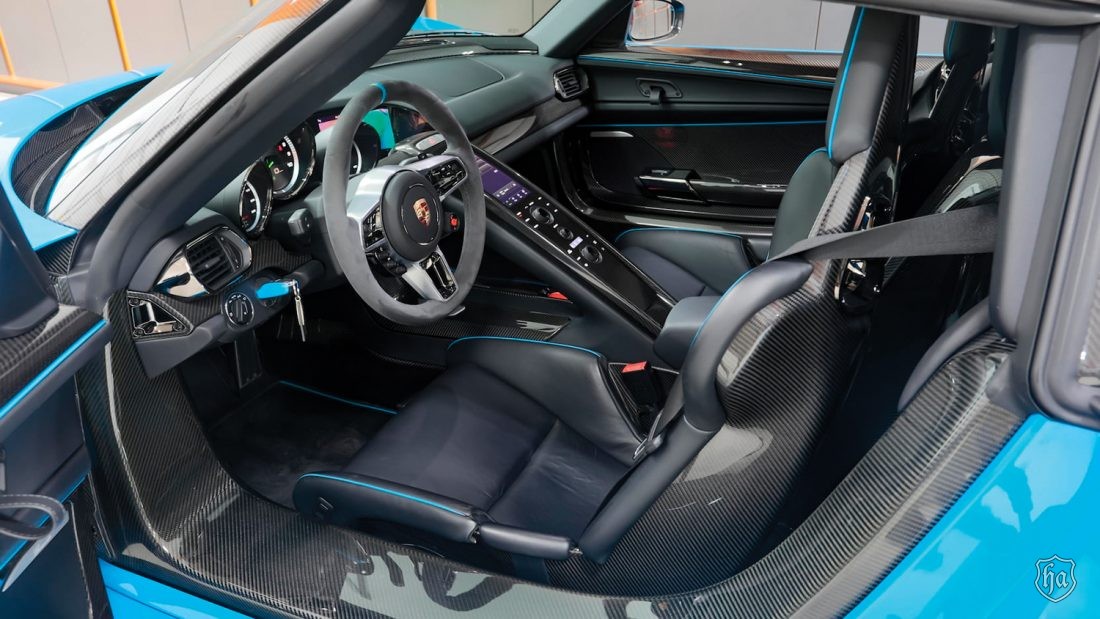 The Dennis Zentner Collection comprises nine cars, including the 1969 COPO Chevelle and the 1970 Hemi Cuda. Another muscle car landmark is a 1969 Ford Mustang Boss 429 Fastback (#S100) with the legendary 429-cid/375-horsepower engine and a 4-speed. Candy Apple Red on Black, this is #264 of only 279 with the 820-S engine. This very special ’Stang took Concours Gold at last year’s National Minnesota MCA meet.

Four cars comprise the Borcherdt Collection, including three Datsun 240Zs, one of which is a right-hand-drive Fairlady (#W61). 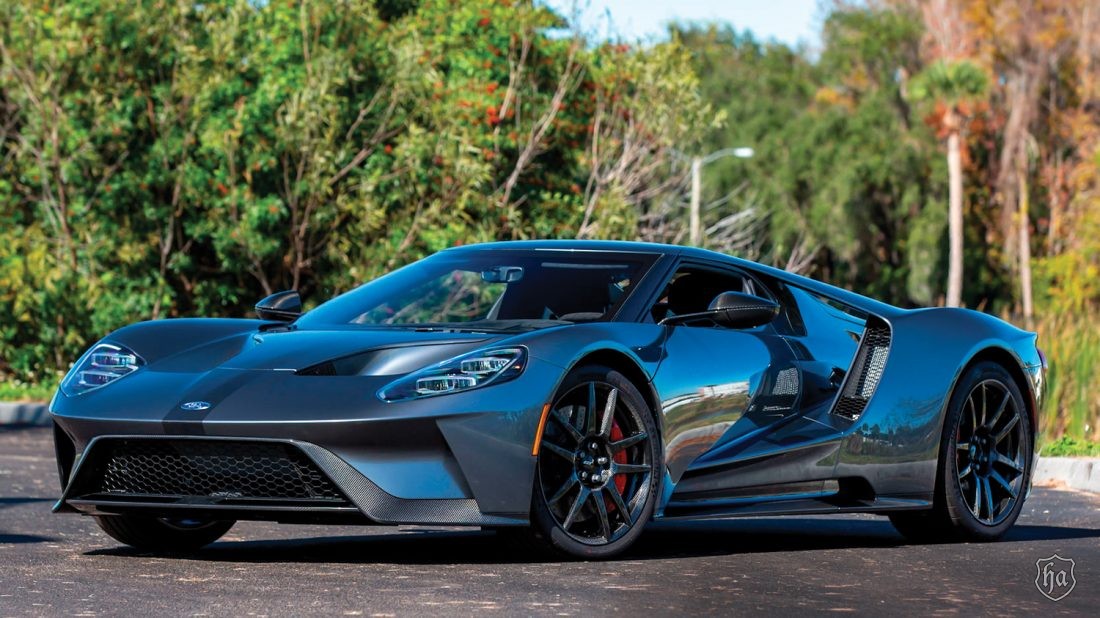 Mecum Auctions expects the collector car market to continue strong with Glendale 2020. Prices at its Kissimmee, Florida, event beginning the year were strong in nearly every category, with total sales for the event exceeding $105 million. “We’re looking forward to watching this trend continue throughout the year,” says Murtaugh. 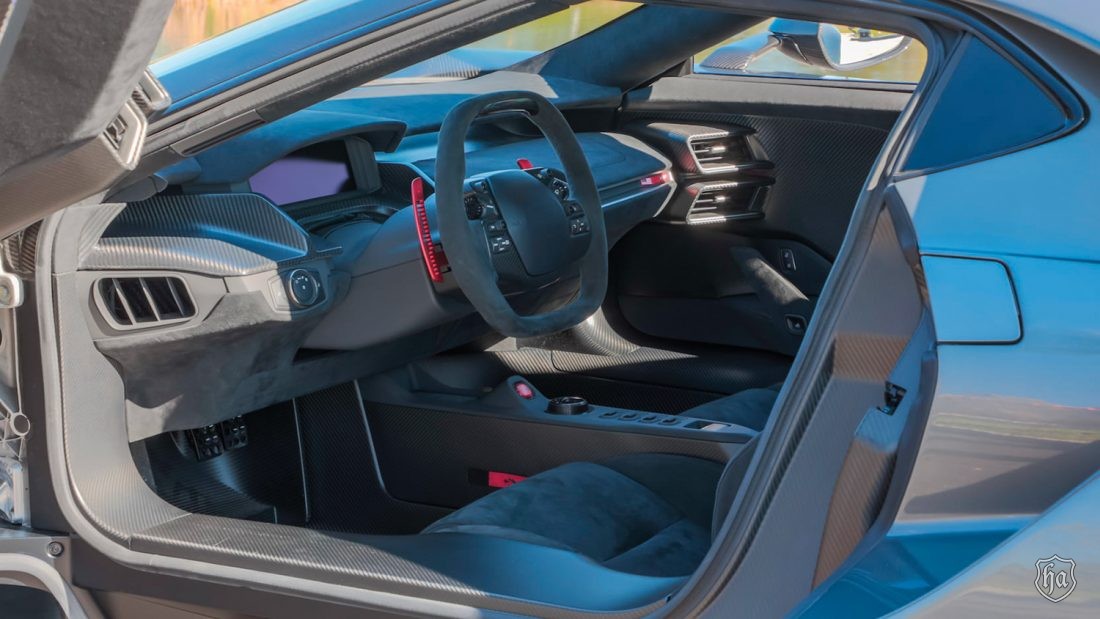