In the early 2000’s, the Greater Phoenix area saw a massive pilgrimage coming in from the west as Californians looking to be relieved of the clutches of high taxes and ever-evolving regulations looked for a place that was more neighborhood-friendly and more pocket-friendly in the long run. They found both and more in the suburbs of Phoenix, mainly in the east, as towns like Gilbert, Chandler, and Queen Creek started to see massive population surges heading into the last decade.

As the 2010’s moved on, new Phoenicians and even those who could be considered veritable natives of the region started to head back west a bit, crossing over boundaries in Scottsdale, Tempe, and Phoenix proper. But there always seemed to be an imaginary barrier along I-17, separating the central and east valleys from the west, with towns like Surprise, Glendale, and Peoria waiting with prime real estate and plenty of open space for use. As the housing market boomed toward the end of the 2000s, plots of land were snatched up and rows and rows of houses were thrown down like railroad tracks. But then came the recession, leaving many of those homes empty and plots of land barren for some time. And as the recession waned and development picked back up, people stayed east. 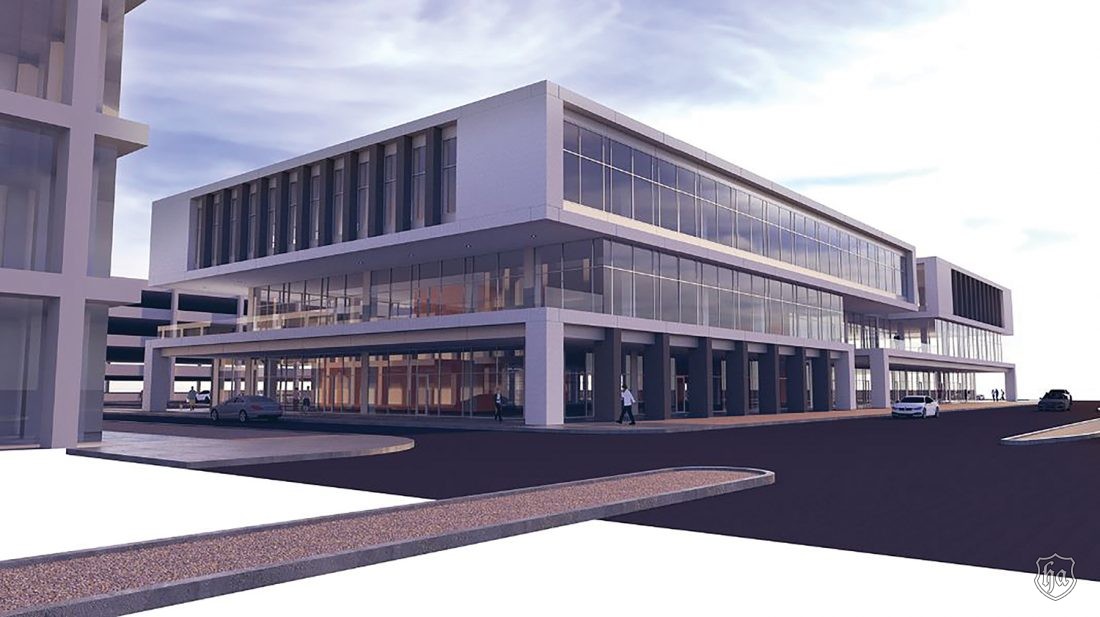 But while the economy has been surging upward and onward, the west valley has turned into somewhat of a sleeping giant with massive population growth and plenty of potential for growth in practically every industry. Yes, there are still new houses being built and Jack Nicklaus golf courses being played on, but the west valley is starting to attract more than nuclear families and golfing enthusiasts.

In fact, tech giants such as Microsoft and Oracle have taken notice, buying up huge rectangular chunks of former farmland in the west valley to accommodate future data center projects. Now, local brokerages are taking notice as well, working with companies like Venn Construction to erect more than just houses and chain restaurants.

Venn Construction has been working with local developers and brokers to invest in new class-A offices in the west valley, including new projects in places like Peoria, Glendale, and Surprise, where economic development director Jeanine Jerkovic has been overseeing the new Sterling Grove development.

Projects like Sterling Grove are helping to attract Class A office development, which are multi-story buildings housing more than one company. While the city has been a hub of Spring Training baseball for years, it’s now surging in population numbers, reaching nearly 140,000, some of which are younger professionals looking for safe and quiet neighborhoods they can go home to.

This characterization of cities like Surprise and Peoria was put on full display in a recent Class-A forum spearheaded by Venn. One of the major goals of the forum was to show that imaginary line mentioned above, separating the west valley from Phoenix and the rest of the east valley has actually shifted and pushed north, separating some of the more northern reaches of the valley with the bulk of the southern half. 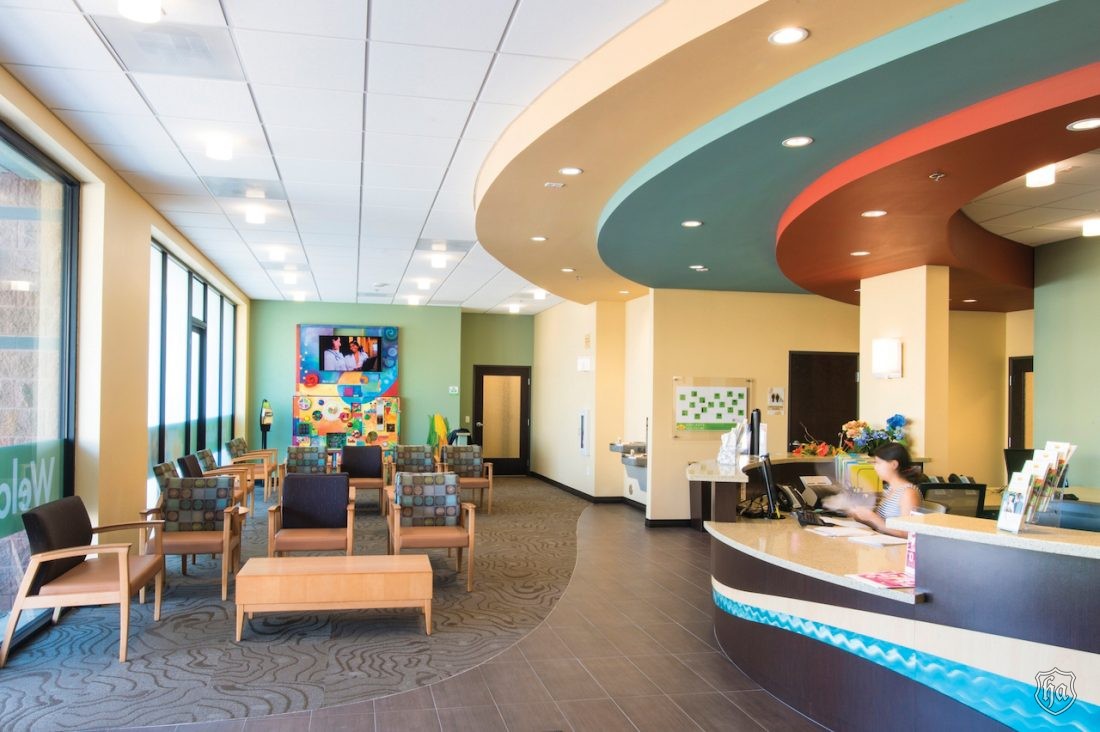 As businesses and neighborhoods continue to pop up out west, the I-17 divider is nothing more than a highway. Venn Construction is working with local developers and brokers to show that the entire region is becoming more and more connected through development.

“This was a rapid-fire way to get the data out in front, share the information of these communities’ quality of life, schools, amenities, housing and, most importantly, the workforce that will drive the HR departments of the users to fuel their business,” notes Stephanie Fogelson, vice president of project development at Venn. “The cities truly delivered, and the packed house of brokers and developers heard a very new message: the west valley is no longer a sleepy little town. It is jam-packed with a quality workforce who would more than welcome working much closer to their half-million-dollar homes.”

In Peoria, the city is seeing a steady 2.5-percent growth rate year-over-year when it comes to its population, which now comes in at just over 170,000. Having always been known as a sports and athletics destination for such things as Spring Training baseball, basketball tournaments, and racing, Peoria is attracting more people for more than just sports. Furthermore, the city is constantly being ranked as one of the best places to live and work, including landing at number four on WalletHub’s best places to get a job. 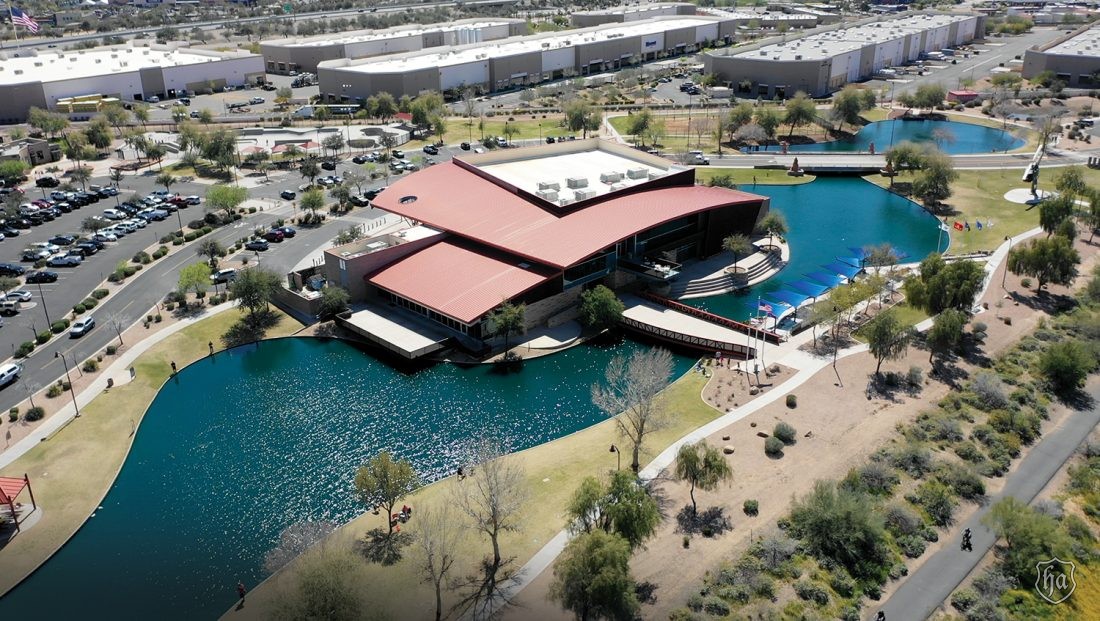 Peoria currently has several high-profile development sites throughout its boundaries including mixed-use projects and medical facilities, such as Banner’s newest rehabilitation hospital that just opened and plans for ValleyWise Health’s primary and specialty care center set to open later this year.

Another way this is evident is through its P83 Entertainment District, a 17-acre destination for the younger families and professionals moving to the area. Located next to the Peoria Sports Complex, P83 is representative of what’s changing out west, a younger, more engaged population. Seeing this as an opportunity, the city’s developers are circling the idea of bringing a vertical mixed-use development of more than one million square feet to Peoria, including space for Class-A offices, a hotel, mid-rise residential units, and more entertainment.

“I truly believe when you look at market entry you have to assess both data and information. The brokers and developers began to read the data, they were impressed and pausing. That pause in assessment is a great first step, but it won’t move a needle. We need to then bring the information of how great these communities are to overlay it with the data, which shows that now is the perfect time to invest in Class-A office space,” adds Fogelson. 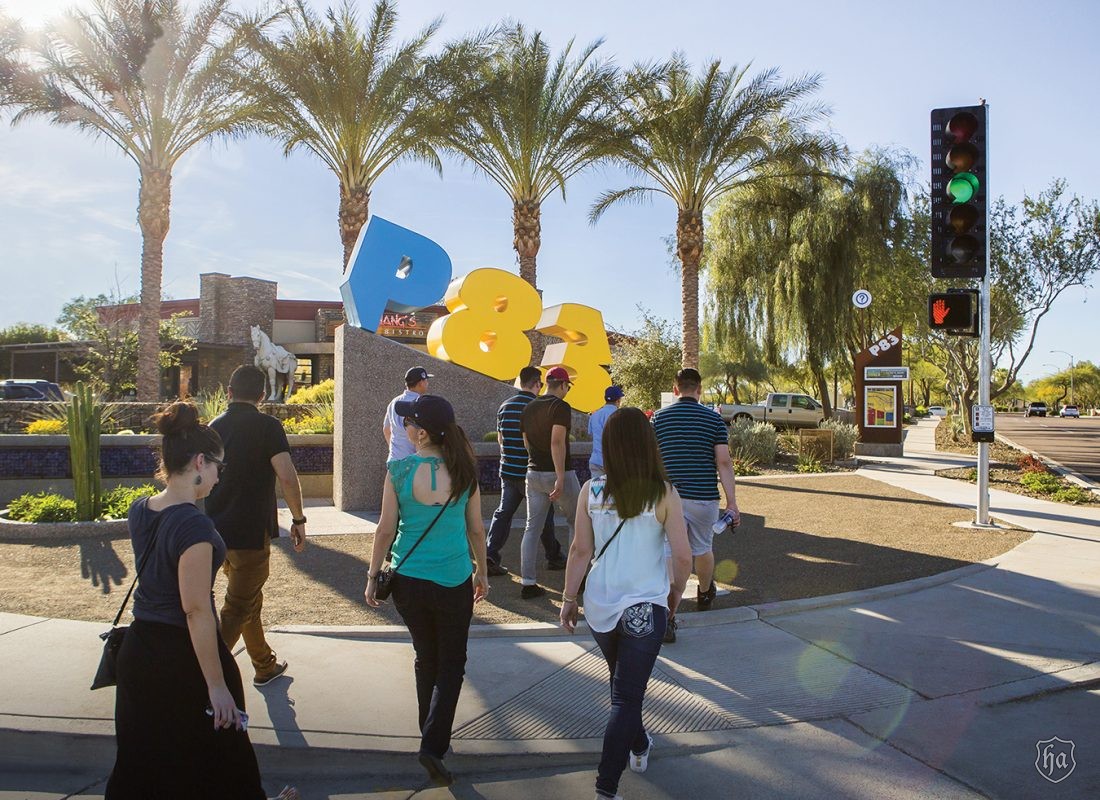 The Greater Phoenix office market is falling in line with a promising trajectory. The outlook for the rest of this year and beyond is strong based on a large push from companies moving into the market/ Those companies may be escaping higher operational costs in coastal markets or expanding into the market.

Record absorption (more than three million square feet through the third quarter of 2019), high construction number, and a lot of pre-leasing activity are helping to drive the market. In the last decade, the market has seen vacancy rates drop by 40 percent.

Examples like these can be found all through the west valley and northern reaches of Phoenix and are only expected to continue as populations grow and more developers see the opportunity to build out Class-A offices. The main push behind being able to see more growth is the ability to educate developers on the opportunities in front of them.

For more information on Venn, to discuss next construction project, or to be considered for an upcoming story call (602) 325-1450 or email stephanie.fogelson@venncompanies.com