(Crewe, 8 July 2019) In its centenary year, Bentley is celebrating another record-breaking run at the world famous Pikes Peak International Hill Climb with the release of two new films.
Join driver Rhys Millen (NZ) on board the Bentley Continental GT as a new outright record for production cars is set by 8.4 seconds. A camera mounted to Rhys’ race helmet reveals footage from a driver’s point-of-view as he tackles the 156 corners, climbing almost 5,000ft in 10m18.488s. 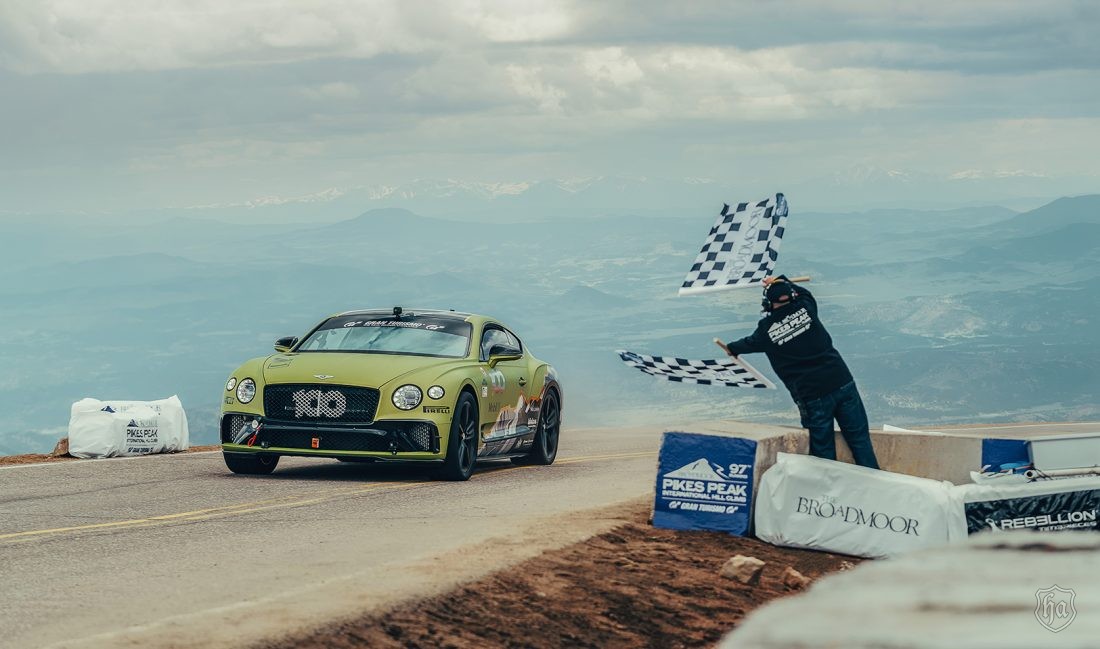 A second film released today covers Bentley’s event highlights from the race build-up, helicopter footage of the run and post-race reactions from the Bentley team and Rhys Millen.
The Pikes Peak project was supported by Bentley’s technical partners Mobil1, Lifeline, Brembo SGL Group and Pirelli, and by exhaust partner Akrapovič.

Notes:
Bentley Motors headquarters in Crewe is home to all of its operations including design, R&D, engineering and production of the company’s four model lines, Bentayga, Continental, Flying Spur and Mulsanne. The combination of fine craftsmanship, using skills that have been handed down through generations, alongside engineering expertise and cutting-edge technology is unique to UK luxury car brands such as Bentley. It is also an example of high-value British manufacturing at its best. Bentley employs around 4,000 people at Crewe.