In addition to a week of car activity, attendees will experience 250 sponsors and exhibitors and 100-plus food vendors. New for the 2020 Scottsdale Auction is the Barrett-Jackson Performance Track, which will feature Thrill Rides and Hot Laps from Chevrolet, Dodge, Ford and Toyota, which is bringing its new Supra. 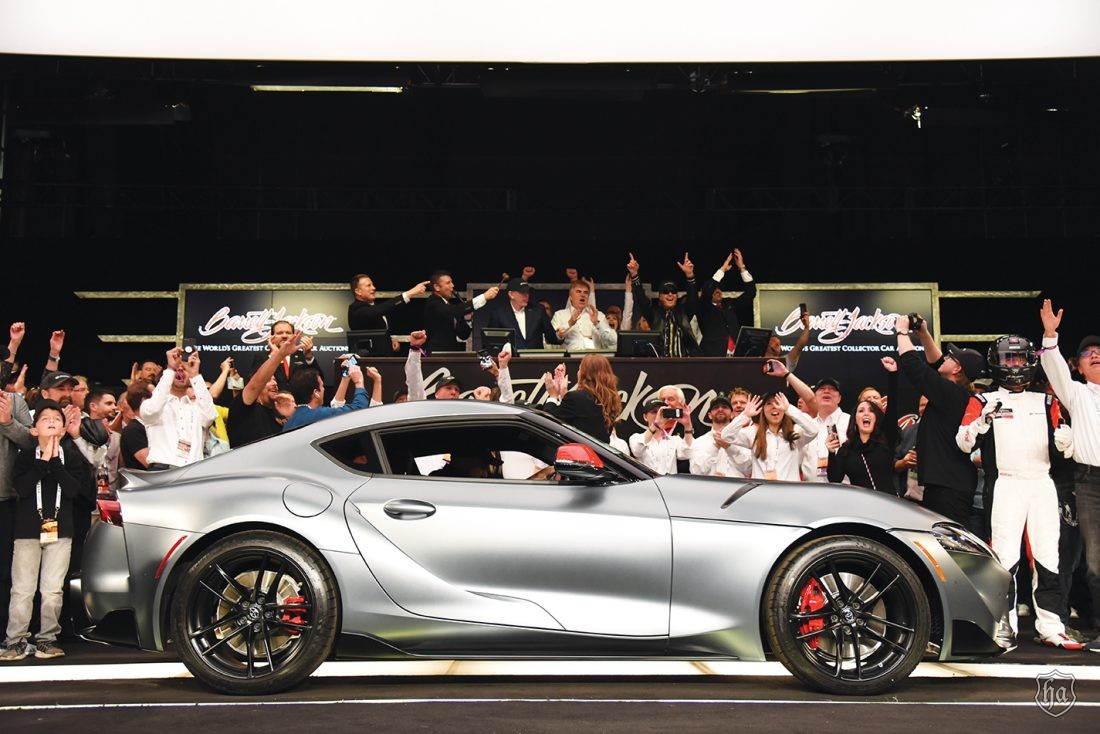 “My father and mother, Russ and Nellie, and their business partner, Tom, began Barrett-Jackson as a community fundraiser for a local library now almost five decades ago, and this small event has grown into an international brand,” says Craig Jackson, CEO and chairman of Scottsdale-based Barrett-Jackson, The World’s Greatest Collector Car Auctions.

Established in 1971, Barrett-Jackson also produces annual auctions in Palm Beach, Florida; Mohegan Sun in Connecticut; and Las Vegas, Nevada. With broadcast partners MotorTrend (formerly Velocity) and Discovery Channel, Barrett-Jackson features extensive live coverage, with broadcasts in 150-plus countries.
Jackson says: “The Barrett-Jackson team welcomes you to Scottsdale 49 –– a lifestyle celebration for everyone in the family.”

A Stellar Collection of Collections
Highlighting the event are four collections, featuring 21 cars owned by Walker, star of the Fast and Furious movies, eight vehicles from The Scott Thomas Collection, premier vehicles from Matt Furukawa and 13 cars and trucks from the Vault Portfolio of Paulo Docouto. 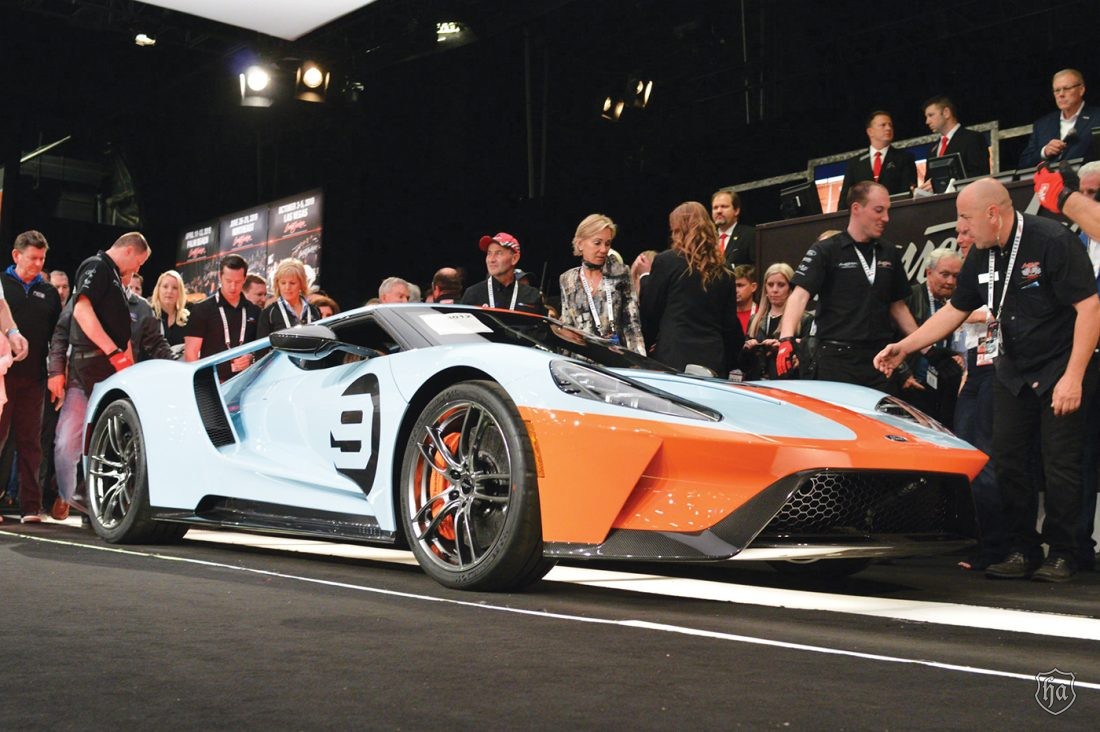 “We’re proud to help continue Paul Walker’s legacy by offering his esteemed collection to their new caretakers at our flagship Scottsdale event,” Jackson says. “Whoever buys them in January, it’s our hope that they will bring the same kind of joy to their homes that they brought Paul.”

Featuring early-production and limited-production supercars, the Scott Thomas Collection is led by three McLarens, a 2015 Le Mans edition (Lot #1394), a 2016 (#1295) and the 2019 honoring the great F1 champion Ayrton Senna, one of only 500 manufactured and 120 imported to the United States. The street-legal hypercar has a mid-mounted 789-horsepower V-8 and delivers 0-to-60-mph sprints in 2.8 seconds, quarter miles in 9.9 seconds and a top speed of 211 mph. 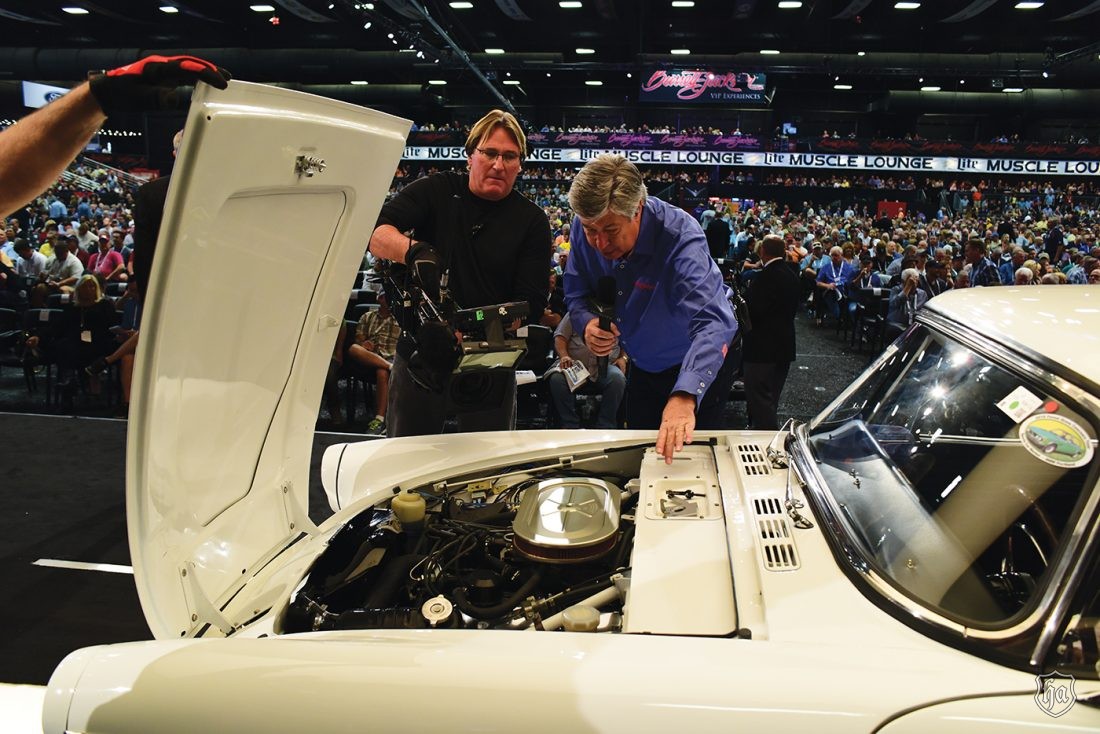 “Our primal desire for speed is something that many car enthusiasts share, and Scott Thomas is no different,” says Steve Davis, president of Barrett-Jackson. “The Scott Thomas Collection contains a host of modern engineering marvels combining both elegance and design with raw power and performance.” 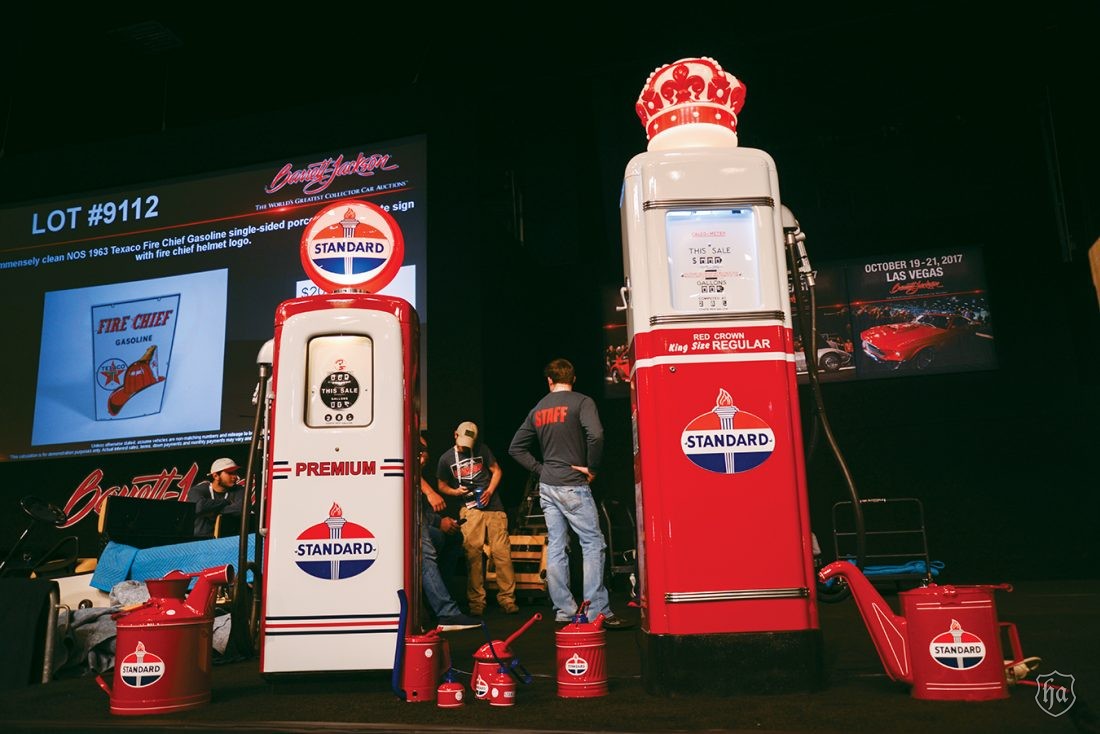 “Resto-Mods have become the ultimate expression of creativity, design, engineering and performance within the collector car hobby,” Jackson says. “We’re proud to have shined the spotlight on this unique segment of collector cars over a decade ago. Today, these professionally built Resto-Mods represent half of our top 50 sales across all our auctions in 2019. The younger generation, the millennials, in particular, love them.”

Among these are a 1966 Chevrolet Corvette Custom Convertible (Lot #1449) and a 1967 Ford Mustang Eleanor Tribute Edition (Lot #1317.1), a celebration of the classic car in Gone in 60 Seconds starring Nicholas Cage. 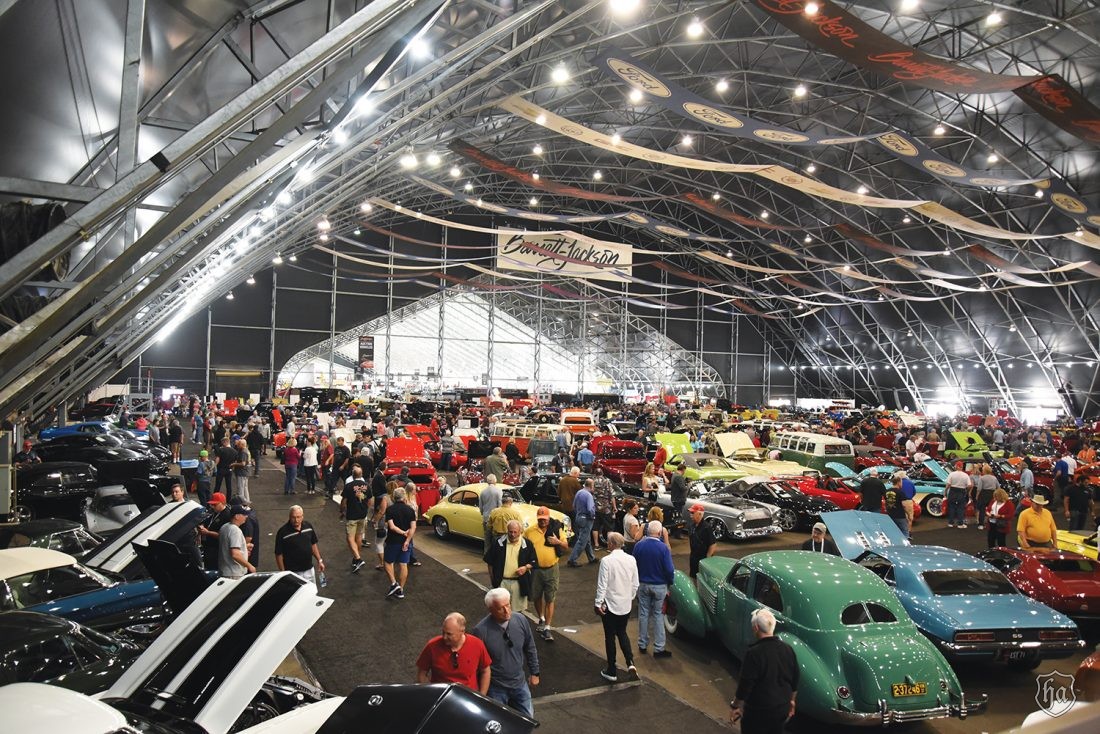 “Resto-Mods emphasize performance while retaining as much of a stock look as possible, turning a classic into a modern performance machine,” Davis says. “Nearly all these modernized machines are built with the purpose of breathing a second life into the vehicle as a reliable and streetable driver.” 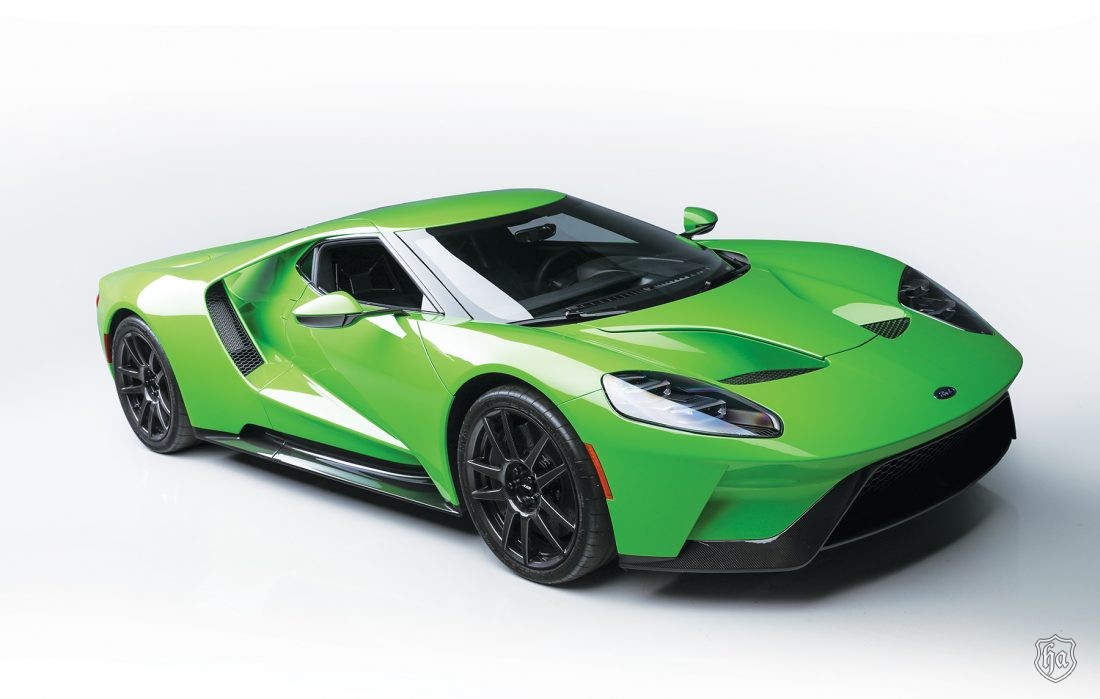 “We’ve become even more discerning at Barrett-Jackson about vetting Resto-Mods by digging into the provenance of the cars,” Jackson explains. “We research these cars to make sure peoples’ opinions about the cars and the realities match. Just because a car has one part offered by a famous customizer doesn’t mean that he did the car. But, professionally completed, today’s Resto-Mods can remove the idiosyncrasies of the originals and add all of today’s power and upgrades and designer insights, making each one a one-off.” 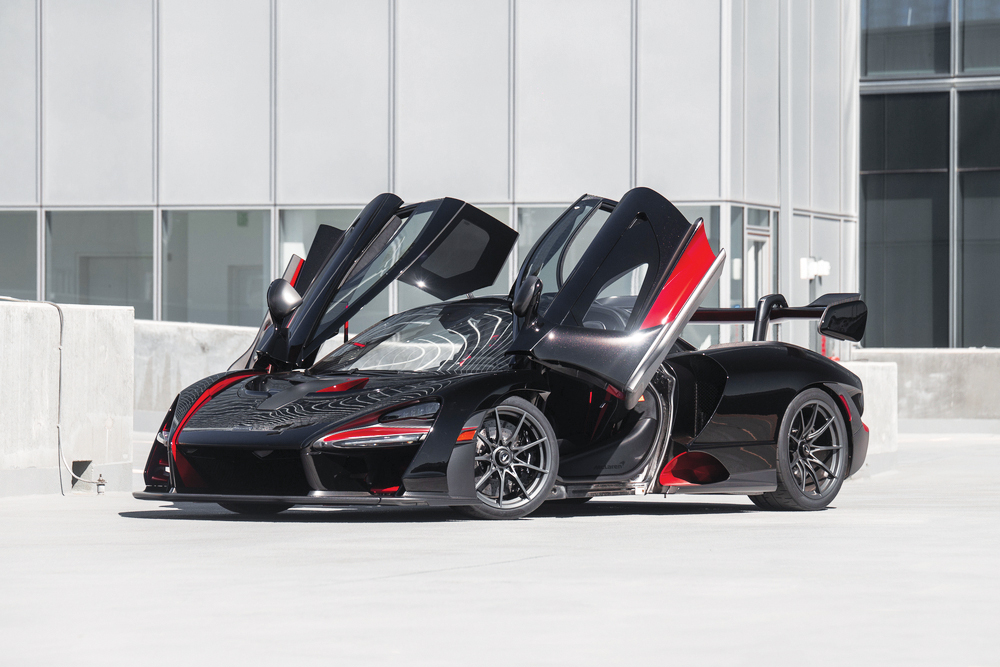 “The 1-2-3 Le Mans win by Ford and Shelby in 1966 is one of the greatest success stories in racing history,” Jackson says. “Not only did Carroll Shelby and Ken Miles, led by Lee Iacocca and Henry Ford II, dethrone Ferrari at Le Mans, they also inspired generations to believe that anything is possible.” 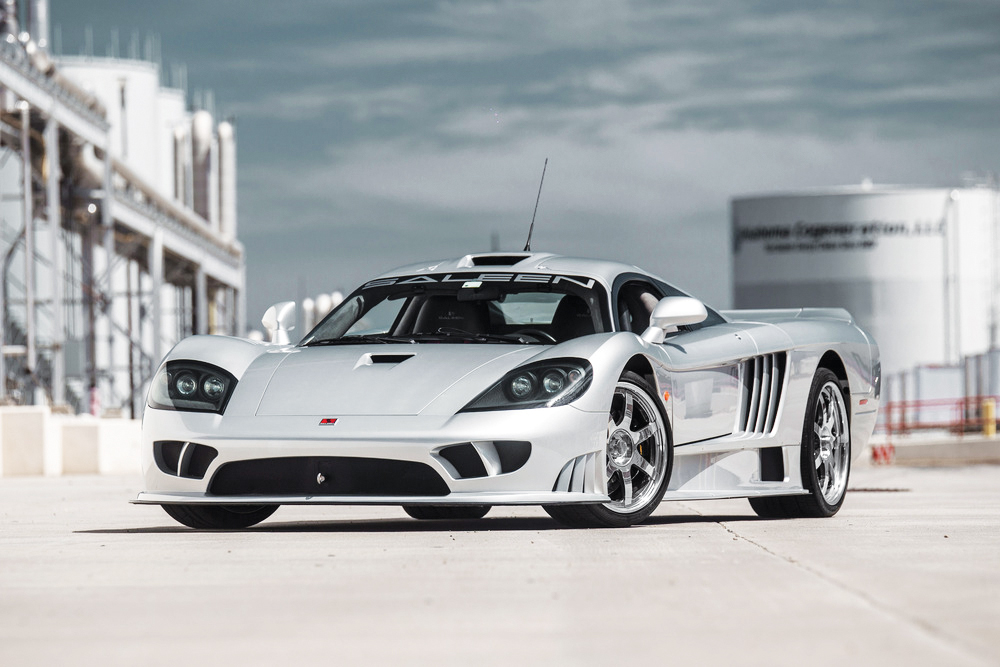 In all, ten Ford GTs are consigned to cross the Scottsdale auction block, including a 2005 VIN 003 (Lot #1396), the first 2005 Ford GT offered to the public for sale, from the Scott Thomas Collection. Completed on June 29, 2004, this GT carries VIN 003 and features Carroll Shelby’s autograph on the dash.

“This is an incredible time to be a Ford and Shelby enthusiast,” Davis says. “These two iconic brands have forever impacted the world of performance driving. Their racing DNA runs through every vehicle Ford Performance and Shelby American builds today.” 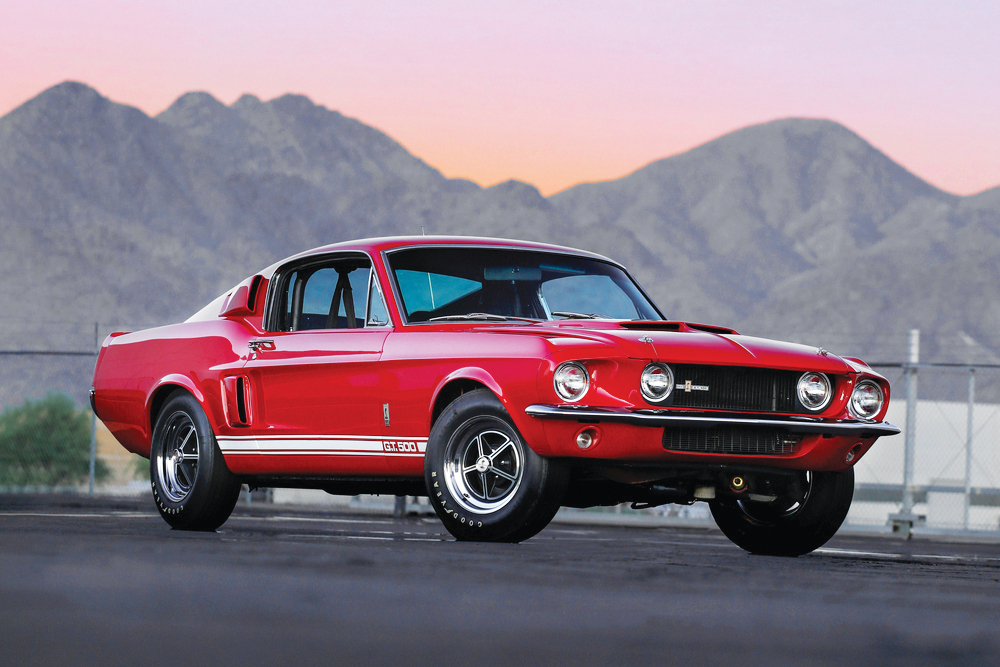 Classic, late-model and custom Ford Shelby Mustangs will also be featured. These include a 1964 Ford Thunderbolt (Lot #1364). Bringing the dragstrip to your doorstep, the award-winning Wimbledon White-liveried classic muscle car is one of the documented 100 built. 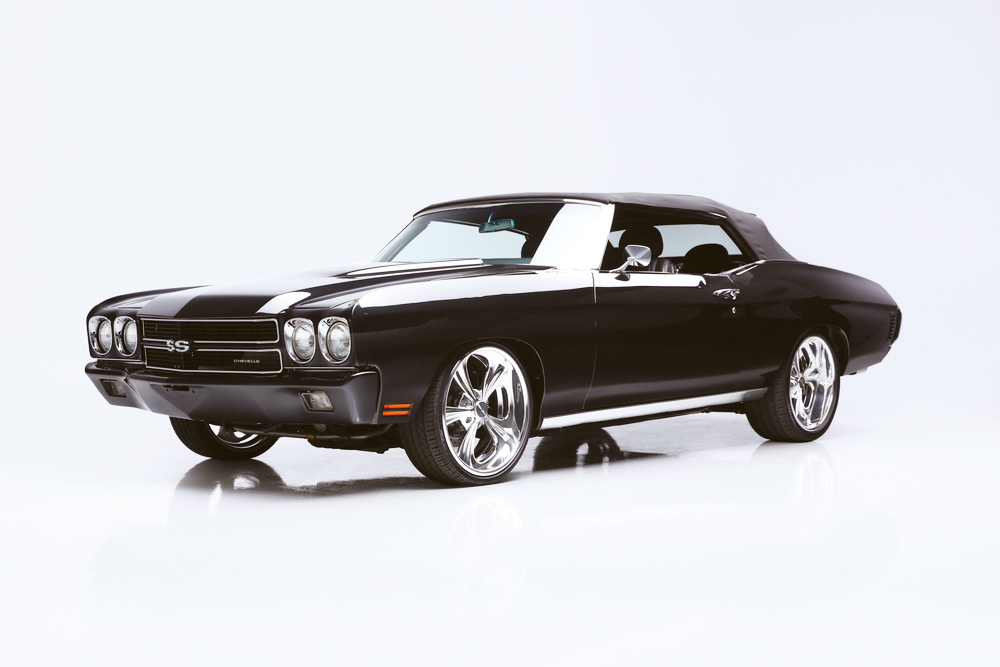 A Broad Selection of Cars
Exemplifying the diversity at Barrett-Jackson Scottsdale 49 is a 1959 Volkswagen Deluxe 23-Window Bus (Lot #1304) and #59 of the legendary 69 1969 Chevrolet Camaro ZL COPO (Lot #1409), featuring an all-aluminum big-block ZL1 427-cid engine, 100 pounds lighter than the also legendary L88s. In Hugger Orange, the matching-numbers Camaro is the only ZL1 ordered with an NC8 chambered exhaust.

Three Toyota Supras will be offered from the ’80s and ’90s, including a 1993 MKIV Toyota Supra Turbo (Lot #1433) powered by the legendary 2JZ twin-turbo 3.0-liter inline-6 engine paired with a 6-speed manual.

“Barrett-Jackson’s dockets continue to adapt with evolving collector car trends,” Davis says. “Our Gen X and millennial buyers made up 44 percent of all our 1980s and 1990s vehicle auction sales in 2019. The demand for these cars will continue to grow, and we’re excited to lead this trend with some of the finest, low-mileage examples from this era.” 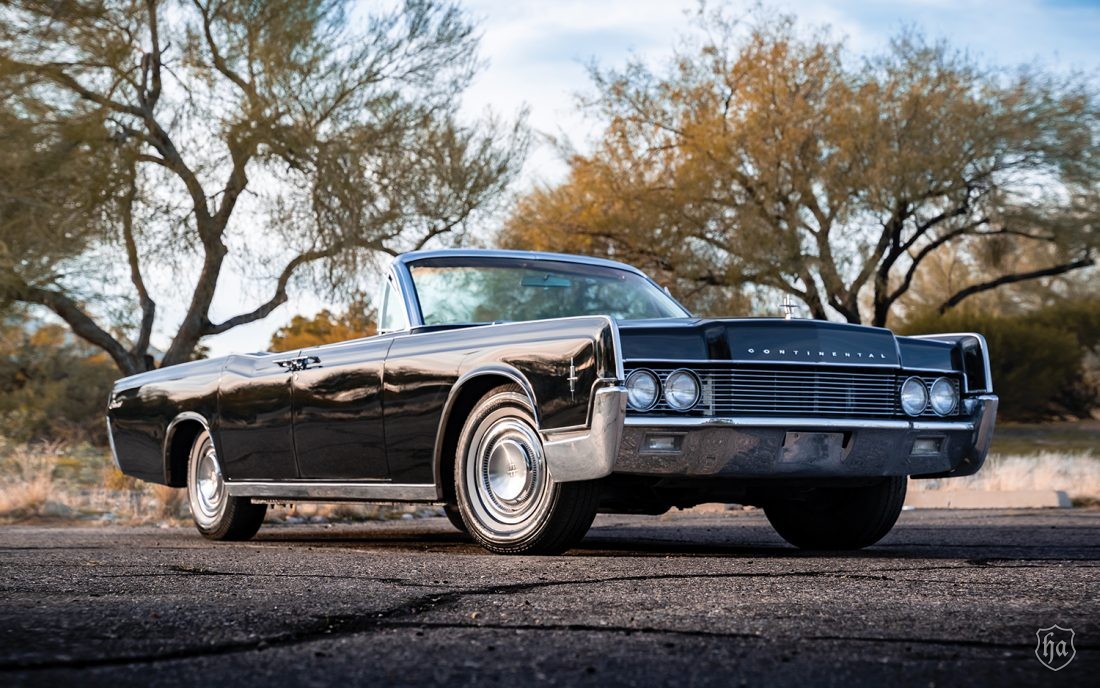 A Legacy of Charity
Charity cars always have marquee status at Barrett-Jackson. To date, the company has helped raise more than $118 million for a variety of charities nationwide.

Nine cars will benefit those in need this January, with all of the hammer proceeds donated by sponsors and private collectors to designated charities. 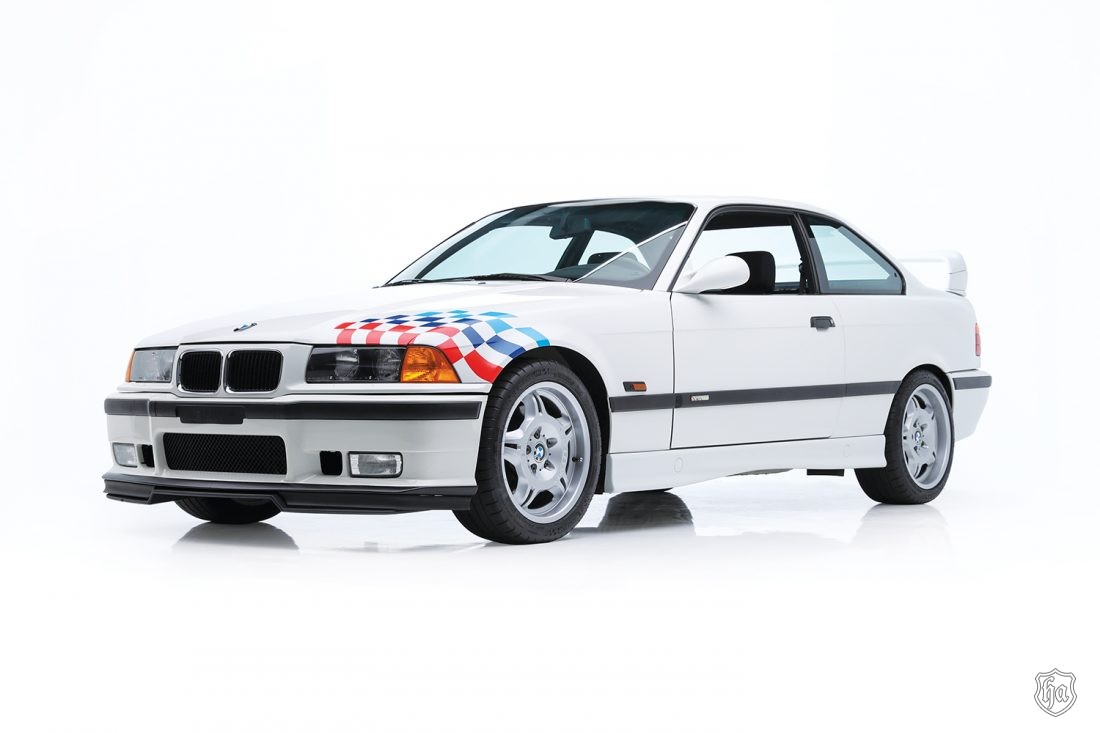 “This tradition of giving back was started by my parents, Nellie and Russ, and Tom Barrett,” Jackson says. “Supporting philanthropic organizations is the very foundation of our company. We’re honored to continue their legacy.” 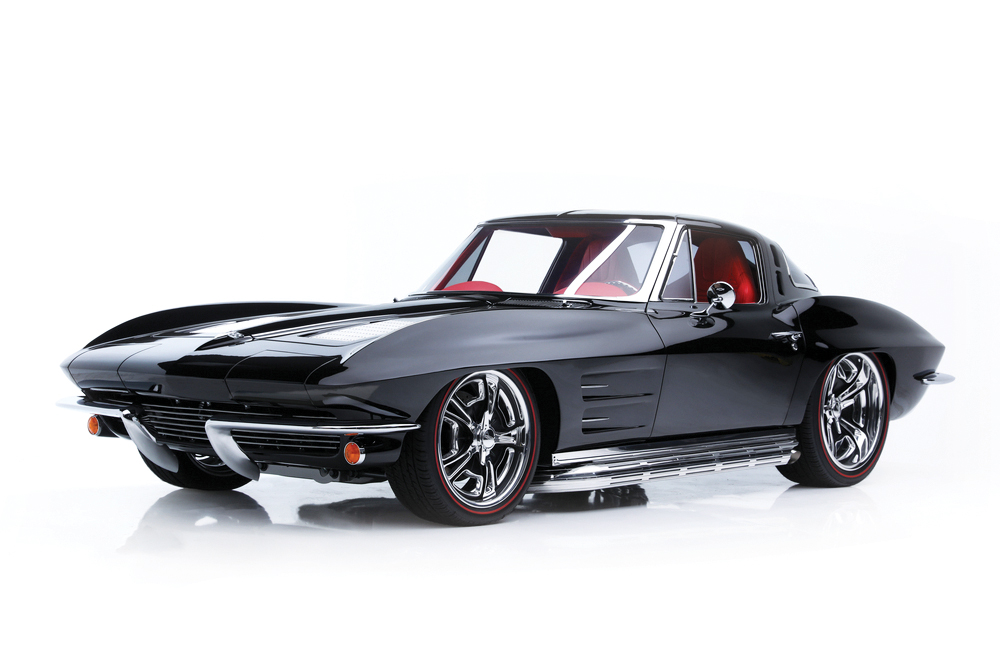