These included passions for family, philanthropy and automobiles, which he enjoyed in daily life and on screen as the protagonist of six Fast and Furious movies, which won worldwide box-office attention for more than a decade. 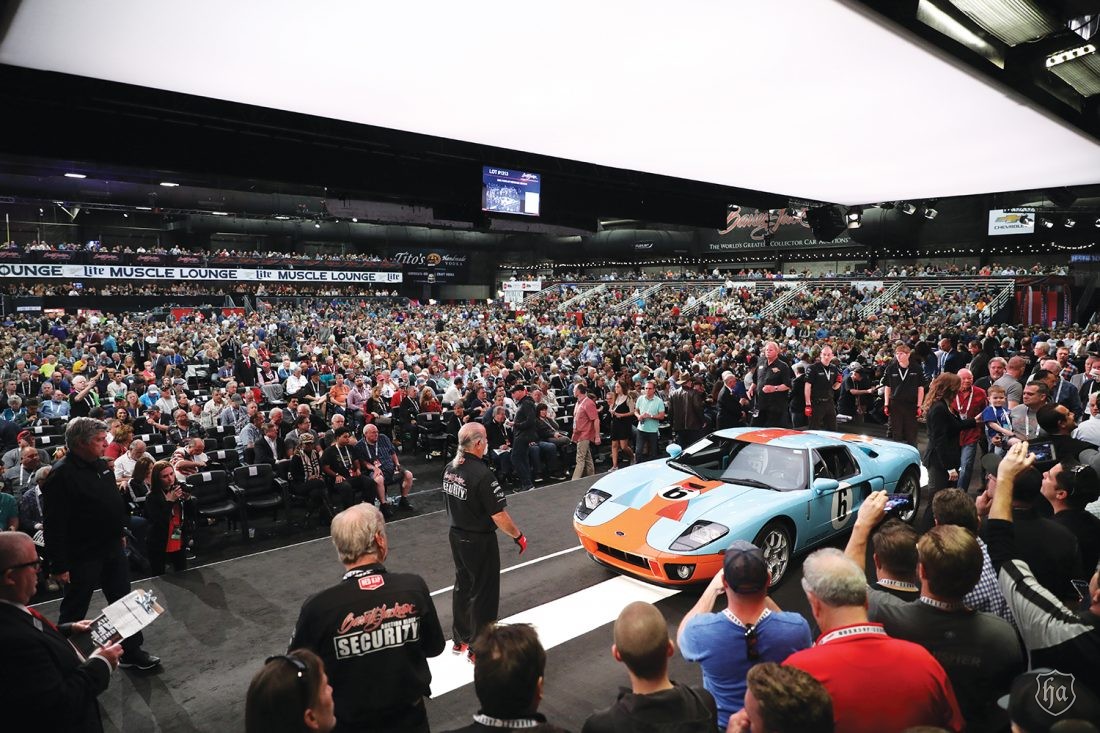 A group of 21 collectible vehicles from his eclectic collection will be offered at the 49th Annual Barrett-Jackson Auction, January 11–19, 2020, at WestWorld of Scottsdale. Established in 1971, the Scottsdale-based company, The World’s Greatest Collector Car Auctions, also produces annual events in Palm Beach, Florida; at Mohegan Sun in Connecticut; and Las Vegas, Nevada. 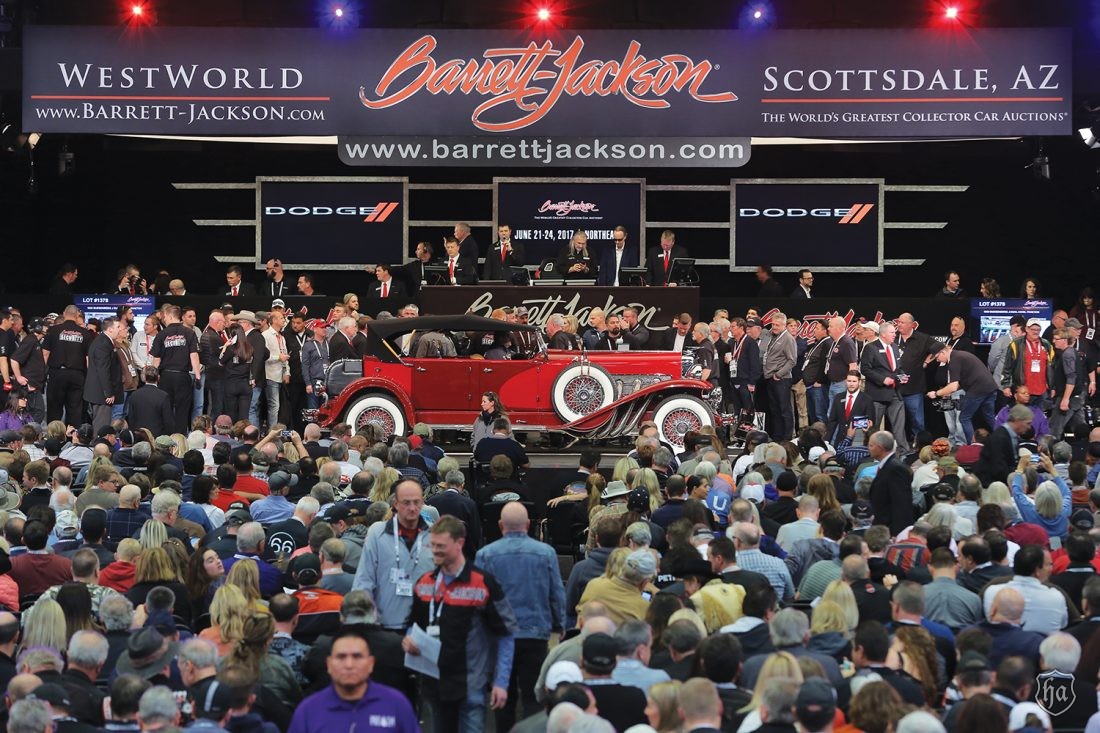 With 1,500 victories making it the most successful touring car ever, the M3 packed a 2.3-liter inline-4 producing 195 horses and 170 ft/lbs of torque; it’s tied to a 5-speed Getrag tranny and a limited-slip differential.

The M3 Lightweights (Lots #1371, #1372, #1372.1, #1373, #1373.1) are the homologation specials for BMW North America, built for the IMSA Firehawk series. Weighing 2,950 pounds, they are about 220 pounds lighter than standard models, resulting from components such as aluminum doors, forged magnesium wheels and interior carbon fiber trim. Also casting out pounds are deletes such as radio, air-conditioning and the tool kit.

The BMW S50 3.0-liter inline-6 engine, rated at 240 horsepower and 225 ft/lbs of torque, is linked to a 5-speed manual and a 3:23 final drive ratio. Each engine was hand selected by BMW engineers after extensive track testing. Nearly all had a rear wing and front spoiler and Alpine White III paint finished with BMW Motorsport-colored checkered flag livery on the left front and right-rear corners. 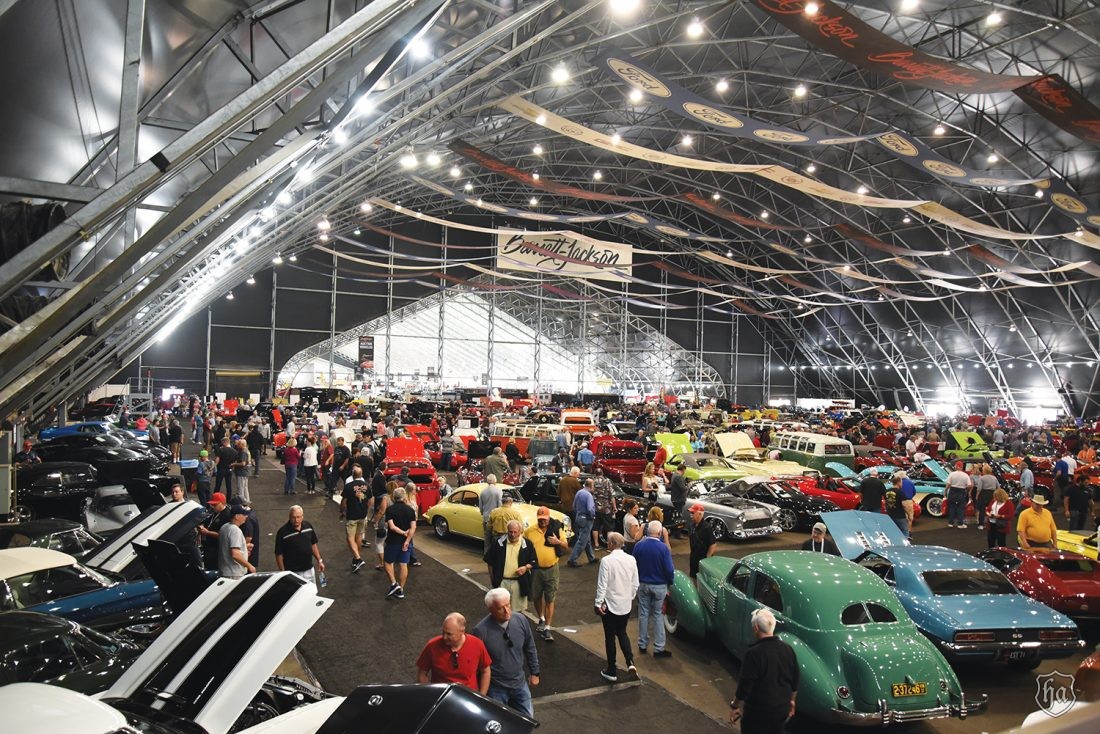 “This group of five of the roughly 126 Lightweights produced in 1995 is probably the first time so many have appeared for sale in one place,” says Jeff Catlin, showroom division manager for Barrett-Jackson, who has been overseeing the collection in anticipation of its sale during the Scottsdale Auction, culminating in marquee-car appearances Saturday night, January 18.

“We’re proud to help continue Paul Walker’s legacy by offering his esteemed collection to their new caretakers at our flagship Scottsdale event,” says Craig Jackson, chairman and CEO of Barrett-Jackson. “Whoever buys them in January, it’s our hope that they will bring the same kind of joy to their homes that they brought Paul.” 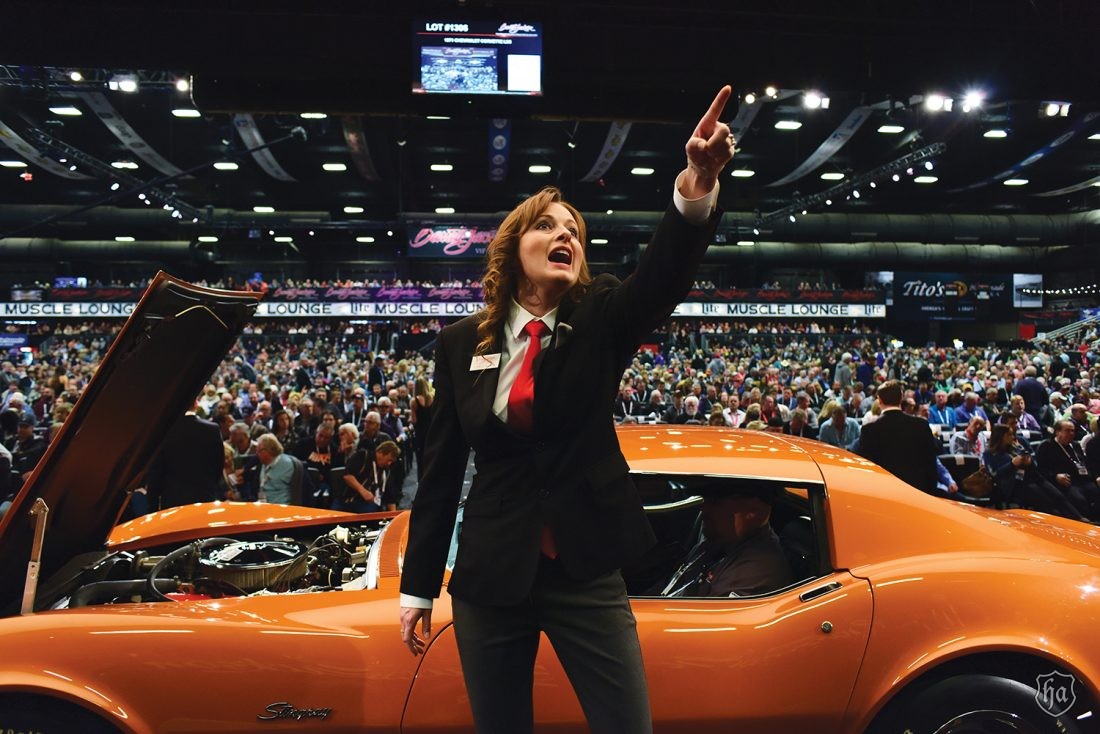 A Saturday-night feature car is a never-raced 2013 Ford Boss 302S (Lot #1374.1), one of 50, powered by a 5.0-liter Ford Racing V-8 with Ford Racing PCS software and many other official Ford Racing components. A 6-speed TREMEC T6060 manual transmission with Exedy clutch delivers the power to a Torsen T2R differential with 3.73 gears.

Joining the Boss 302S on the podium during the Scottsdale auction will be a custom 2009 Nissan 370Z (Lot #730) with only 2,623 miles; it appeared in Fast Five. Its VQ 3.7-liter V-6 outputs 332 horses and has a 5-speed manual transmission as well as many performance upgrades. In Brilliant Metallic Silver, appointed with graphics from Paul Walker’s charity, Reach Out Worldwide, the car includes teal Volk TE37 wheels and Hankook tires, RECARO HANS Pro Racer Seat and a detachable NRG steering wheel. 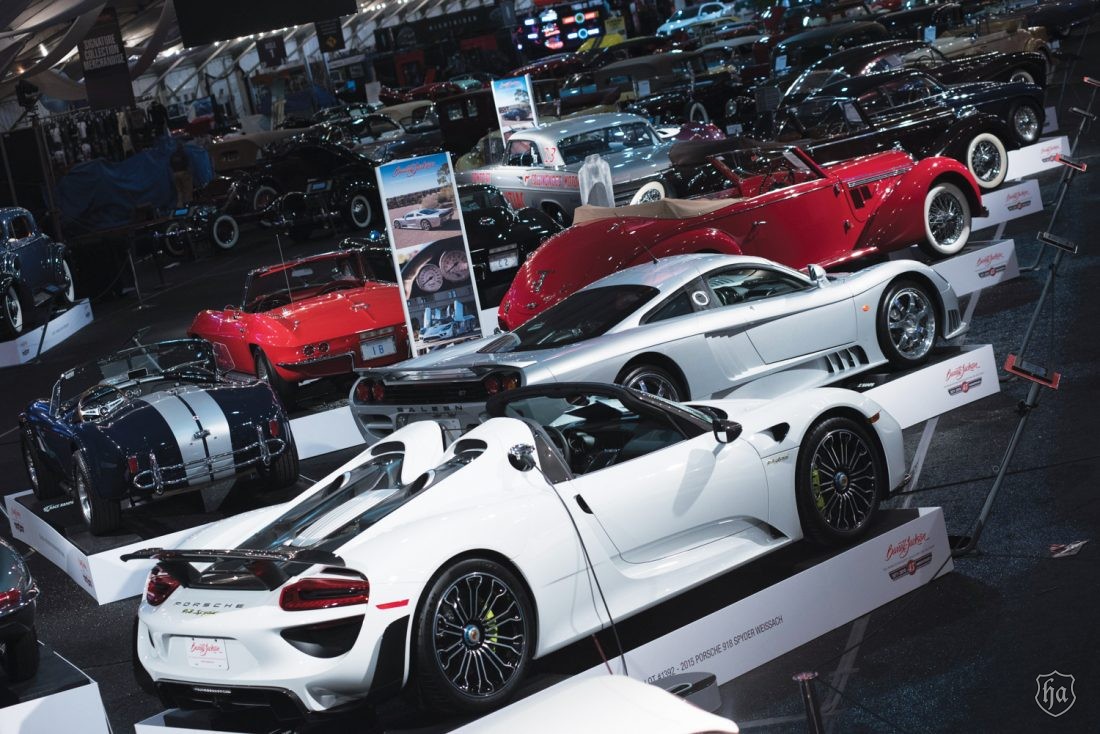 “Paul Walker’s collection spanned five decades of automotive excellence and truly reflected his personal taste,” says Steve Davis, president of Barrett-Jackson. “Paul’s passion for performance was especially expressed in the cars he loved. This group of vehicles also represents the evolution of the hobby, as collectors are clearly broadening their horizons and diversifying their collections.”

The Audi features a 90-degree 2.7-liter V-6 with two parallel BorgWarner turbos. The car produces 261 horsepower and 295 ft/lbs of torque, with each cylinder fed by five valves. All wheels are driven by a Torsen T-2 quattro all-wheel-drive system. A six-speed manual is also included. 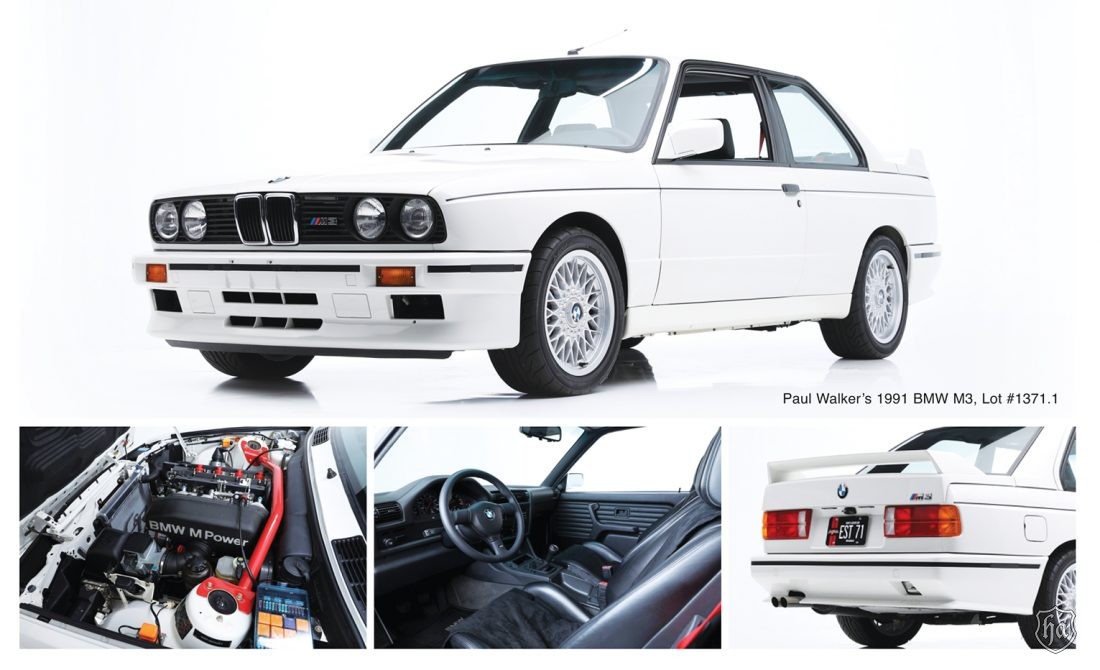 Trucks, Cycles, Projects and a Bronco

A trio of trucks were Walker’s utilitarian vehicles; he was equally happy on the film set and the track and on his ranch. The earliest is a 2003 Ford F-250 Super Duty Pickup (Lot #374.1), with the Powerstroke 7.3-liter turbo diesel, a V-8 with 175 horses and a muscular 525 ft/lbs of torque. The workhorse has an extended cab and short bed. 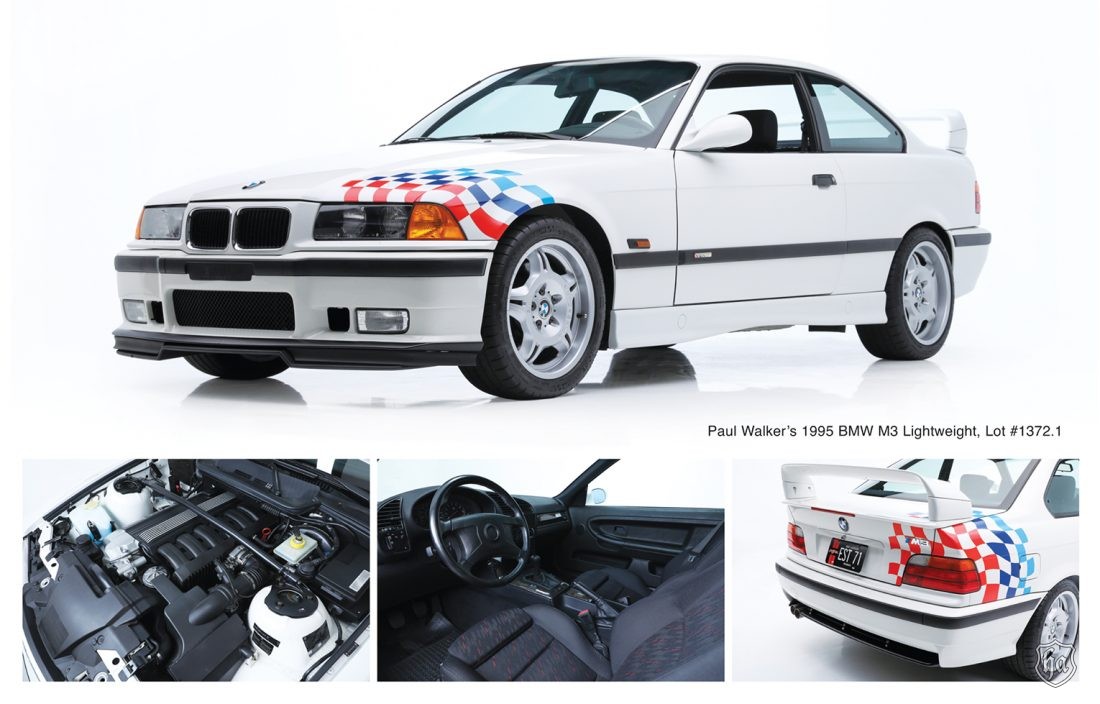 He was also prescient in acquiring a 1995 Ford Bronco (Lot #731) as these fifth-generation trucks are now among the most popular among collectors. Walker’s is an Eddie Bauer Edition, with the 351-cid Windsor V-8 and four-wheel drive, liveried in black on a tan leather interior. It even has one of those massive early cell phones. 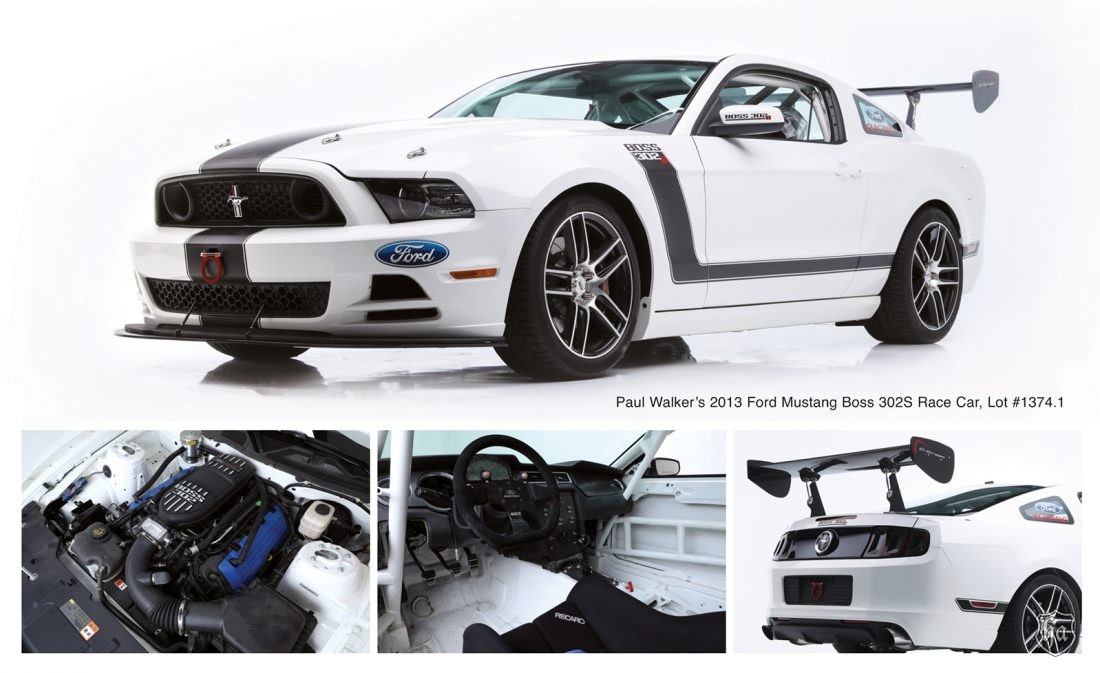 Another Chevy II, a Nova Custom Coupe (Lot #731.1) resulted from a meeting between Year One president Kevin King and Walker during the filming of 2Fast2Furious; it features large Wheel Vintigues billet rallye wheels and BG Goodrich G-Force tires, 245/45-17 in the front and 295/35-18 out back. 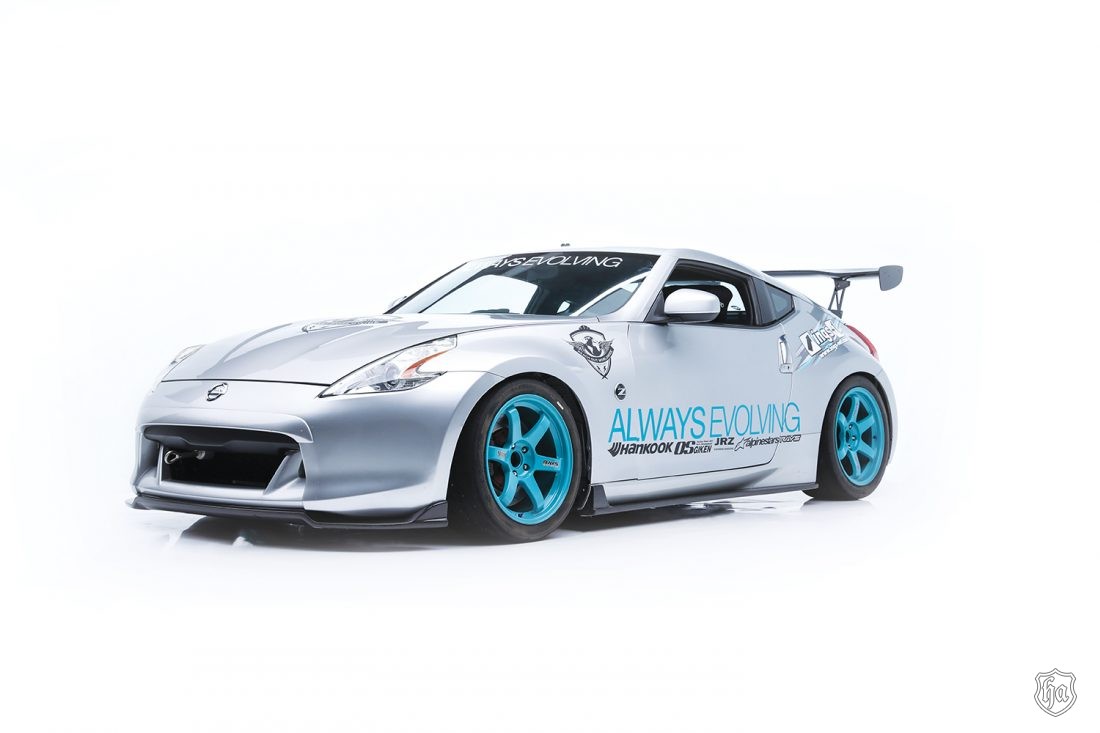 The sale of his cars at Barrett-Jackson Scottsdale 49 is an opportunity to celebrate Paul Walker’s other passions, too: his love for his daughter, Meadow, his brothers and sisters and friends; his charitable work, particularly through Reach Out Worldwide, founded in 2010; a love for the sea; and his everyday acts of kindness.

“Paul was the kind of person who valued and respected others,” says his longtime friend, Brandon Birtell, who is the executor of the Walker estate, which will receive all funds raised from the auction of the cars. He was Walker’s producing partner for 12-plus years on almost all of his films, including the Fast franchise. 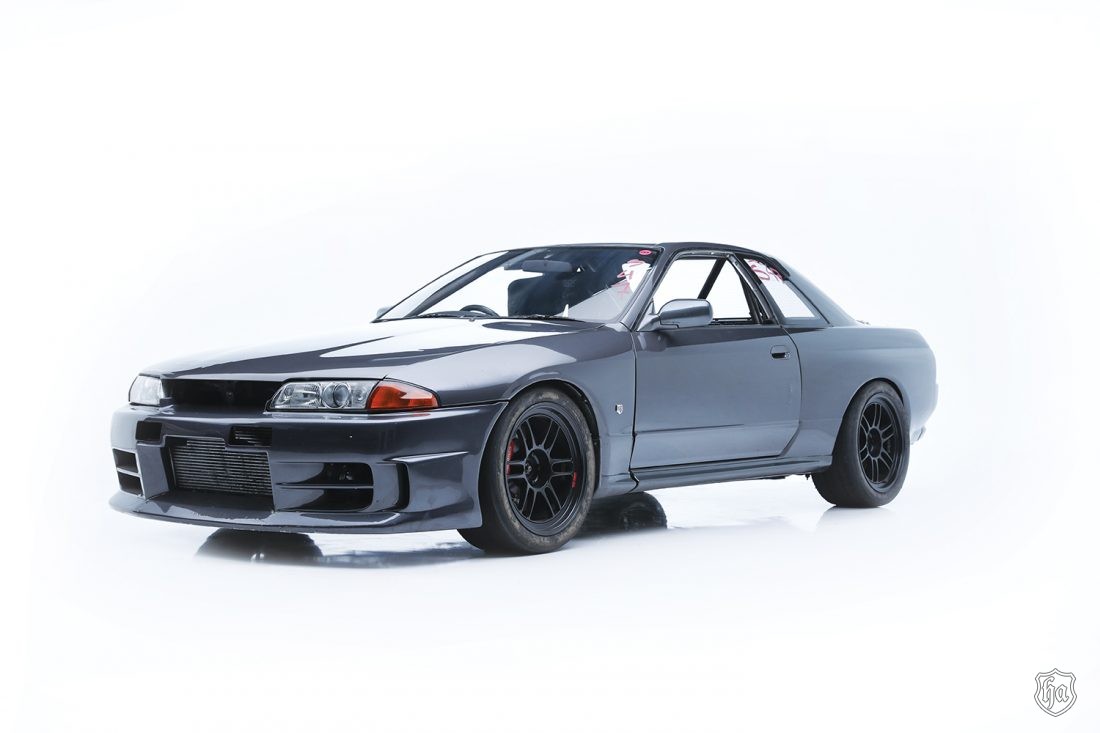 “He would go out of his way to do the simplest things, from stopping to open the door for others, making sure he looked someone in the eye when they were speaking or help someone that clearly needed to be helped,” Birtell says.

Walker shared his great automotive joy and knowledge with him. “We spent a lot of time in some of these cars, talking cars, talking life,” he says. “We all love that sense of freedom, but for him it was a unique haven of peace, control and anonymity. All these vehicles are an expression of Paul’s lifestyle. The stories are right in the cars.”

Remember the devastating January 2010 earthquake that ripped through the poor island nation of Haiti? Walker was there with a relief team. That effort created Reach Out World-wide (ROWW) to provide resources, including personnel for disaster response. 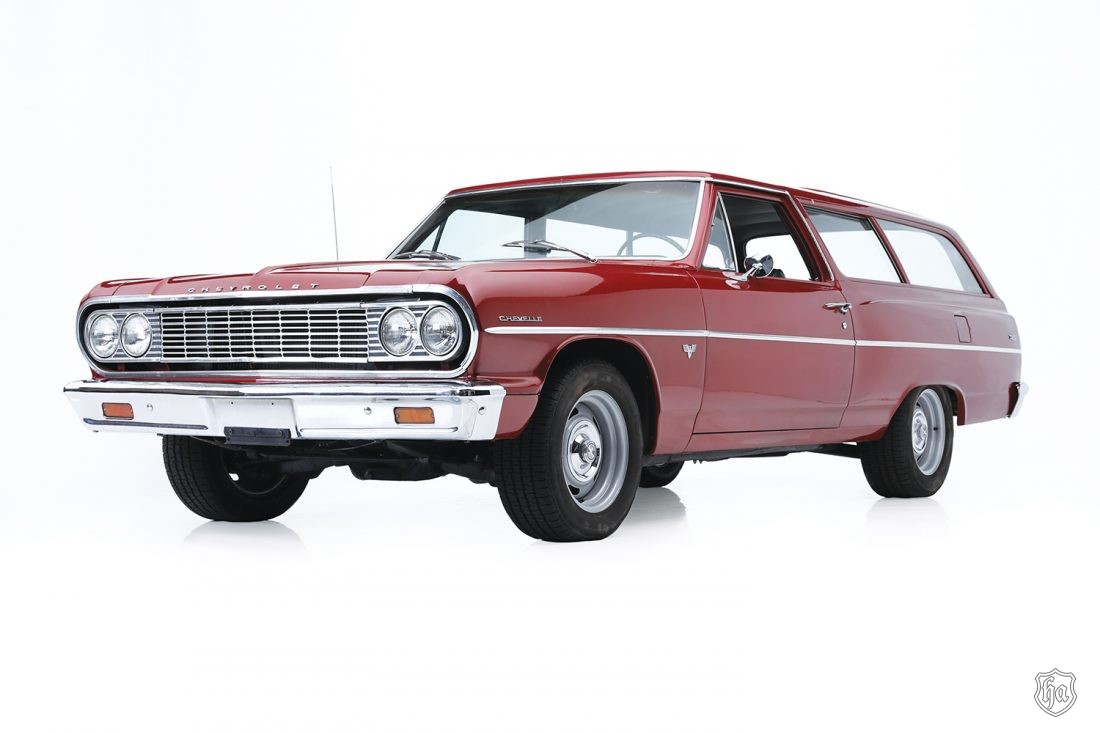 He loved the sea, where he spent much of his nonfamily free time when he wasn’t driving. In addition to his car and action movies, he completed a marine biology series, Expedition Great White with National Geographic, tagging great white sharks for study.

Walker’s charitable work continues through the Paul Walker Foundation, founded by Meadow to “do good” by providing grants, scholarship opportunities and acts of goodwill.

“Meadow created the Foundation as a way to honor her father and keep his spirit alive through supporting the things he was passionate about. It’s a way of helping others do things he would have wanted to do himself,” says Birtell, who proudly helps her accomplish its goals. “She’s so much like her dad; it’s pretty amazing how life works. I know he’s there with her and insanely proud.” 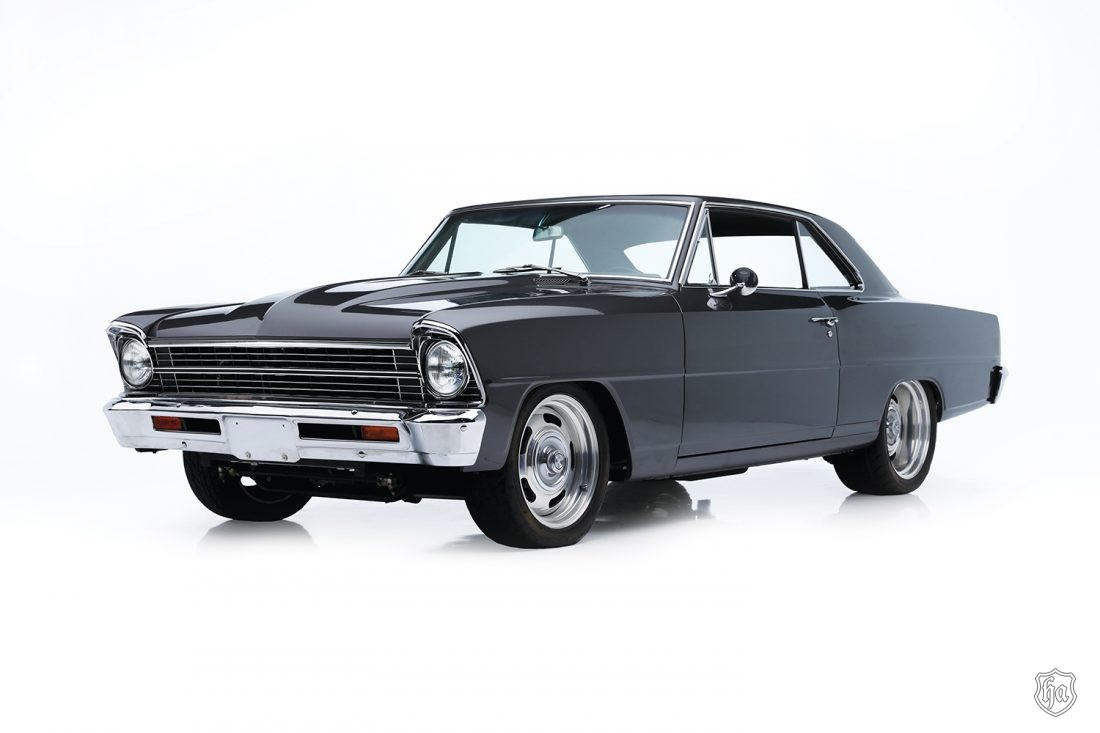 “Paul’s work on screen helped create a global family with the ‘Fast’ franchise centered on car culture. He’s the modern-day Steve McQueen. Paul Newman. More importantly, he had a special way of making everyone feel valued, welcome, appreciated. It spoke to his character and why he is loved by so many.”