Every year, major car collectors roll into Scottsdale for car auction week. The annual Barrett-Jackson auction is the largest event, a veritable candyland for auto enthusiasts and casual onlookers alike. But while the yearly car extravaganzas are a great opportunity to eyeball some of the most unique and sought-after vehicles from yesteryear and today, for real estate developer Bob Gawlik, it’s practically an auto show every day in his life.

Ever since Gawlik, a classic car disciple of sorts, got behind the wheel of his first car when he was 13 he’s been hooked on all aspects of the automotive world. He grew a passion for not only driving, but owning cars and collecting some of his favorites, like a 1968 American Motors AMX race car, 1967 Chevy Nova restomod, 1969 Corvette restomod, and a 1972 Camaro. But as his own collection of race cars and collector cars grew, he needed somewhere to park, store and access them. That’s when the idea for developing a unique garage complex for other collectors and auto enthusiasts like him came to mind. 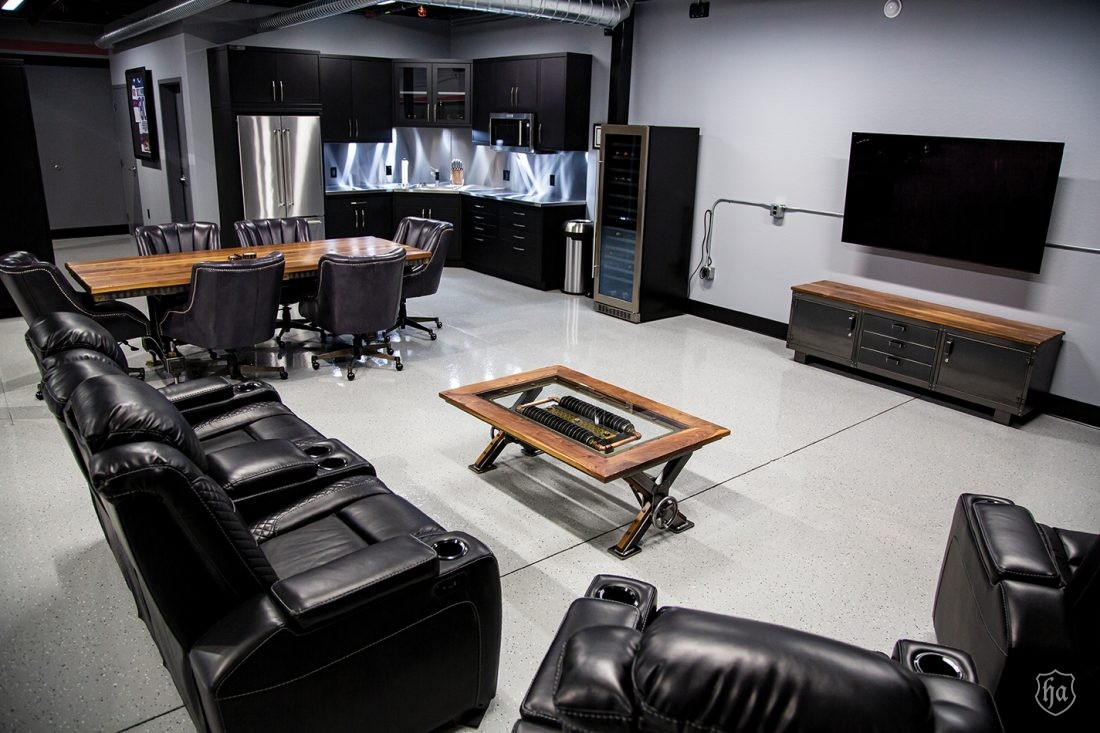 Gawlik’s Garages of Scottsdale complex, located in North Scottsdale, features 17 upscale garage units that are 5,000 & 6000 square feet, complete with ample space for customization. Standing at two stories in height, members have plenty of space to house numerous collectible cars and their automobila. Owners become engaged to truly make the space their own design something that’s been a big selling point for Gawlik.

Most people who are car enthusiasts that want or need a garage space outside of their home are usually only able to find something of smaller size where they could put three or four cars in and stop,” Gawlik says. “I wanted to build this project with larger garages. It provides a facility to people that’s a spectacular complex that they’re an owner in and where they can store their cars and build out a man cave and customize the inside to their liking.”

Here, garages are personalized to be not only places to store autos, but luxury, multilevel entertaining spaces, where owners turn them into man caves and host game nights and get-togethers with family, friends and other owners. 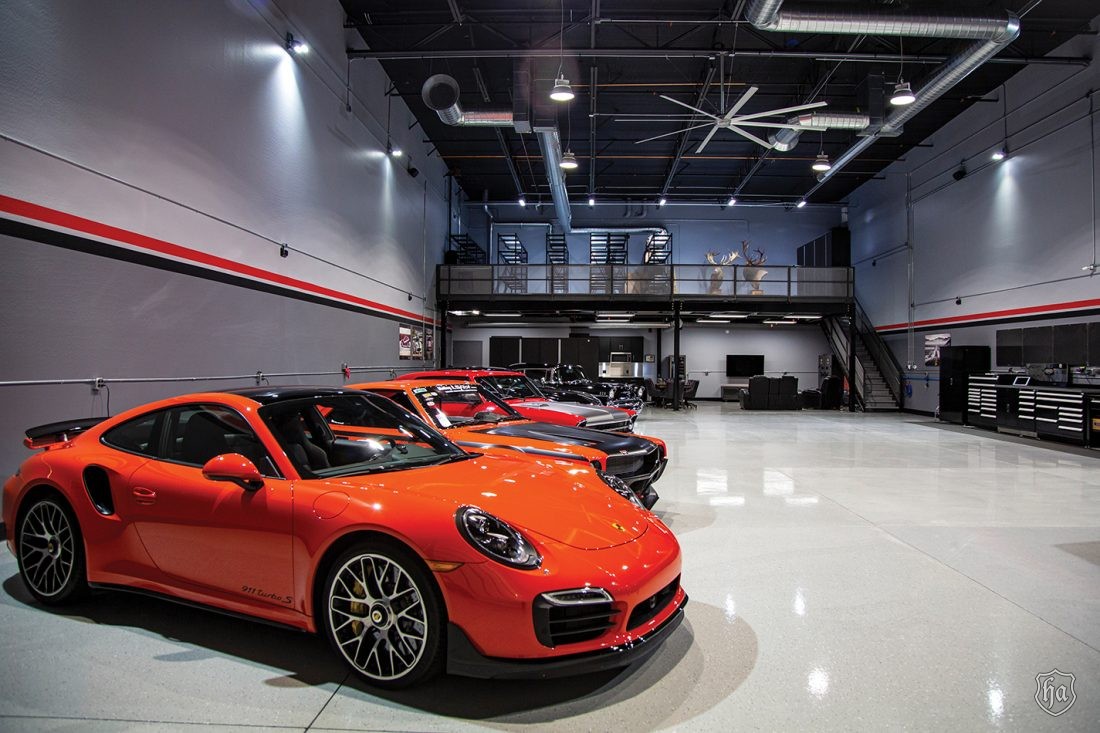 The Garages of Scottsdale is more of an auto-centric lifestyle-forward facility for car enthusiasts. The units provide a mixture of comfort and luxury for each member. Owners at The Garages of Scottsdale like to be around their cars, so sofas, loungers, TV’s, stereo speakers and eating tables share space with coupes, roadsters, SUV’s, classics and exotics.

A gated structure, the Garages can also house boats and RV’s and double as live-work units complete with kitchenettes and bathrooms. But the major draw for its members is the focus on safety, privacy, security and overall peace of mind, something that someone with a collection of unique cars would benefit from.

“Privacy and security is an important issue. Our complex is private and we have security systems placed all around, and each individual has their own security system for their garage. 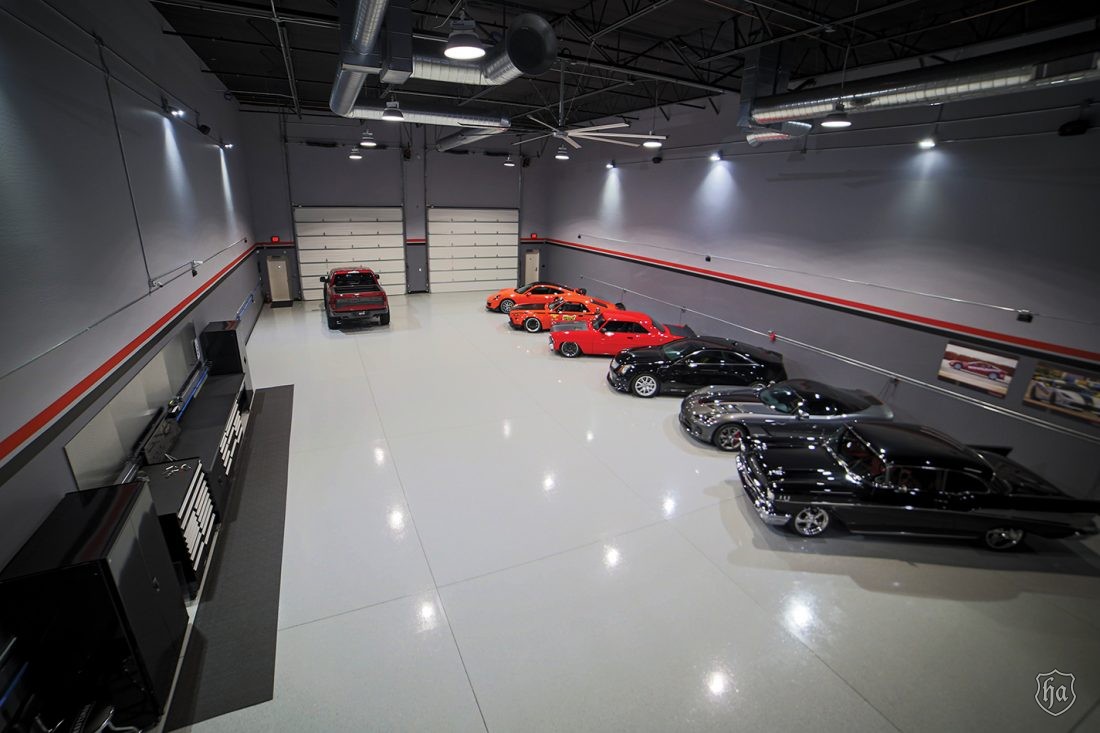 The Garages also highly energy efficient with the ability to stay temperature and climate-controlled throughout the year, upholding the integrity of the cars inside. For members who have more than just a few cars to keep locked away, Gawlik had mezzanines installed and certified by structural engineers from the City of Scottsdale, capable to hold up to 60 tons of inventory at a time.

At this writing Gawlik states that there are still garages available. Bob Gawlik can be reached at rfgawlik@gmail.com or 480-292-2258 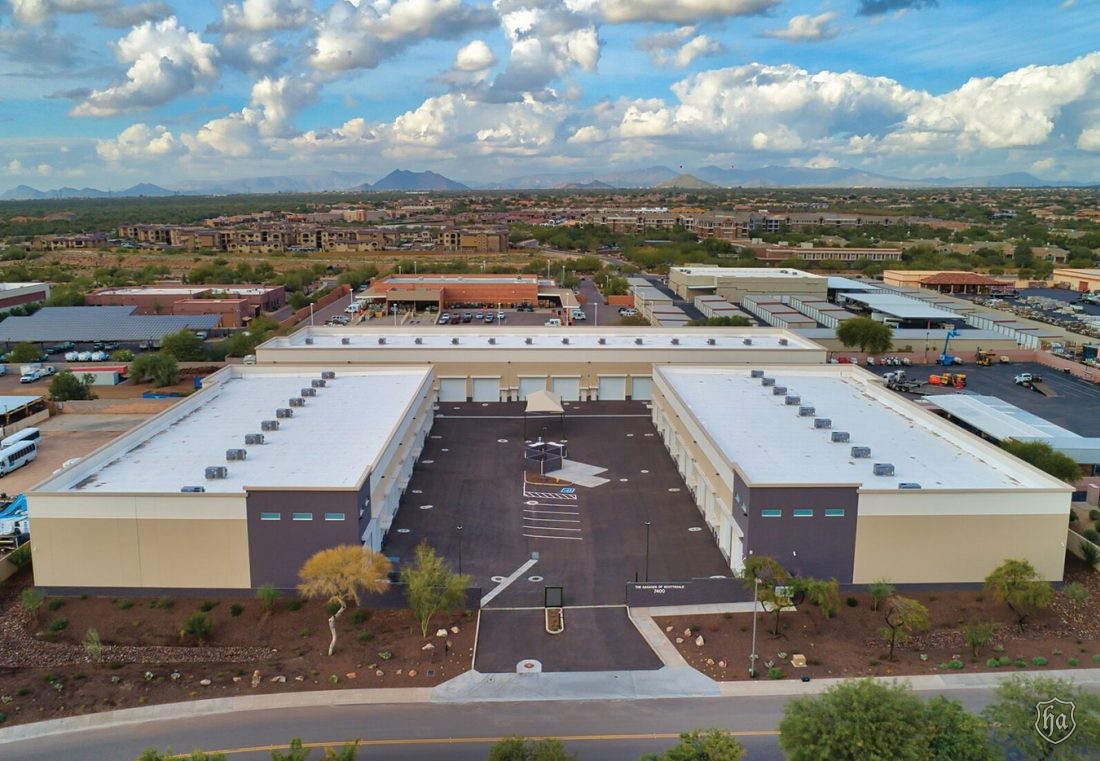