For this year’s annual sweepstakes, the Shelby American Collection in Boulder, Colorado, is offering a fully equipped Shelby GT500. Time moves fast, too: The deadline for the drawing for this instant collectible is September 5, 6 p.m. MDT. The drawing takes place at the museum, 5020 Chaparral Court, an hour later. 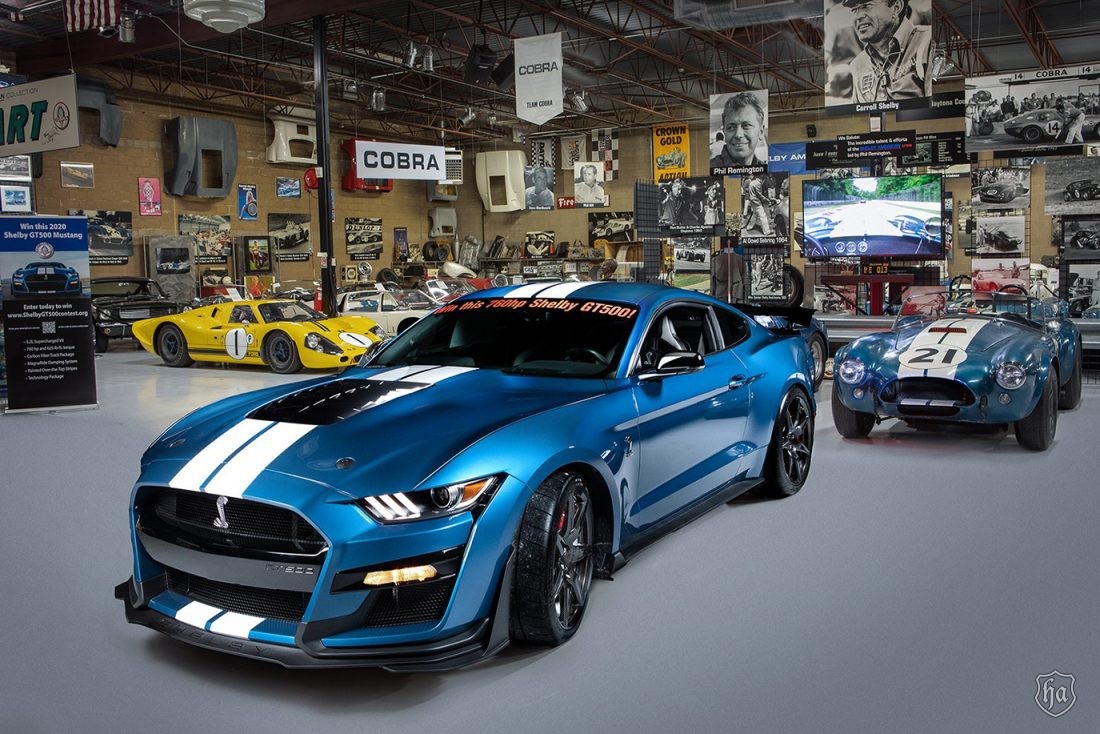 “With 760 horsepower and 625 ft./lb. of torque, this state-of-the-art Shelby is equipped to outrun the competition at the track without sacrificing the luxury and comfort you want for your next road trip,” says Steve Volk, president and CEO of the all-volunteer 501(c)(3) nonprofit.

Other options include the Technology Package with a B&O sound system and “Over-the-Top” painted white stripes, advanced suspension including the MagneRide™ damping system and Brembo™ brakes –– the strongest ever offered by Ford in a production Mustang.

The winner also receives the GT500 Track Attack experience with Ford’s Performance Racing School at the Charlotte Motor Speedway in North Carolina and a $1,000 gift certificate for Adam’s Polishes. A $75,000 cash option is also available. 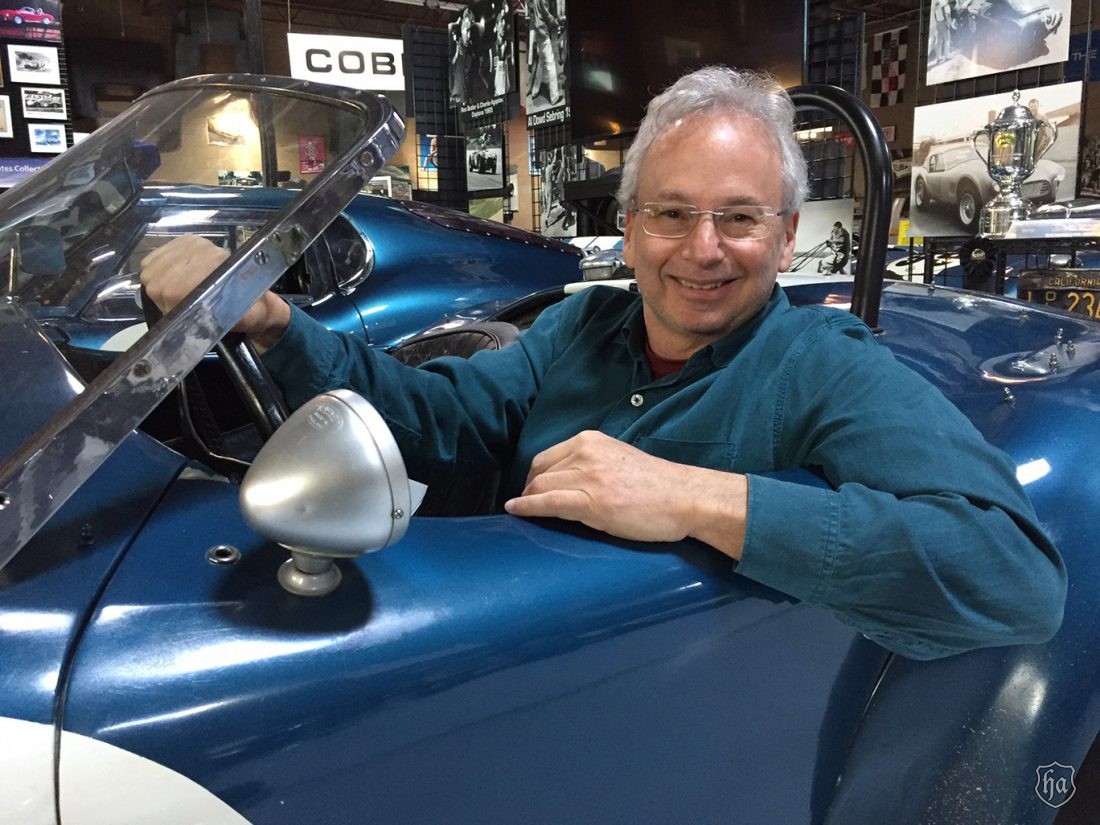 To enter, make a donation to the Shelby American Collection at shelbyamericancollection.tapkat.org/wina2020ShelbyGT500?promo=HIGH25; Highline Autos Readers should use promo code HIGH25 for 25% more entries.

“With its supercar-level powertrain, the all-new Shelby GT500 takes the sixth-generation Mustang to a performance level once reserved only for exotics,” says Hermann Salenbauch, global director, Ford Performance vehicle programs. 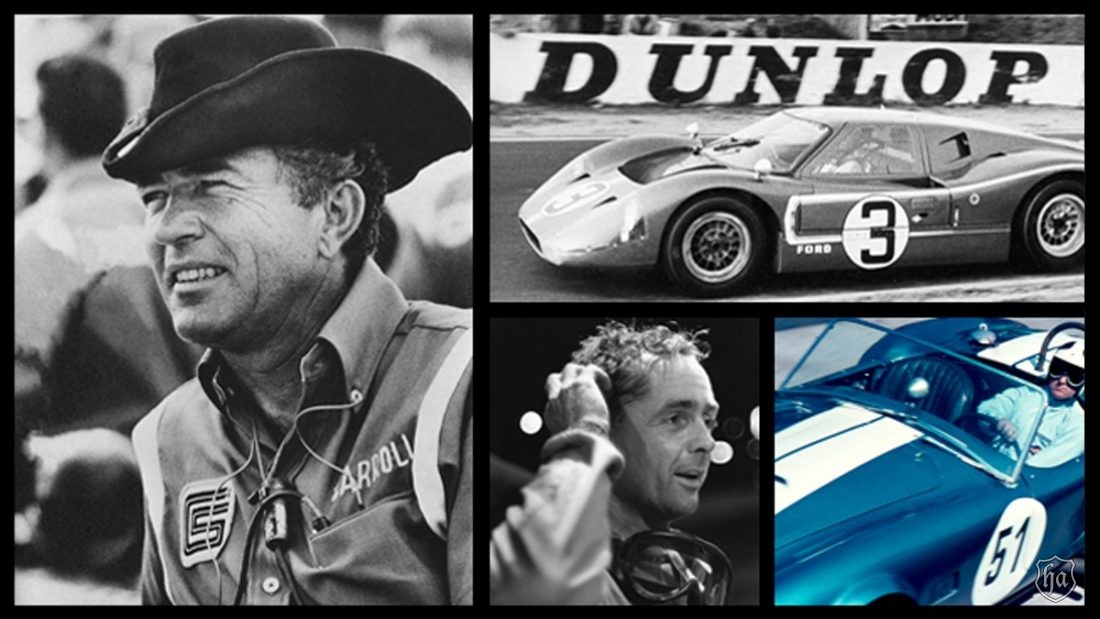 The Shelby American Collection showcases the heritage of the Cobra, Shelby Mustang and Ford GT40 cars that changed auto racing in the 1960s. Founded in 1997 by Steve Volk and fellow Cobra enthusiasts, brothers Bill and Dave Murray, the museum displays approximately 25 classic Shelby racers as well as other marques with unique histories.

“The Shelby American Collection has assembled the finest collection of original Shelby race cars and memorabilia in the world,” Volk says.

Comprising the founders’ cars as well as others lent to the museum, the cars include the small-block 289 Cobras, such as race Cobras and concours street Cobras; the potent 427s; and the Pete Brock-designed — and only American-built FIA GT World Champion — Daytona Coupe.

In addition, the museum collection has the Shelby GT350, GT350R and the 428-powered Shelby GT500, potent predecessors of the sweepstakes car. Other prominent cars, such as the Cobra forerunner, the AC Bristol, and Shelby’s first Cobra CSX2000, are displayed. The museum also includes vehicles from the Larry H. Miller Automobile Foundation.

Standout examples include the 1964 289-powered CSX2345, one of two surviving FIA roadsters and the only one that remains original and unrestored, associated with Bob Bondurant who posted a cumulative time of 14:02.750 at Freiburg, a new record for the over-3.0-liter class; the 1964 Daytona Coupe, CSX2299, in which Dan Gurney once exceeded 185 mph on the Mulsanne Straight at Le Mans (and later said it could have done 200 mph); and the 1967 Ford GT Mk. IV, J-7, which Mario Andretti drove at Le Mans in 1967.

Among the most recent arrivals to the museum are a 1967 Ford GT MK IV J-4, which won Sebring 1964 with its lightened chassis and 550-horsepower 427, and a Ford GT40 GT/103, the oldest surviving GT40 and the first to win a race, with Ken Miles and Lloyd Ruby driving.

“Shelby American put America on the map in the 1960s in US and international racing, winning the USRRC Championship, the 24 Hours of Le Mans in 1964 and the World Manufacturers’ Championship in 1965 in addition to numerous other wins,” says Volk.

“Our mission is to be a public resource for the important contributions Carroll Shelby and the Shelby American Team made for America in racing and the automotive industry in general,” he explains. “Our goal is to preserve one of the most important eras in American automotive history for all generations.”

The 2020 Shelby GT continues that legacy, powerfully. “Everybody remembers when and where they saw their first Cobra,” says Volk, who saw his when he was in high school. “Now you can see one every day in your garage.”