Voilà!: ‘So it is!’ at Scottsdale Ranch

Their café, in one of the city’s fine lake communities, is inviting, intimate, quiet, charming. You’ll hear French music and be welcomed by Ségolène’s “Bon Jour” at the door and, on the wall, a copy of Renoir’s joyous “Luncheon of the Boating Party.” Stay a while, relax, enjoy, inside or out on the patio. 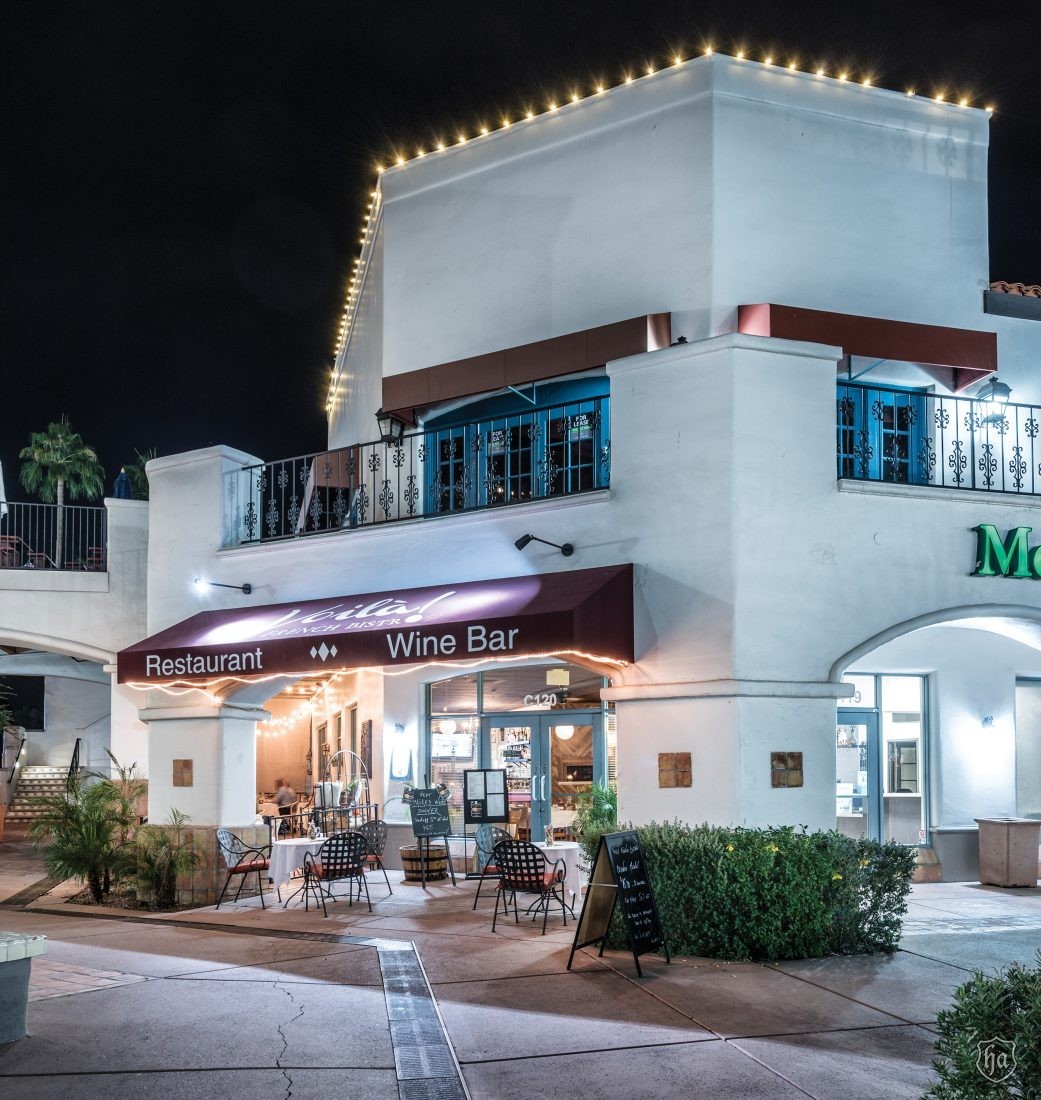 Voilà serves lunch and dinner. Excepting the bread, everything is house made, including the pastries, sauces, pâtés and quiches.

Desserts include three soufflés with chocolate and Grand Marnier and topped with a dollop of vanilla ice cream.

For those interested in wine-paired dinners, Voila’s final of the season is April 29, “La Grande Soirée.” 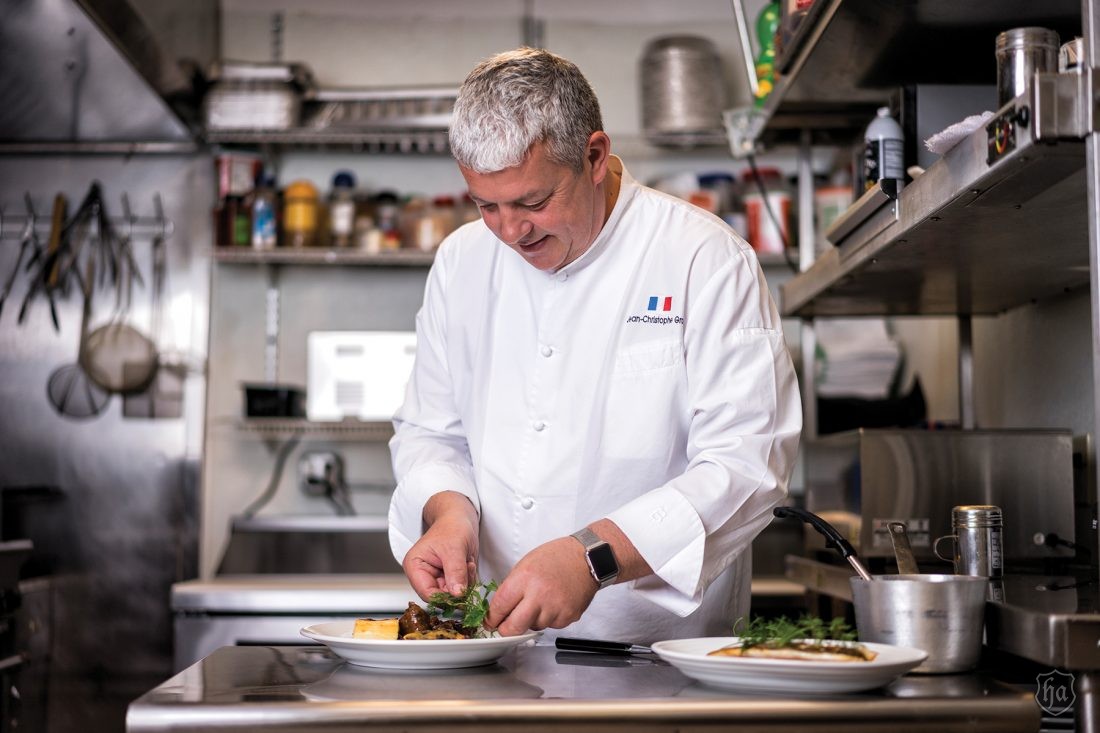 Ségolène and chef purchased the existing Voilà in October 2015. They had just moved to Scottsdale from France, where both were born, she in the north and he in the small northeast town of Neufchâteau, population approximately 7,300, at the confluence of the Meuse and Mouzon rivers in the Vosges Mountains area, a three-hour drive from Paris.

“I learned to cook watching my mother, so when I was about 15 she arranged a job for me at a local restaurant,” he says, as Ségolène translates. Life-setting, the job was at the Michelin-starred Relais Châteaux Les Bas Rupts in the ski-resort town of Gérardmer.

His mentor there 30-plus years ago was Chef Michel Philippe. “He welcomed me in the kitchens and taught me everything,” he recalls. 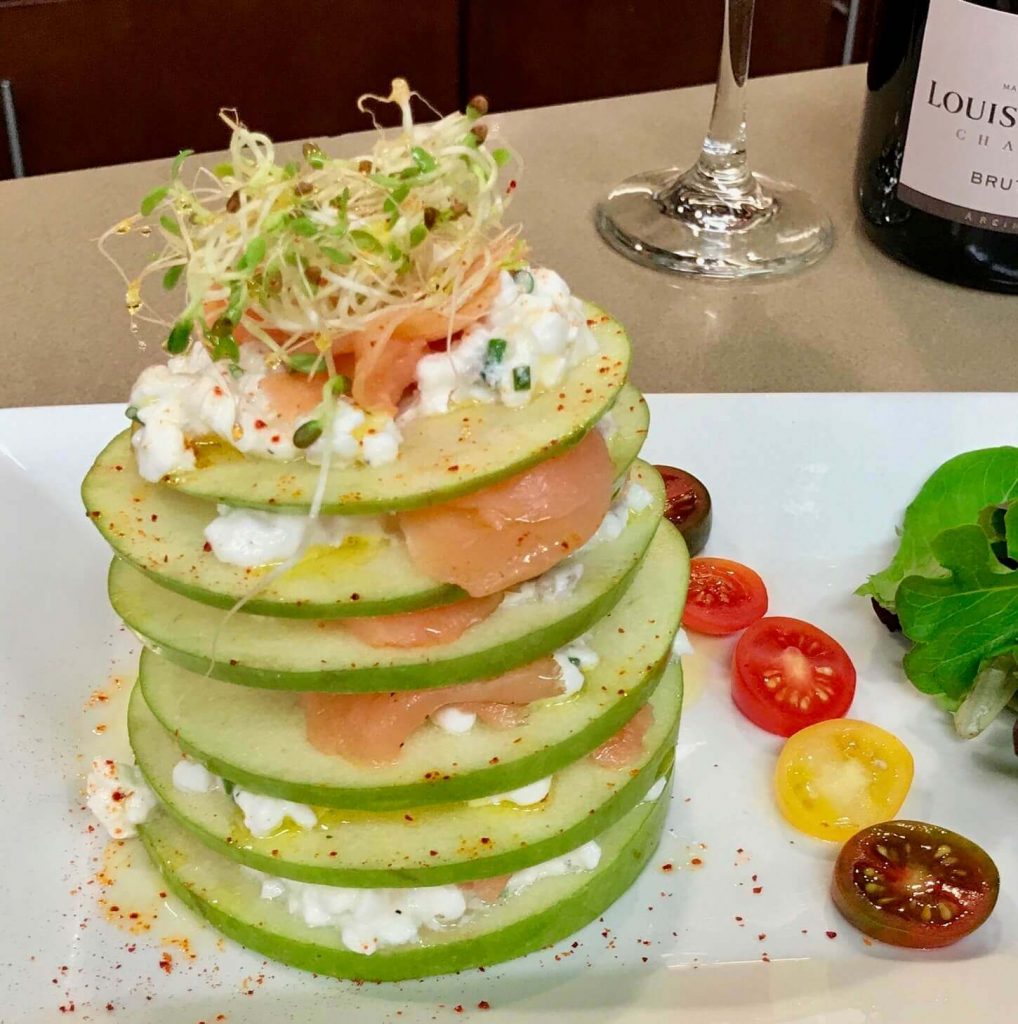 He learned well: Chef Gros eventually owned three hotel restaurants in the area and became well known throughout eastern France for his cuisine. The couple met in 1998 in one of these hotels in Neufchâteau.

“He was in the kitchen and worked with the wines, and I was on the floor serving or hosting in the lobby,” Ségolène said. “We worked together for two years –– nothing –– and then we fell in love.”

Seven years ago, they visited Las Vegas and wedded. “It was so romantic for us,” she recalled. 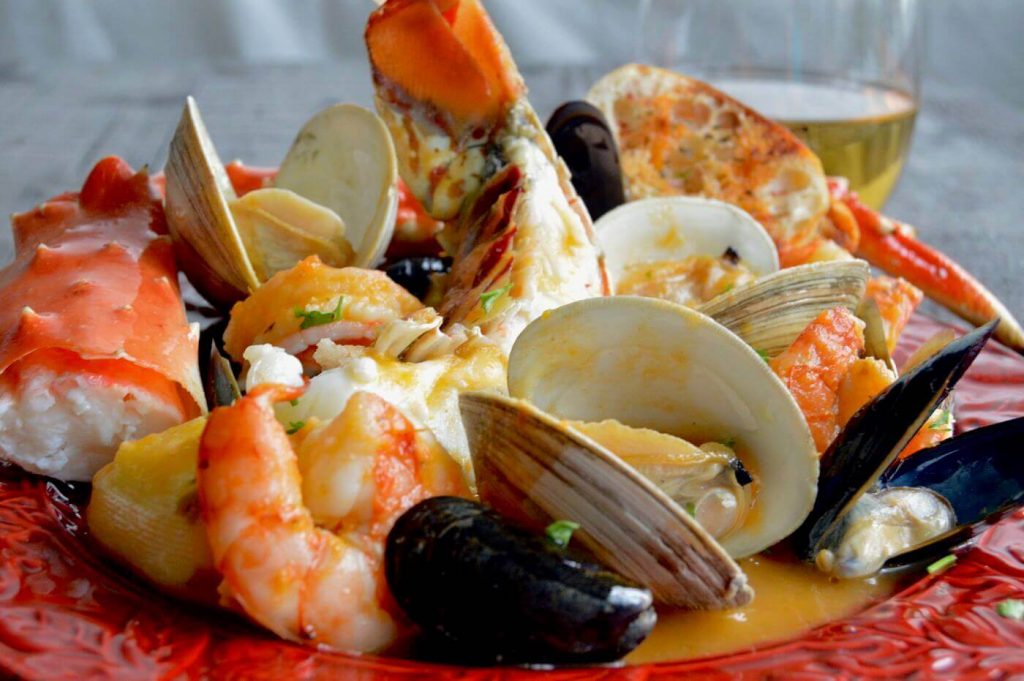 For sure, you’ll take to their food, with passion.

“Ours are traditional French dishes with a modern elegance but still very flavorful and normal-size portions,” chef says. “This is not la nouvelle cuisine but ‘la cuisine traditionelle moderne’ with modern dishes.”

“I would say that my cuisine has a Provençal tendency but I also offer dishes from all French regions in my dinner specials,” he says. Thus, you’ll find Escargots de Bourgogne, snails in a Burgundy-wine broth; Moules Provencales, mussels, garlic, celery, white wine and tomatoes; Filet de Boeuf Sauce Béarnaise, filet mignon in béarnaise; and Traditional Poulet Basquaise, chicken and white wine in the Basque style.

“Bonne journée et à bientôt!” Ségolène says with a big smile on your departure: “Have a great day, and until the next time.” 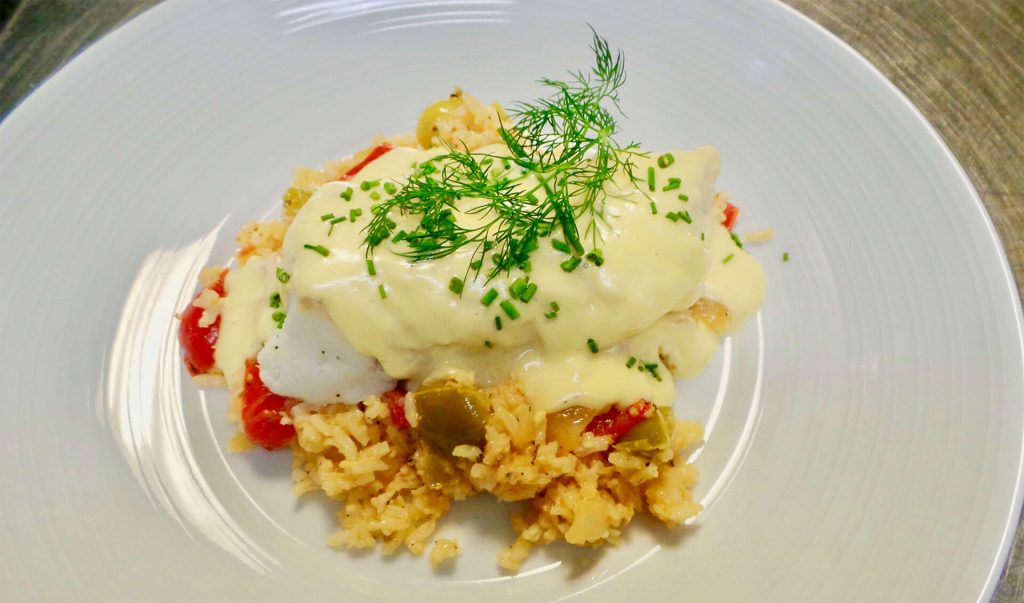