Here are two winning reasons to visit Knoxville, Iowa, this summer: one, to visit The National Sprint Car Hall of Fame & Museum, and second, to pick up your 2020 Torch Red Z51 Corvette and drive it home accompanied by great memories of “The Sprint Car Capital of the World.”

The sweepstakes is a fundraiser for the museum, One Sprint Capital Place, the world’s only museum dedicated to promoting the future of sprint car racing and preserving the sport’s history. To enter, visit WinaZ51Corvette.com. The drawing is Saturday, August 15, and you don’t have to be present to win. If you do, you can pick up your new mid-engine ’Vette at any time after the drawing on Saturday, August 15, 2020. A $75,000 cash option is available.

“Our WinaZ51Corvette.com sweepstakes allows us to keep our museum open year round, so that race fans can visit us and learn more about the history of sprint car racing,” says Bob Baker, its executive director. 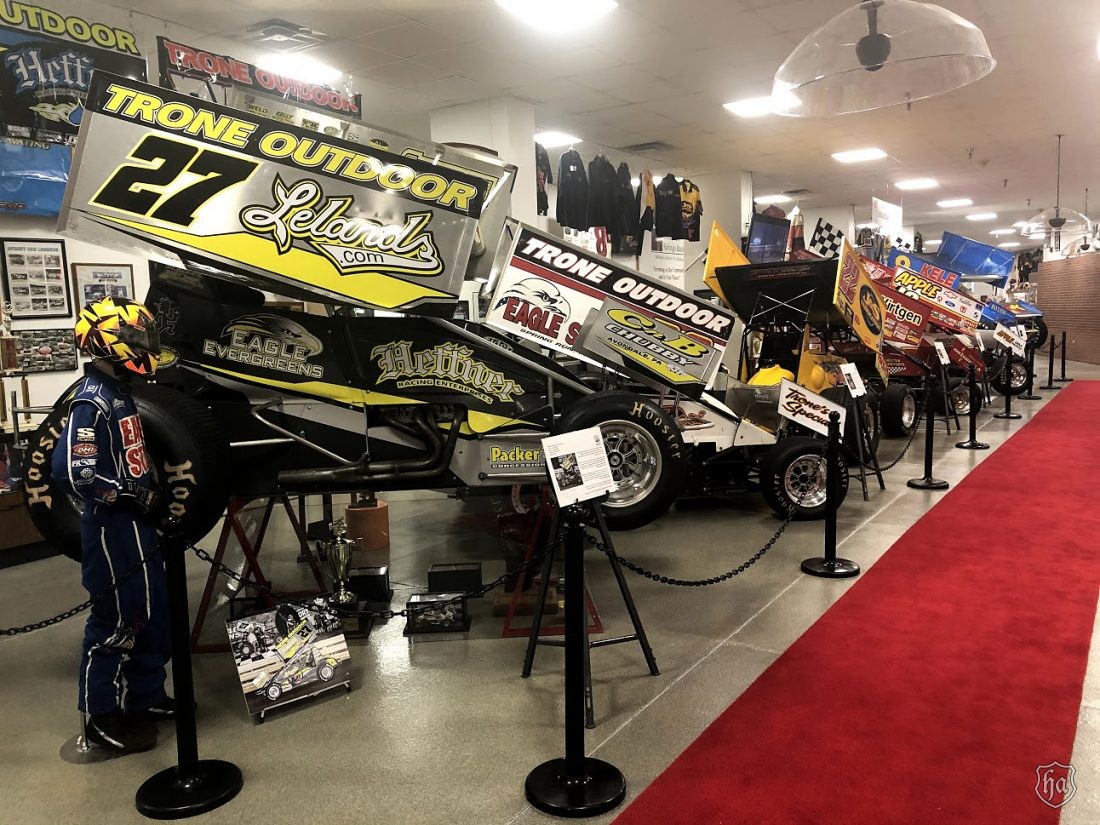 Open year-round, seven days a week, the 501(c)(3) nonprofit museum showcases approximately 30–35 sprint cars with always changing exhibits, displays, movies in the second-floor theater and race cars loaned to the museum by the owners and fabricators who have restored them.

“We like to keep things exciting and fresh for every time our visitors step through our front door,” says Baker, adding that the museum store features the largest collection of sprint car merchandise anywhere. 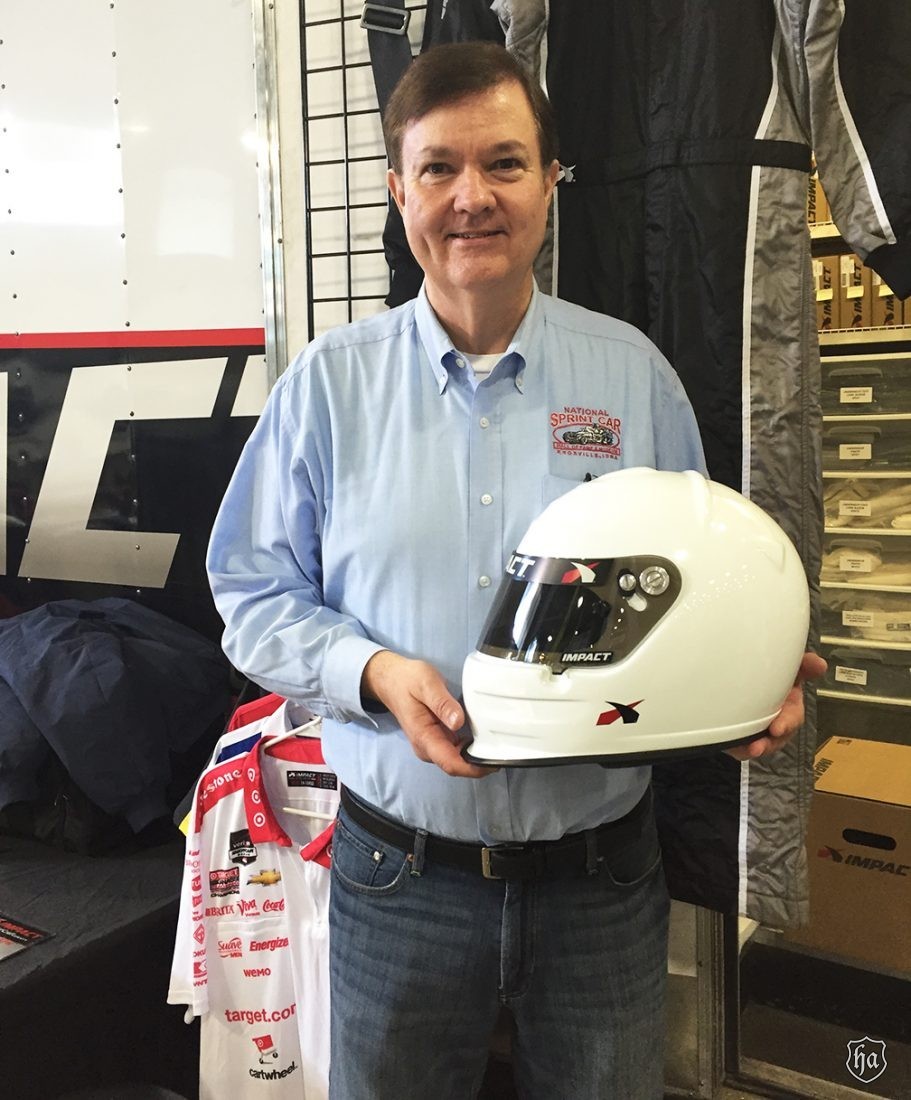 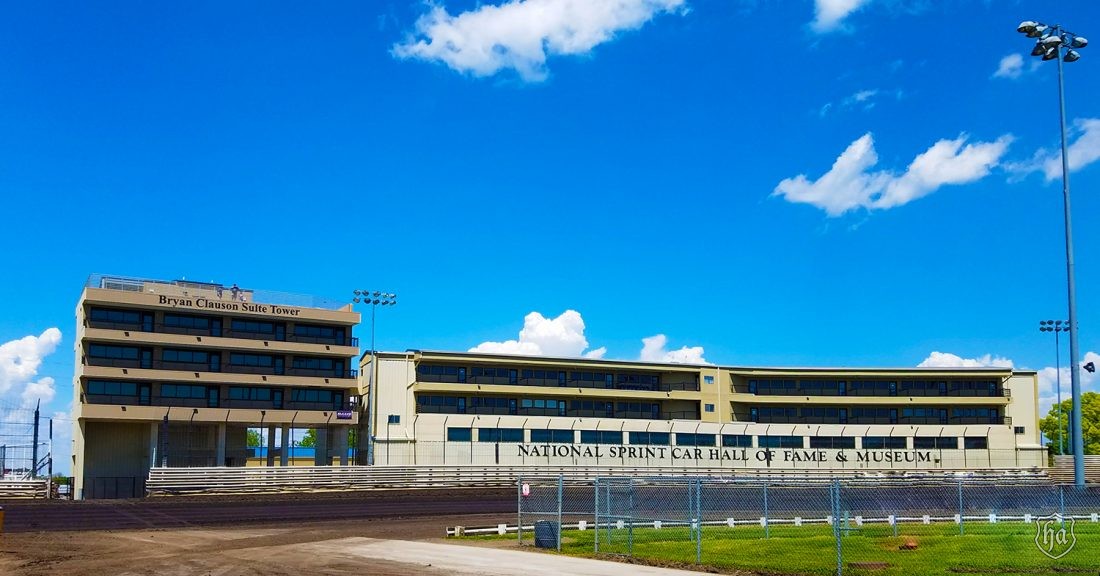 The first sprint cars were called “Big Cars” through the 1950s, and later Speedsters, Roadsters and Super Modifieds were added, said Allan Brown in The History of America’s Speedways, Past and Present.

In 1915, the International Motor Contest Association (IMCA) was formed by state fair managers, inspired by the popularity of the motor car. Local ½-mile dirt tracks managed by them, also used for horse racing, became the venues for the early sprint cars.

A lighter car with a shorter wheelbase was perfect for these short distances, so Model Ts were lopped to an 88-inch wheelbase; today’s sprints have about an 86-inch wheelbase, so the early customizers were right on track. 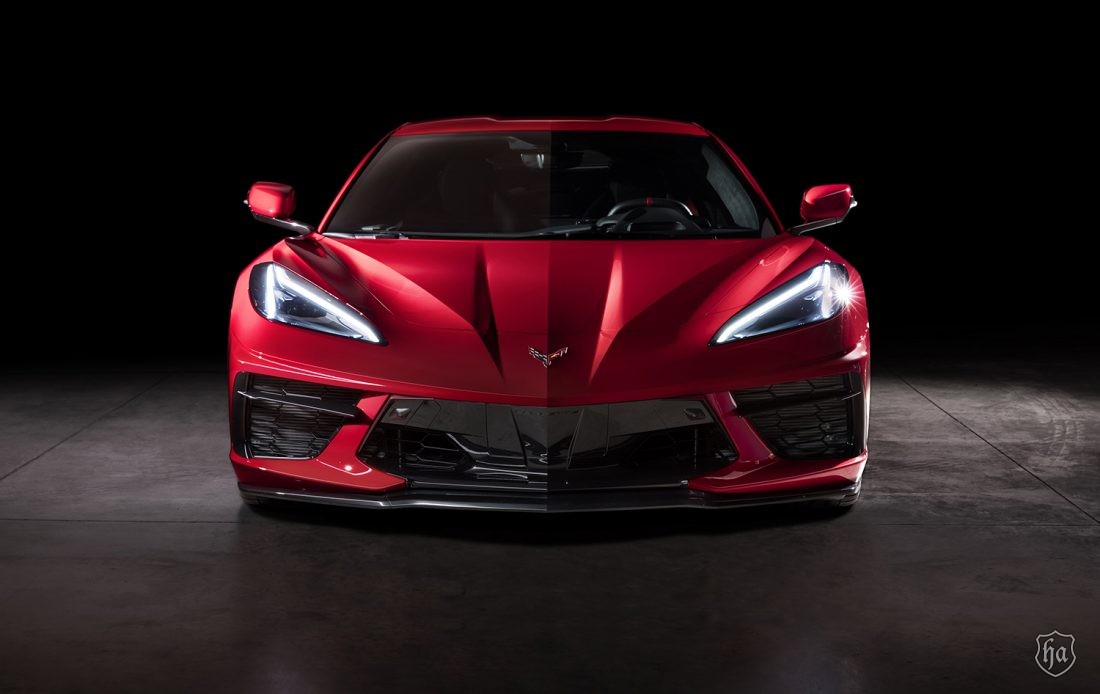 After World War I, the sport became popular, with a number of organizations scheduling competitions, including the American Automobile Association (AAA), the World of Outlaws (WoO), United States Auto Club (USAC) and the American Sprint Car Series (ASCS). Under any sanctioning body, the sport was dangerous, with the driver’s head high and vulnerable, Brown notes. “The average career of a driver was only seven years in this era.”

The great Offenhauser engine dominated the sport until the 1960s, when the today’s Chevrolet V-8 followed, now in fuel-injected configuration. For the most part, today’s cars also have large wings mounted on the roll cages; these provide stability, increased downforce for better traction and safety.

“The shape of the one-man Sprint Car has remained basically the same since the early days of the racing,” Brown writes. “The driver sits upright directly behind the engine compartment. The bodies are only big enough to cover the engine, driver and fuel tank. The wheels are exposed with no doors. Except for streamlining and chassis and tire improvements, today’s Sprint Car looks and reacts similarly to their ancestors of seventy-five years ago.” 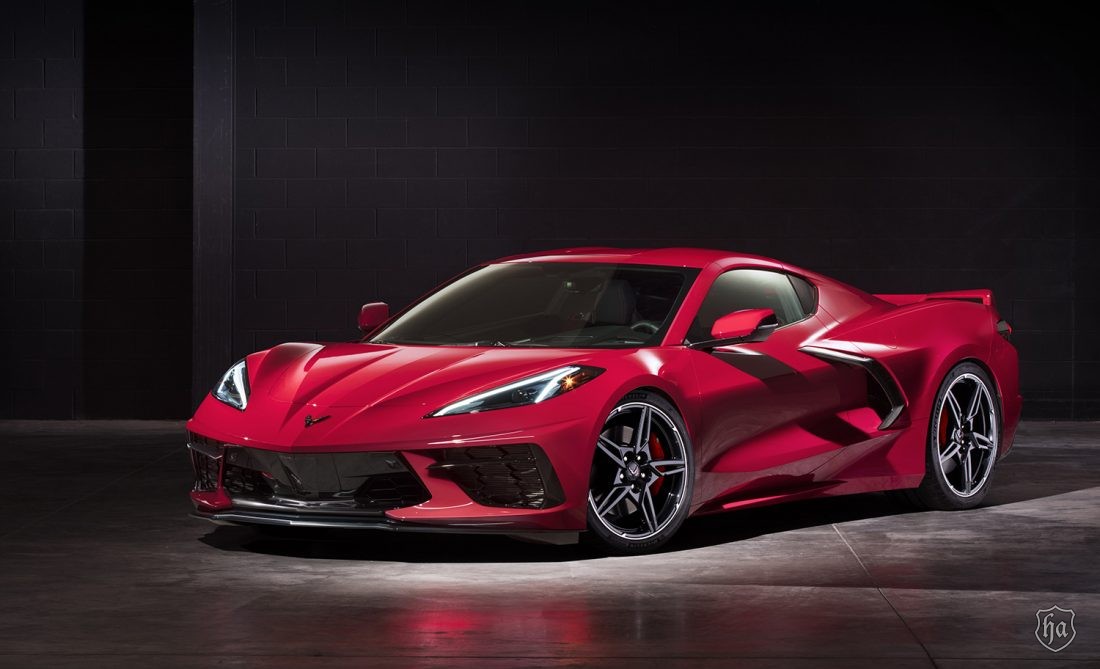 Knoxville Nationals and the Sprint Car Hall of Fame

The world’s largest sprint car race, The Knoxville Nationals, will be held the second weekend of August at the Knoxville Speedway and pays out nearly $1 million to the drivers who come worldwide to compete. A week prior, the 31st Annual National Sprint Car Hall of Fame induction banquet will be Saturday, August 1, at the museum.

The National Sprint Car Hall of Fame has inducted 390 drivers and others who have contributed to the popularity of the sport. Among the first inductees were early legends and modern counterparts such as August and Fred Duesenberg, Barney Oldfield, Louis Chevrolet and A.J. Foyt Jr. 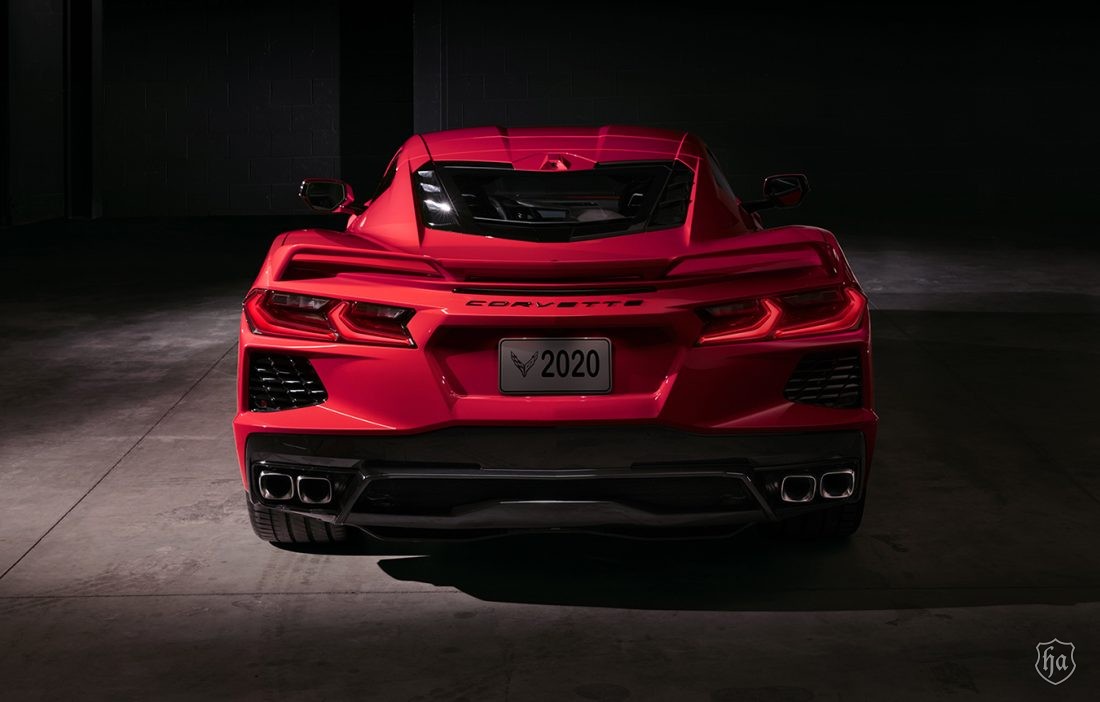 Through October 1, the museum is featuring 12 previous winning race cars of the Knoxville Nationals and “Salute to Champion Greg Hodnett,” featuring eight of the sprint cars driven by the Pennsylvania sprint-car racer who died in September 2018 following a crash in a race at BAPS Motor Speedway in York Haven, Pennsylvania. The 1993 World of Outlaws top rookie, the 49-year-old driver won 20 World of Outlaws races in his great sprint car career.

For more information on the museum, call 800.874.4488 or 641.842.6176, see sprintcarhof.com or email, sprintcarhof@sprintcarhof.com. The online store can be accessed 24 hours a day at SprintCarStuff.com. For more on the sweepstakes and for entering, see WinaZ51Corvette.com. And, for the 2020 Knoxville Raceway schedule, see knoxvilleraceway.com/Schedule.aspx. 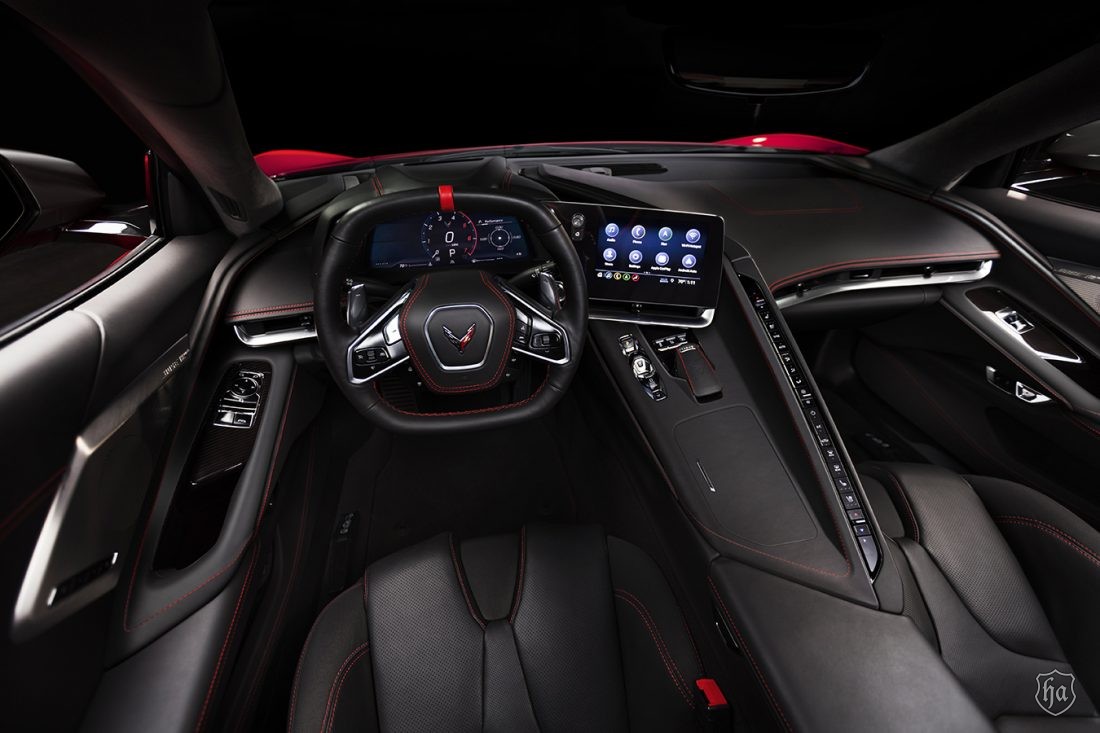