Win a 427 Cobra from the Cobra Experience

Drive home a dream Snake this summer from the Cobra Experience in Martinez, California.

The 25,000-square-foot facility showcases approximately 23–29 Shelby-related cars including the history-making Shelby Cobra, GT-40, Daytona Coupe and GT350. Carroll Shelby, the Texas-born Le Mans-winning driver and entrepreneur campaigned the cars to historic success from 1962 to 1968 from his Shelby American company in Southern California.

Just off Highway 4, Martinez is 30 minutes east of San Francisco; also here is the John Muir National Historic Site, the great naturalist’s home from 1880 until his death in 1914. 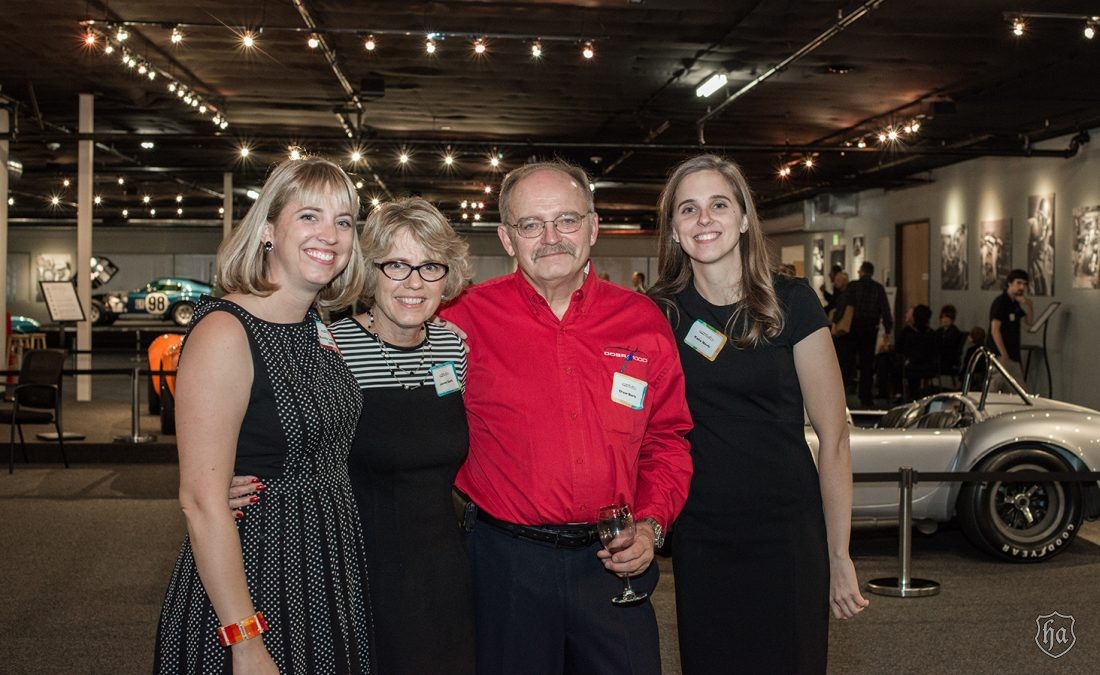 The Serb family opened the Cobra Experience in November 2014. They include Shelby enthusiast Drew, his wife Janet and daughters Emily and Kate, all long-time East Bay residents.

“In the 1960s, the Shelby Cobra captured the heart and imagination of car-racing enthusiasts,” Emily explains. “These cars remain giants for their contributions to the evolution of the muscle car industry in this country. The promotion, conservation, education and preservation of the cars produced by Shelby American is the linchpin of the Cobra Experience.” 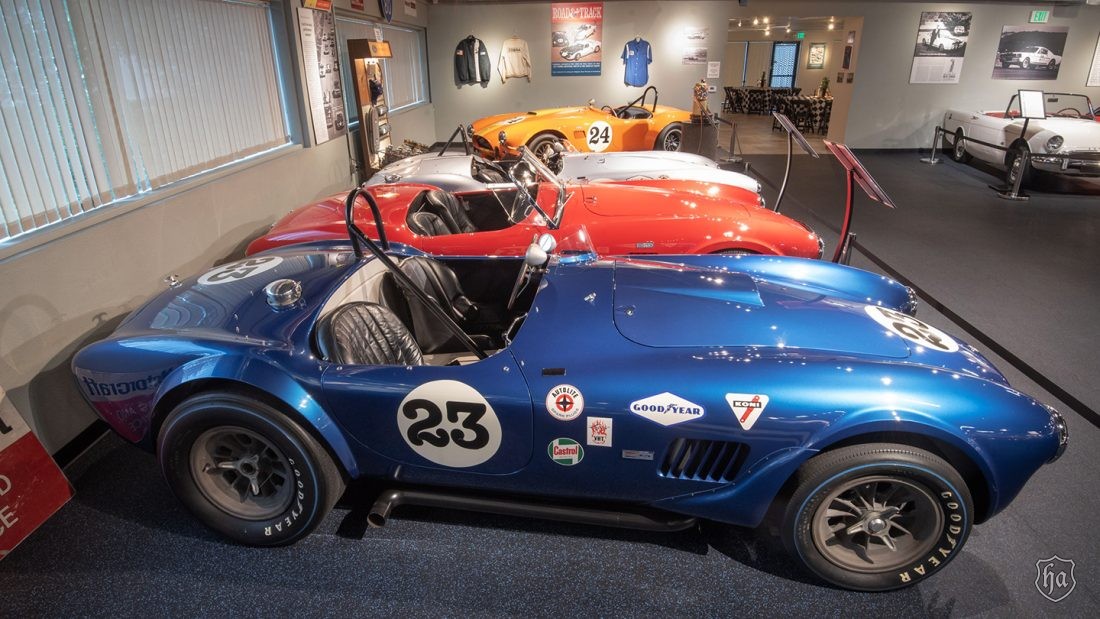 One of the Cobra Experience cars can be yours: a 427 used in the LAX hangar scenes in the film FORD v FERRARI. The museum will award the car, which comes with a confirmation of authenticity, to the lucky ticketholder on August 1, 2020, 1:45 p.m. PST.

The 2019 427 Superformance Cobra was completed by Drew Serb’s Cobra Performance team. Known for attention to detail, craftsmanship, commitment to both quality and authenticity, the company restores Cobras and supplies parts for the great cars. 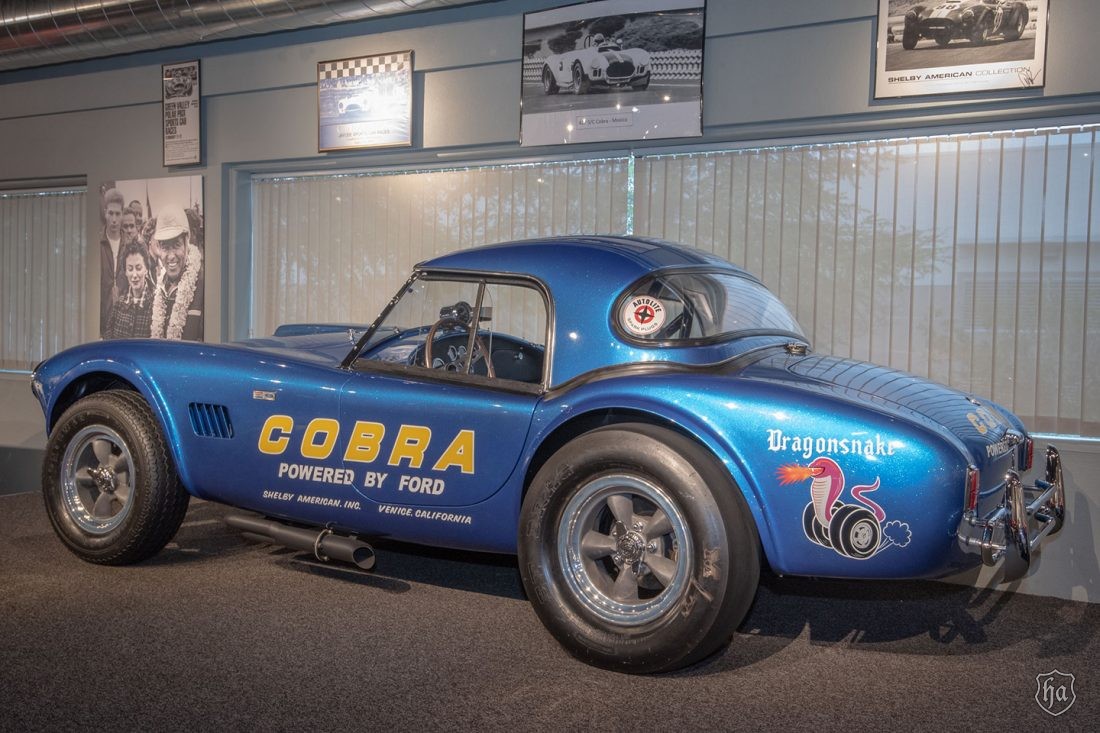 Those who donate (you receive tickets based on the amount) are automatically entered. Proceeds will support and further the museum’s mission to promote, conserve, educate and preserve the cars produced by Shelby American. “In addition, it will help us to expand and continually develop our program to educate the public and the next generation of automotive enthusiasts about the legacy of Carroll Shelby and these great cars,” Lambert says.

To find out more visit WinACobra.org. Highline readers can receive a promo code for 25 percent more tickets at cobraexperience.tapkat.org/427superformancecobra?promo=HIGHLINEMAG.

The Drive to a Museum 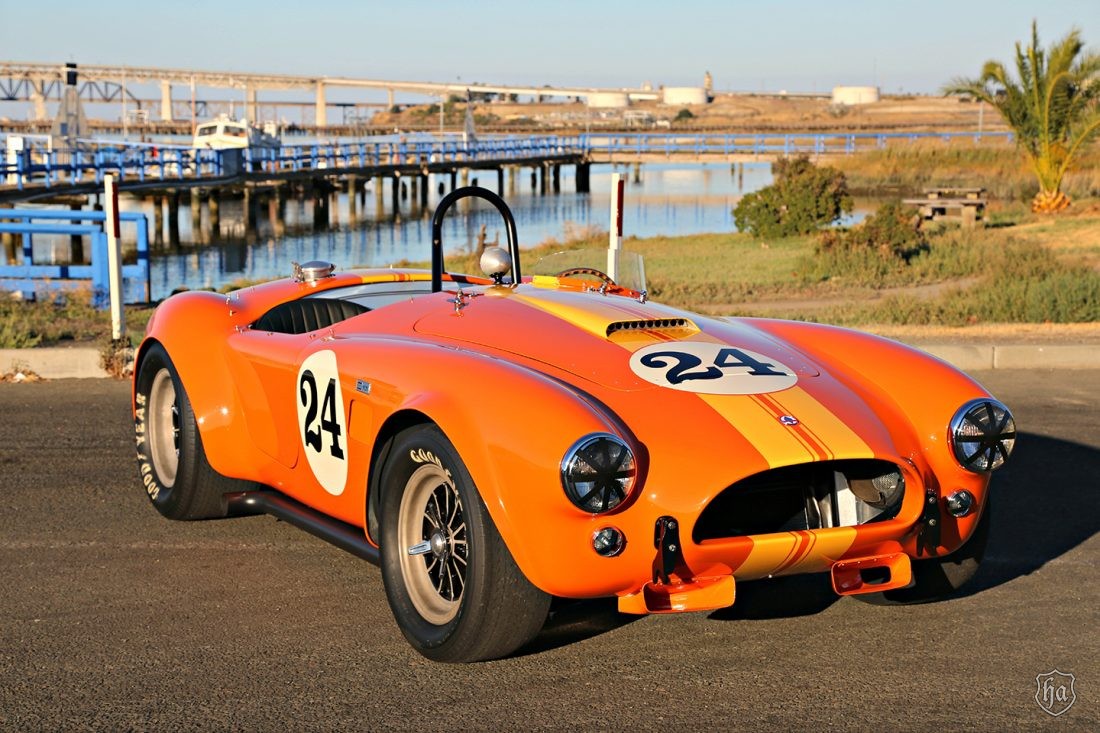 Drew, along with many American racers and fans, was enchanted by the Cobra, and in the early ’70s, he began restoring them, while amassing spare parts, artifacts and memorabilia. “He wanted to share these increasingly rare cars with the public and transformed his passion for the cars into the Cobra Experience,” Lambert says.

The goal is education. “These were unbelievable accomplishments by Ford and Shelby American. During the 1960s, they started with nothing and won every major race including Le Mans in the GT class in 1964, and four times in a row overall from 1966–1969, for a total of five times!” Lambert says. “It’s a great part of racing history, and this legacy must be told, and there is no truer connection than the love of the owners for these cars and the branding.”

The 6th-Annual Cobra Day Car Show will be held outdoors on August 1, the day that the sweepstakes Cobra will be given away. The museum is open monthly with a Cars, Kids and Coffee the third Sunday of each month from 10 a.m. to 3 p.m. 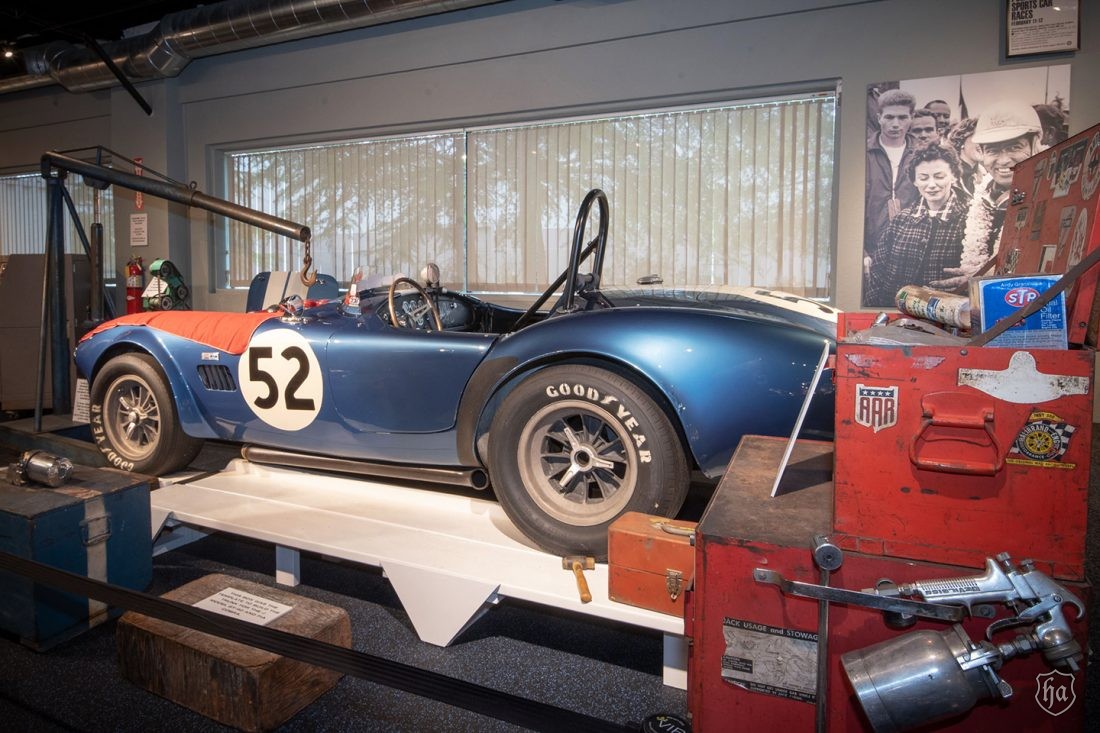 •CSX2154 (1963) –– This is the first of the second series of the original “Le Mans Replica” race cars, built as a SCCA race car. The classic is owned by the museum. 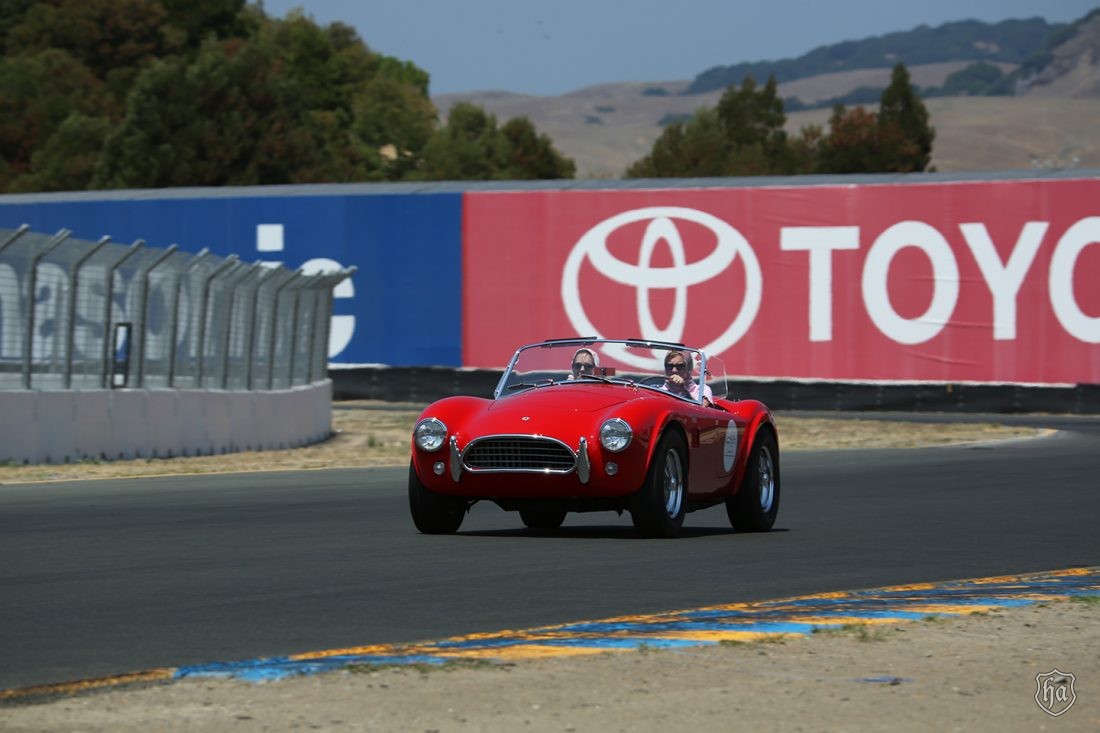 The 289-cid-equipped racer features a one-piece 37-gallon gas tank which protrudes into the trunk; it is one of the six Le Mans cars that features a short trunk deck, large side vents, spats behind front wheels, 6.5/7.5 Halibrand magnesium wheels and a race windshield. “This was the first race car sold by Shelby American as a new race car,” Lambert explains. “Previously, all cars sold by the factory were used race cars.”

Driven by Jere Kirkpatrick, the car set new records at Fremont and Riverside, California, and Arlington, Washington, in the NHRA/Stock Sports Class. Its best quarter was 11.81 seconds at 116.27 mph. 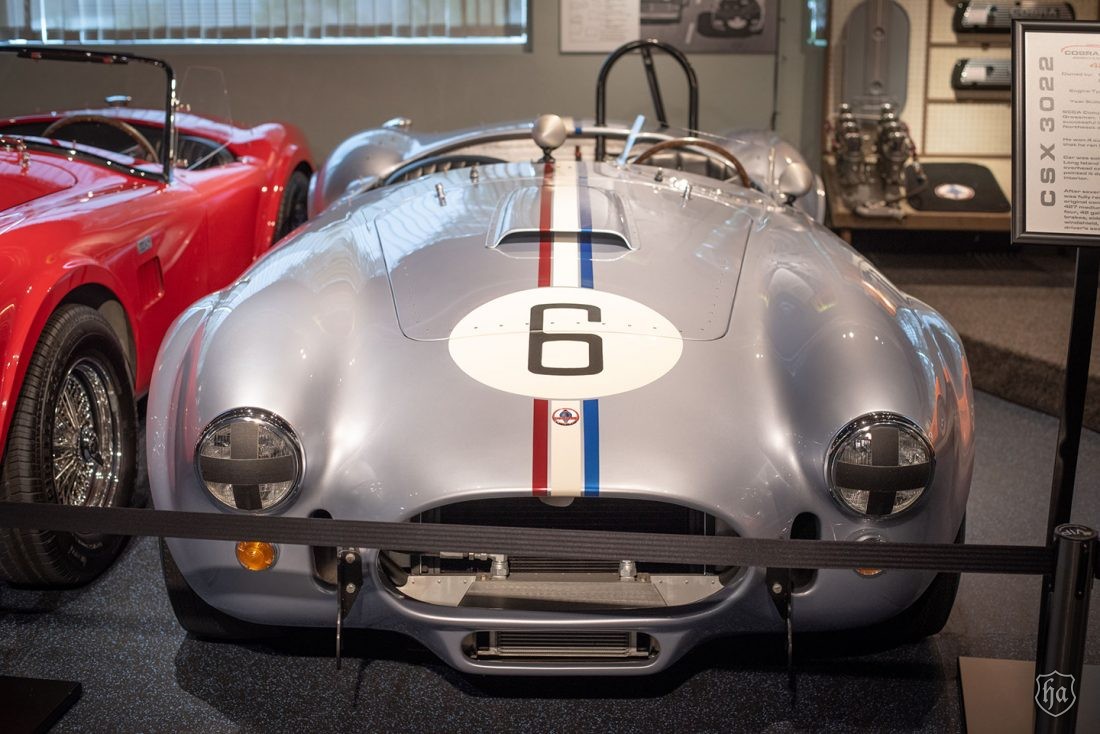 In the 1970s, it was damaged and then restored to the original specs in the late ’90s.

•CSX2409 (1964) –– Also a 289 cid, this was designated at AC Cars as a “Race car with wide rear wings” and is one of five Shelby American USRRC (United States Road Racing Championship) Cars with “cut back doors.” The Serbs also own this car. 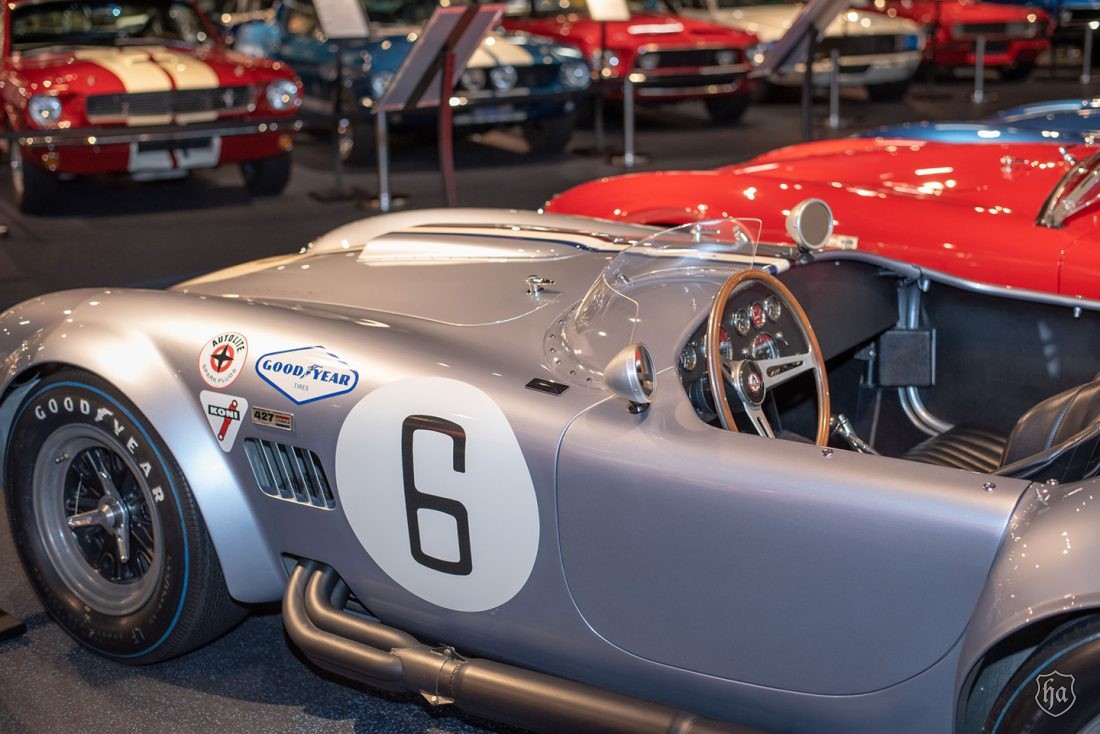 Liveried in orange, it was sold new privately, unusual at this time, to Graham Shaw Jr. in June 1964 He raced it June 28 at Watkins Glen, New York, and on July 4 at Lake Garnett, Kansas, where it was in an accident. Shaw was hospitalized with a broken back and ribs.

Restored in 2008, this is most likely the lowest mileage cobra on the planet, she says.

•CSX2514 (1964) ––Owned by The Cobra Experience Martinez, this 289-cid-powered car was also designated at AC Cars as a “Race car with wide rear wings.” It is also one of five Shelby American USRRC (United States Road Racing Championship) cars with “cut back doors.” 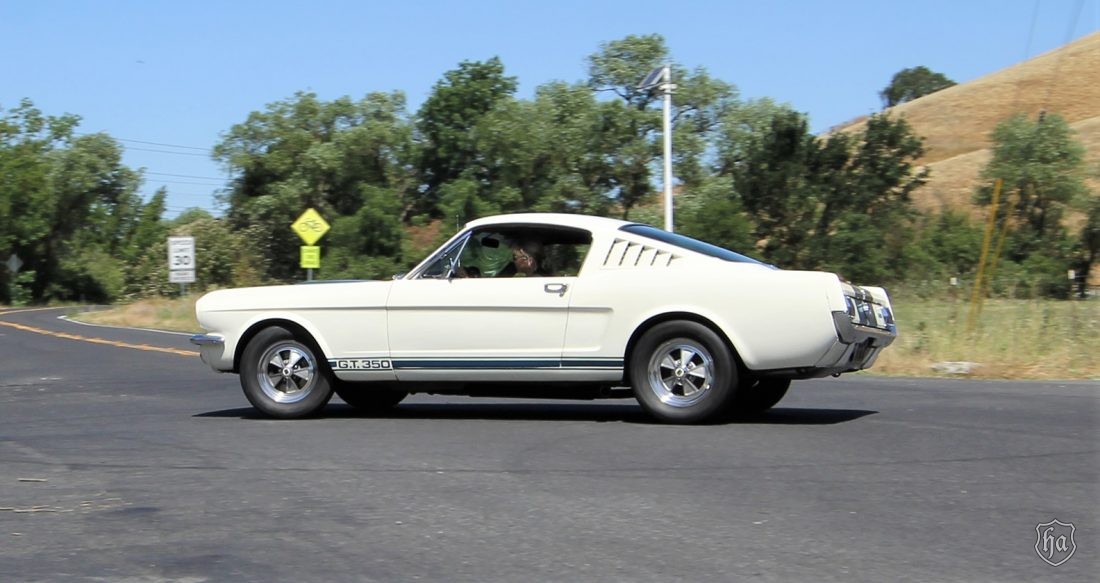 This was also sold new privately to Arthur Root of Seattle, Washington, on July 27, 1964. Gordon Gimbel, Sacramento, California, acquired it in June of 1976.

The following year, the Cobra won the Laguna Seca Monterey Historics and was vintage raced extensively until the spring 2013.

Now owned by the Serbs, it was owned for 42 years on the East Coast until it came to the West Coast in 2002. This car has a rare 6-bolt 289; most other 289s were shipped with 5-bolts. “Don’t roll your eyes at the automatic,” Lambert says. “It will light them up as long as you hold it down!”

The big-block was sold to a Long Island man who installed a SOHC engine and painted the car dark blue with red interior. After several owners, it was restored to its original condition in 1992 with a full-race 427 medium riser, a single 4-barrel, 42-gallon fuel tank, race brakes, side pipes, roll bar, race windshield and competition driver’s seat. The Serbs are now the owners.

The 289 cid-powered GT had a Ford limited-slip differential which was replaced by a Detroit Locker. It was shipped to Hi-Performance Motors in El Segundo, California, and remained in California until 1991.

The classic was featured in Ford and Mustangs Magazine in January 1995. After having several owners in the South and East Coast, it returned to Northern California in 2015. It has now participated in several GT-350 tours.

If you or someone you know has a GreatGarages and would like it to be considered for an upcoming issue, please email us at info@highline-autos.com.